Twenty-eight percent of Americans didn’t read a single book in 2015. More then 50 percent didn’t take one step into a library, according to Pew Research.

Compare that to about three hours spent by the average person watching television or movies and nearly five hours spent using cell phones each day.

Library usage rates continue to drop across America, including at BYU. The checkout rate in 2015 was about 40 percent less than what it was in 2009, according to the library’s website statistics. 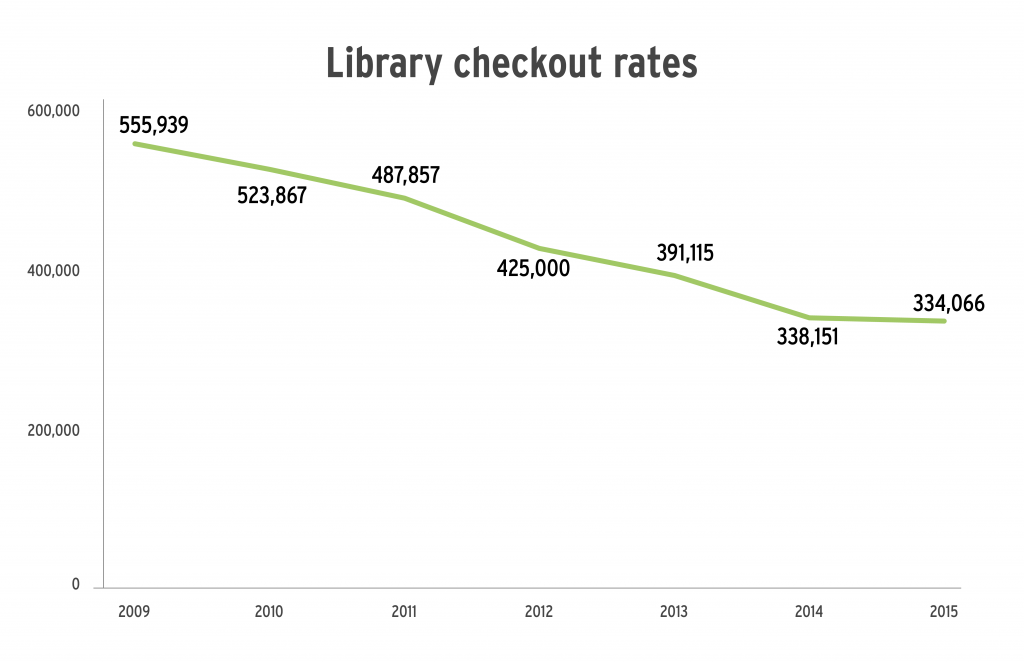 Senior Jacob Crockett, from Brownsburg, Indiana, checks out less library books now than he did in the past. He said he enjoyed reading with his family and on his own as a child.

“I haven’t read very much in the last couple years,” Crockett said. “I used to read a ton. Now, it’s Greek mythology for class.”

Crockett checked out about three books per week from elementary to high school. Now, he averages about a book per year from the Harold B. Lee Library.

Roger Layton, Communications manager for the Harold B. Lee Library, believes decreases in the library’s check-out rates may be due to a shift in reading habits rather than a decrease in reading overall.

“My assumption is that people are doing a lot of reading, as much or more than ever, but they are reading on devices. They are reading websites. So, books have declined,” Layton said.

The library is supplying more digital options for students as a response to technological trends and now purchases only digital versions of journals, if available. The digital collections has grown from about 200,000 in 2009 to nearly 3 million in 2015, according to the library.

“The library has a number of options for e-books, and that’s very convenient,” Layton said. “You don’t have to get out of your pajamas and go to campus.”

While digital opportunities have increased at the Lee Library, the library’s online statistics show that website clicks, used to gauge collection use, have decreased since 2009. 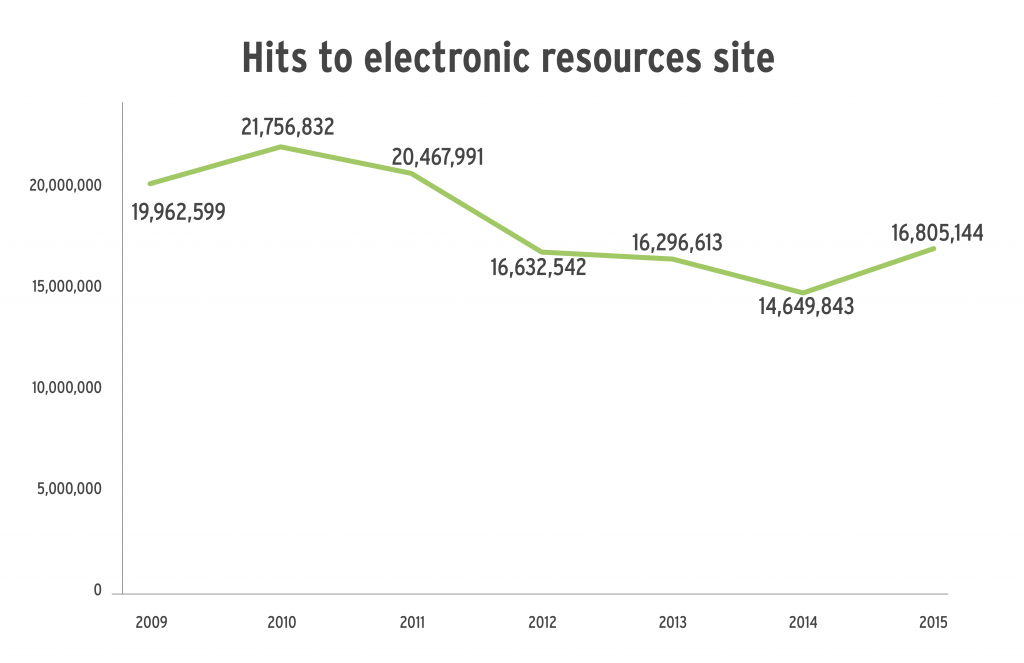 Layton said this may be because of current complications in web interfaces. He explained that reading an e-book using the library can become complicated. Some systems require three different downloads before accessing a digital book, issues the library is working to fix. Though lower than in 2009, online use in 2015 increased from the previous year.

“We know there are people who do their research online. They write their reports online,” Layton said. “They’re at their computer all day. They actually like to go back to print books.”

Crockett agrees that he finds print books more enjoyable. He attributes his lack of book checkouts to a different problem, saying he’d read more if he had less work and school.