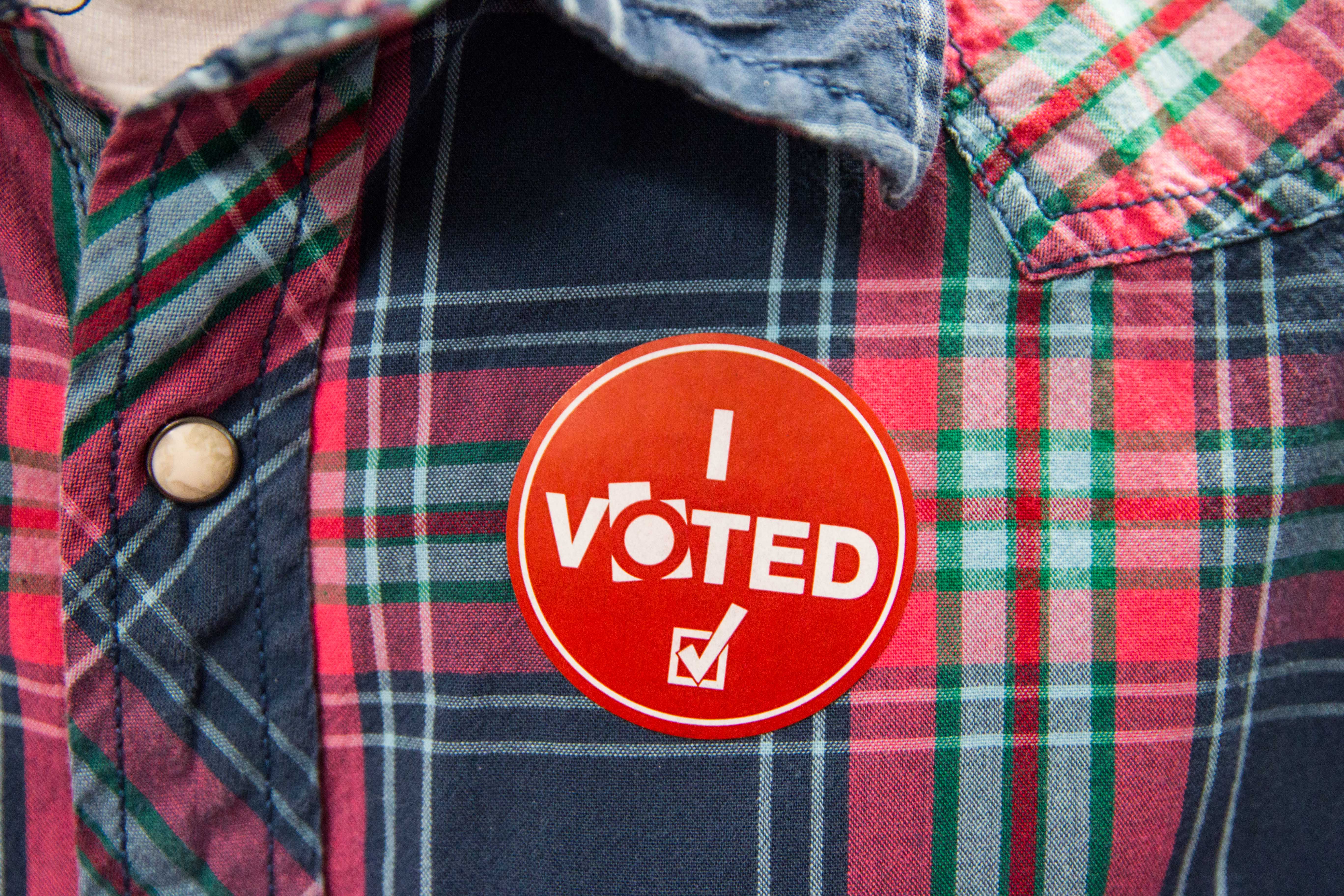 For millennials in Utah, one of the most conservative states in the nation, it’s long been unthinkable to call yourself a Democrat. Now, nine months into Donald Trump’s presidency, it’s increasingly taboo to identify as a Republican as well.

“I don’t even feel comfortable saying that I’m in the middle,” said Riley Mattson, a 20-year-old nursing student at Brigham Young University. “Only the people who don’t give a crap about what anybody else says are very vocal about their politics at this time.”

Mattson isn’t alone. In dozens of interviews conducted by BYU journalism students in partnership with HuffPost, Utah college students reported feeling estranged from the two-party system and reluctant to talk politics for fear of ostracization by their peers.

“I don’t think either side is completely right and it just makes people angry when we talk about it,” Mattson continued. “So I only talk about it with the people I’m really close to.”

HuffPost and BYU student reporters conducted approximately 60 interviews with students attending three colleges in Utah. The reporting team asked them a series of wide-ranging questions about their political leanings, how their religious beliefs influenced their political views, how they use social media for news, and their thoughts on the two-party system.

While the findings are not scientific, the anecdotes followed a pattern. Many millennials said they were motivated by individual candidates and causes, rather than political parties. Very few offered praise for the president. Most identified as moderate, and said they were more liberal than their parents. They distrusted both traditional news and social media, and said they felt it caused polarization. What follows is an anecdotal look at our findings.

How Utah votes and why it’s so conservative

Utah has voted for the Republican presidential candidate in every election since 1964. Today, about 46 percent of Utah voters are registered Republicans; only 11 percent identify as Democrats. The overwhelming majority of voters in Utah are Mormons, who traditionally skew Republican due to their conservative beliefs in favor of self-reliance and religious freedom and against abortion and gay marriage.

Despite this, Trump struggled with Mormon voters during his campaign. The Deseret News, which is owned by the LDS Church, urged him to resign his candidacy. Mitt Romney ― the first Mormon to win a major-party presidential nomination ― called him “a phony.” After coming in last in the Utah GOP primaries, Trump went on to win the state in the general election. But with 46 percent of the vote, Trump received the lowest level of support of any Republican presidential candidate in the state in recent history. Evan McMullin, a Mormon who ran for president as an independent, won 21 percent of the vote.

“I know a lot of people don’t like President Trump because he’s seen in a lot of places as radical or immoral, or not immoral but … I don’t know. He is who he is,” said Jacob Walker, 20, an undecided major at BYU. “At the time of the election, a lot of people were upset about it.”

Mormons have been a reliable voting bloc for Republicans for decades. But according to Jana Riess, senior columnist for Religion News Service, there’s a chance that could weaken.

She surveyed four generations of Mormons as research for her forthcoming book, The Next Mormons. Her research suggests Mormon millennials are identifying as Republican in lower numbers than any generation before them.

Laura Melonakos, 23, an accounting major at BYU, said she and her peers were more willing to consider each issue individually, instead of picking a party and accepting its positions without question.

Many Americans are “very dissatisfied with the two-party system,” Melonakos said. “A lot of people who were traditionally Republican or Democrat now maybe have different views that cross party lines, or maybe they have leaders of their parties that they’re not as satisfied with.”

Melonakos said she was trying to become better informed about the issues that were important to her. In the wake of the Las Vegas mass shooting, for example, she was researching gun laws to see where she stands.

Many students told HuffPost they believed they were more open-minded than their parents.

“Older generations are more set in their ways and they are unwilling to even consider changing the current system,” said Conner Leavitt, a 24-year-old studying vocal performance at Utah Valley University. “My peers and I are willing to think outside of what we have experienced and try new things to try to find something better than our current system.”

He said equal rights for LGBTQ people is one of the most important political issues for him.

That’s true for many Mormon millennials, according to Riess’ research.

Gay rights have become a flashpoint issue for millennial Mormons, she said. Her research has found that among young people who have left the LDS Church, the third most common reason was disagreements with the church over LGBTQ issues.

“Women’s issues have also become more important to younger generations, but Mormons as a whole remain more conservative on women’s roles than others in the general population,” she added. Traditionally, the LDS Church has emphasized women’s roles as wives and caretakers.

Other students said they deviated from the traditional Republican stance on issues like immigration, which they attributed to serving LDS missions in foreign countries or in cities with large immigrant populations.

“Because of experiences I’ve been exposed to, I’m more in favor of letting in immigrants into the country,” said Spanish teaching major Cole Morgan, who served a two-year mission in Colombia.

Across the country, most millennials don’t love labels in general, said Jason Perry, director of the Hinckley Institute of Politics at the University of Utah. “They like to go for the people and for the cause itself.”

The cross-section of religious and political beliefs

Many students said their faith helps inform their political beliefs.

Lucy Breen, a 19-year-old film theory student at UVU, said she believes many people tend to just go along with what the church says.

“The church kind of makes up its mind for you a lot,” she said. “Like on marriage equality, the church has taken a stance and it’s like, all members should also take this stance.”

Katie Orr, a 23-year old BYU senior studying Economics and Math, shared a similar point of view. “Mormon millennials tend to consider religion in a lot of their voting and especially in voting on social issues,” she said. “It does enter the conversation of ‘Do I think this a righteous thing, do I think this is a moral thing, do I think that this is ultimately helping families or helping religious people to express freedom of religion?’”

According to Riess’ research, Mormon millennials are deeply devout in terms of “their sky-high rates of belief in God, Christ’s mission and resurrection, and other core theological ideas.” Still, she noted, they show a softening of orthodoxy in some areas of their lives ― for example, not being as strict about the Word of Wisdom, the Mormon dietary code.

“They’re not as strictly opposed to watching R-rated movies either,” she added.

Most students said they distrusted both traditional news and social media.

“Social media is what shapes everyone’s opinions nowadays, rather than a valid source, but who even knows what a valid source is anymore?” said Sabrina Weiler, a 20-year-old marketing major at BYU. “I just think I’m more careful about what I read and what I believe.”

Respondents also viewed the national media with skepticism. Landon Egbert, a 24-year-old mechanical engineering major at BYU, said he didn’t trust traditional media outlets because they have political leanings. “It’s hard to trust what they are saying,” he said.

Others said they hold back their political opinions on social media for fear their peers or online trolls would attack them. They said they limit their political discussions to close friends and family, while some said they don’t talk politics at all. Some millennials interviewed were nervous to discuss their opinions when they heard they could be published.

“I think it deepens and divides people more because it’s easy to share what you like and ignore what you don’t,” said Alex Tuft, who studies finance and economics at BYU. “It just puts people deeper and deeper into their trenches. Me personally, I don’t really like mixing social media with politics.”

Could Utah ever switch from red to blue?

Many students expressed doubt Utah would become less conservative over time, despite the moderating influence of millennials.

“As much as Mormons hate Trump and what he has done to the Republican Party, I think most Mormons have too much pride to switch to be a Democrat,” said Allyssa Blackhurst, 18, a student at UVU studying childhood education.

Matthew Burbank, associate professor of political science at the University of Utah, said it’s likely that most Mormon millennials will eventually follow their parents’ lead and support the Republican Party.

Still, he noted, if they continue to be unsatisfied with the current system, they could be open to other options. “It would have to be something that would fit broadly with the views that they hold,” he added.

Boyd Matheson, president of conservative think tank the Sutherland Institute, said that once Utah millennials find their voice, they’ll be a force to be reckoned with.

“Young professionals are now coming to the state in large numbers, with the number of technology companies and entrepreneurial companies here,” he said. “There’s a heck of a lot of political power to be wielded there.”

He said Mormon millennials have a specific advantage because of their experiences in the church.

For now, many students said they are still sorting out how they feel.

“I don’t know if I identify myself as a true Republican but I don’t see myself as a true Democrat either,” said Amy Morgan, who studies public health at BYU. “I’m just kind of like in the middle, trying to decide which party is best for me. But for now, I’m a fence-sitter.”

Pro-life Utahns march at the Capitol to oppose abortion