“Wonder Woman” is now the highest-grossing live-action film directed by a woman.

The film has made over $745 million worldwide and has the potential to out-earn all other comic book movies from both DC and Marvel dating back to 1990, according to Indie Wire. This female-directed live-action film is the top 35 for all-time domestic grossing films.

Only 9.1 percent of directors in the U.S. and U.K. are female, only 30 percent of U.S. movies feature a female lead or co-lead and only 23 percent of speaking characters in the action/adventure genre are female, based on a 2015 study conducted by the Geena Davis Institute on Gender in Media.

The box office success of “Wonder Woman“ seems to indicate audiences are willing to pay to see a movie that stars and was directed by a woman. Fan reaction from women, in particular, includes mention of what it means to them to have a strong female role-model in the media.

Alison Siggard, a BYU alumna, said she loved the movie so much she saw it twice in one week.

Siggard said even though a few other films have come out with female leads in the past year — she named “Moana,” “Hidden Figures” and “Star Wars” as examples — “Wonder Woman” treats the lead differently. Other films can feel like the female lead is simply replacing what could have been a male lead, Siggard said, but “Wonder Woman” celebrated the fact that Diana Prince is a woman.

“They really focused on her compassion, and the film never asked you to laugh or make fun at things that we think of as mostly feminine. For example, when she first gets to London and she sees the baby and gets really excited, it doesn’t ask you to mock her for that. You’re getting excited with her,” Siggard said. “I just thought it was absolutely incredible. It felt so different. It felt so authentic to see this popular genre but to have it from this very female perspective.”

Siggard said she felt empowered after seeing “Wonder Woman” in the way she imagines men must feel all the time after watching action movies, and she hopes this opens the way for the creation of more female-led media.

But most of all, A SUPERHERO MOTIVATED & GIVEN STRENGTH BY LOVE OF ALL KINDS FRIENDSHIP EMPATHY ROMANTIC KINDNESS

“We learn so much from media,” Coyne said. “Media characters can often be role models, and kids learn a lot about what it means to be a  girl or a woman from viewing media.”

Siggard spent the past year teaching seventh grade and said it is important for young boys and girls to see both male and female role models in the media. Female role models teach girls they can be strong and teach boys that girls can be strong, she said. Overall, Siggard said having both sides gives people a “more holistic human perspective” and helps people better understand others.

I am just completely overwhelmed by it. I think I have a new favorite superhero and ITS DIANA PRINCE WONDER WOMAN

Master’s student Conor Hilton said before studying feminist theory in his English classes, he did not think about the lack of female representation in the media. Now, he understands why a movie like “Wonder Woman” is so empowering for his female friends.

“I think it provides a template for strong women that are involved and are doing things that we’ve historically represented as being limited to men,” Hilton said. “I think as you have more and more representations of women in the media that are covering a wide array of lifestyles and choices, that validates more and more choices of women in the real world.”

Hilton said female media representation can also teach men they can look up to female role models, too. If boys and men can look to strong women in the media, he explained, this can translate into real life, where boys and men might start looking to women as role models and leaders more frequently.

For now, though, the superhero genre, and film in general, is male-dominated, and one movie is not going to change the way society views women in the media, Hilton said.

Women make up half the population, but the majority of award-winning films are male dominated, Hilton said, which is a systemic problem in Hollywood. To combat the lack of representation, Hilton said viewers should be conscious of what they watch and support more films created by and star women — especially films in which the female characters are fully-developed, emotional and flawed, instead of narrow, undeveloped characters that are often seen in popular movies.

“I think (we need to try) to elevate not only stories about women but women that are making stories,” Hilton said. 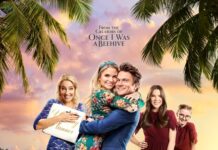 ‘Once I Was Engaged’ features college student’s journey to marriage