Lauren Foulger hiked from one remote, impoverished village to another for two months, measuring and weighing malnourished babies and children who often didn’t live to see the next day. 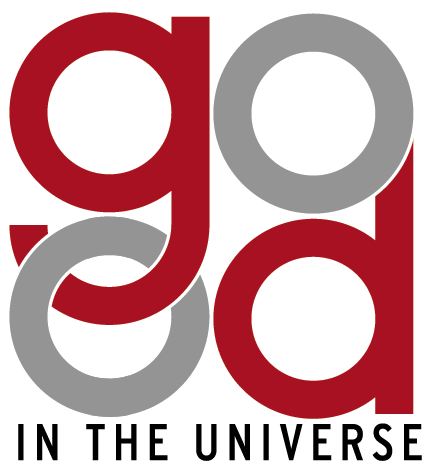 In this secluded and mountainous region of Guatemala, Foulger was working on her master’s thesis on maternal and child health with the World Health Organization in Alta Verapaz, Guatemala.

Foulger remembers the hopeless expressions on the faces of the indigenous mothers as they brought their severely malnourished children to her. As a mother of three herself, Foulger said her heart broke to see these women lose their children to hunger, parasites and infections from unclean water.

“No mother, no family, should have to witness their children suffer from issues that are completely curable and can be treated because they have a lack of resources,” Foulger said.

Foulger left Guatemala knowing she needed to do something to help the families there.

Foulger, a BYU alumna from Salt Lake City, graduated with a bachelor’s degree in sociology and international development in 2006 and a master’s of public health in 2009.

For the past 10 years, she has been involved with domestic and international projects that target underserved populations. Some of her other projects include education and nutrition programs in Africa, tsunami relief in Thailand and community health in the United States.

Foulger’s interest in international work and humanitarian efforts came from her parents, who Foulger said taught her at a young age to be aware of cultures and people outside her own world. After traveling around the globe herself, Foulger said she became particularly passionate about empowering women and families.

Most of Foulger’s efforts have been dedicated to increasing awareness of and raising funds to create opportunities for the villagers in Alta Verapaz.

Guatemala has one of the highest rates of chronic malnutrition in the world because of extreme poverty, lack of education and inaccessible healthcare, according to the World Food Programme.

Alta Verapaz accounts for 71 percent of Guatemala’s poverty-stricken population, and 80 percent of children ages 1 to 5 are malnourished there. Their diet of one or two corn tortillas a day can cause problems other than malnutrition, such as blindness and stunting.

Their mothers are often malnourished themselves, trying to take care of their five to 10 children on an average of 44 cents a day.

“It was my mission to spread awareness and help change the cycle of poverty that they were in,” Foulger said.

When she returned to Guatemala, she jumped in full force with World Link Partners, a non-profit that connects donors with projects in education, health and self-reliance in Guatemala and Nepal.

Foulger now volunteers as the director of World Link Partners, and she dedicates her time to fundraising and raising awareness for this group of people she had come to love. However, she said their efforts weren’t quite reaching the audience she had hoped.

Erica Smart, Foulger’s friend who graduated from BYU in community health, noticed the beautiful handmade bag Foulger brought home with her after one particular trip to Guatemala a few years ago.

Smart, who Foulger said is business-minded, said they should market and sell handmade goods from Guatemala and develop a business model to support Foulger’s efforts with World Link Partners.

From there, the duo created Humble Hilo, a fashion company with a philanthropic side. Buyers can choose which humanitarian project will receive a portion of their purchase price.

The projects include child nutrition, education and literacy for women, and micro-finance loans for women in Guatemala to start their own small businesses to help break the cycle of poverty.

“It’s a win-win-win,” Foulger said. “You get a beautiful product, you are employing women and you are also giving back to humanitarian projects.”

Through Humble Hilo, Foulger and Smart serve 696 families in 142 villages. Because each family has an average of five to 10 people, they are able to help thousands of individuals.

Foulger said it is easy to get stuck in the paperwork and reports of running a not-for-profit and a business, but when she and Smart return to Guatemala, they are reminded of the difference they are making in the lives of the families they serve.

Smart said she and Foulger have become like sisters through this project.

“She has a bleeding heart. She wants to help every person out in the entire world,” Smart said of Foulger.

Smart, who is also a mother of three, said being a part of Humble Hilo has been life-changing for her, and she doesn’t go a day without thinking about the families she has met in Guatemala.

“We didn’t know what this was going to become, and for it to have grown to what it has just makes us so happy,” Smart said.