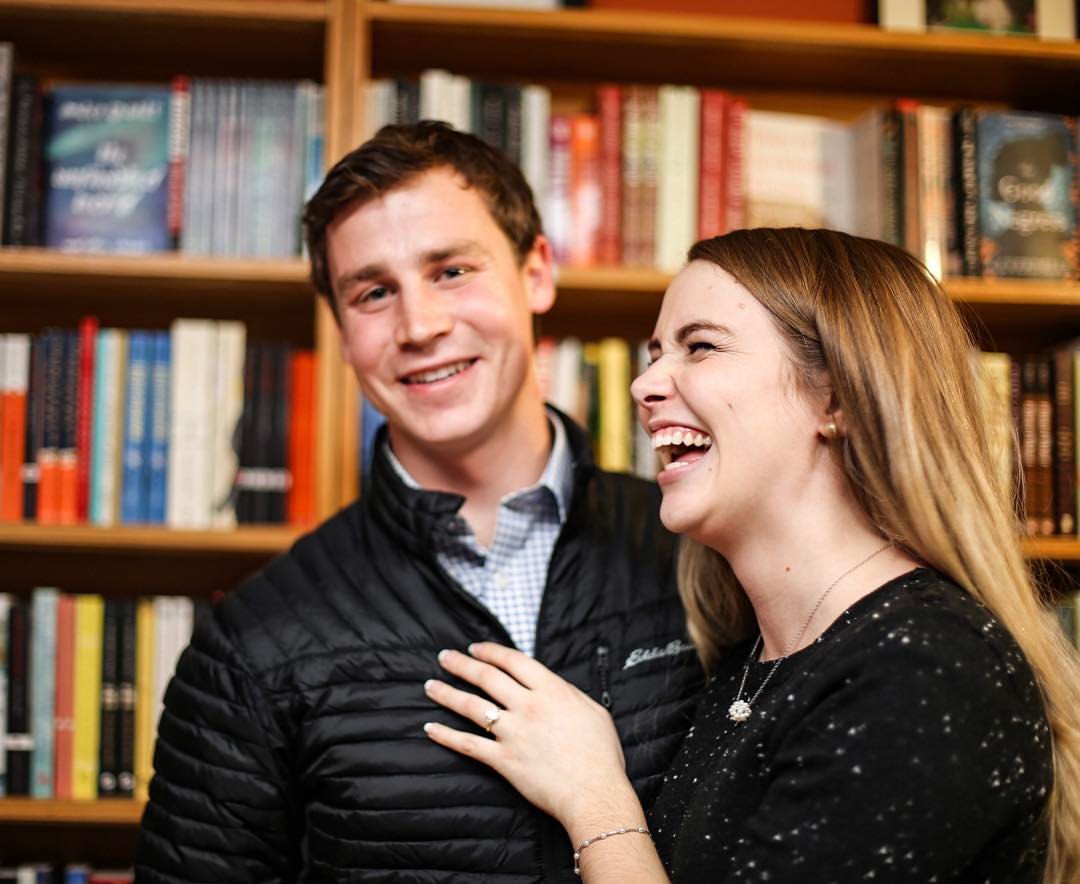 The Model United Nations program at BYU has resulted in not only an outstanding winning streak, but also a number of marriages.

BYU sends a large team of students to compete in an international Model United Nations competition each year in New York. The team spends two semesters preparing for the competition and its members work closely together.

BYU senior Madi Markle participated in the program from 2015 to 2016 and is a teacher’s aid for the program this year. She is engaged to one of her teammates from last year.

“I met my fiancé during fall semester,” Markle said. “He was in my TA group, but I didn’t really notice him at first.”

Markle had never heard of the Model UN program before, but was on the David M. Kennedy Center for International Studies website looking at study abroad options when she came across the program. She noticed BYU consistently receives outstanding awards in the Model UN competition in New York and decided she wanted to join.

Markle and her fiancé Blake Moss first became friends when they participated as staff for a Model UN program BYU puts on for high school students in the fall.

“He was my friend but I wasn’t interested,” Markle said. “I wasn’t planning on applying for winter and going to New York, but someone in one of my Russian classes encouraged me to apply.”

Markle and Moss started dating right before they went to New York and spent the whole week together in New York.

“I owe Model UN a lot,” Markle said. “If we were just in a class together, I don’t think I would have noticed him. He’s an IT major and I’m an English major, so I don’t know where we would have crossed paths.”

Markle said she cherishes the friendships she made doing Model UN.

“You become really great friends with people and it’s been the best community I’ve been a part of,” Markle said. “The friends you make, you make forever, so I feel like it was what (Blake and I) needed.”

Markle and Moss are not alone — a number of married BYU alumni met each other while doing Model UN.

Alyson and James Rogers met at BYU while participating in Model UN and now live in Namibia. Alyson participated in Model UN in high school and wanted to stay involved with the program at BYU.
“I really enjoyed learning about countries all around the world and I also enjoyed learning about issues from different perspectives,” Alyson said. “It helped me understand why it is so incredibly difficult for the world to get along.”
Alyson studied international relations and James was an international studies major. Alyson and James said they didn’t really meet each other until a team building retreat in early November.
“We got talking and ended up talking the whole night,” Alyson said. “He always says, ‘I told Alyson I wanted to join the Foreign Service and when she said, ‘That’s so cool; I do too’, I knew I couldn’t let her go.'”
James proposed to Alyson while they were in New York City at the top of the Empire State Building. Some students were surprised the couple got engaged because they had no idea Alyson and James had been dating.
“I think (Model UN) helped in establishing a common interest and lifestyle for us,” Alyson said. “We’ve always enjoyed discussing current events and learning about new places, we love to travel and we’ve taken a lot of opportunities to travel throughout our life.”
James went to law school after graduating and they settled in Arizona for six years, but a job in the Foreign Service was still in the back of their minds. James joined in March 2015 and they are currently in Namibia at their first post. Alyson and James will move to Brazil in August for their second post.
“Moving overseas can be a difficult decision for some, and some people could never move away from family or the familiarity of America,” Alyson said. “James and I knew from the beginning we were both willing to consider life overseas. James felt comfortable pursuing a new career.”
Alyson said Model UN will always have a special place in the couple’s hearts for the experiences and learning it provided and the chance they had to meet each other.

Cory Leonard assistant director at the David M. Kennedy Center for International Studies has been involved in the Model United Nations program at BYU for over 20 years. The program was created 55 years ago, before the Kennedy Center even existed.

He said he has seen a number of his students in relationships, and many end in marriage.

“It’s like any intensive experience at BYU — it’s a chance for people to interact,” Leonard said. “Not only are there couples that come out, but there are friendships among the students.”

Leonard puts all students in partnerships as part of the program, although he noted none of the partnerships have resulted in marriages he knows of.

“We’re putting you (students) with people who compliment your strengths and help overcome your weaknesses, because you are a working partnership,” Leonard said. “Students learn how to work together in a professional setting.”

Students learn valuable skills — such as how to communicate, express expectations and set boundaries with a partner through Model UN.

“You come away and say ‘I know how to work in a partnership and be effective,'” Leonard said.

The 2017 Model UN team will leave Friday, Mar. 17, for the competition in New York. Students will participate in eight Model UN sessions over five days, competing with 450 other students from universities worldwide.

The BYU team has received the outstanding award for the past 14 years straight. This means in every session of the competition, BYU teams are within the top 10 percent of all competitors.

The program has both a competition side and an educational side as students learn valuable, transferable skills such as public speaking, research and debate.

“The students want to win, but not at any cost,” Leonard said. “The goal of any of our simulations is to achieve consensus. The goal of politics is to agree on something.”

Students who are interested in participating in the Model UN program in the future can visit the Kennedy Center website and watch this video.