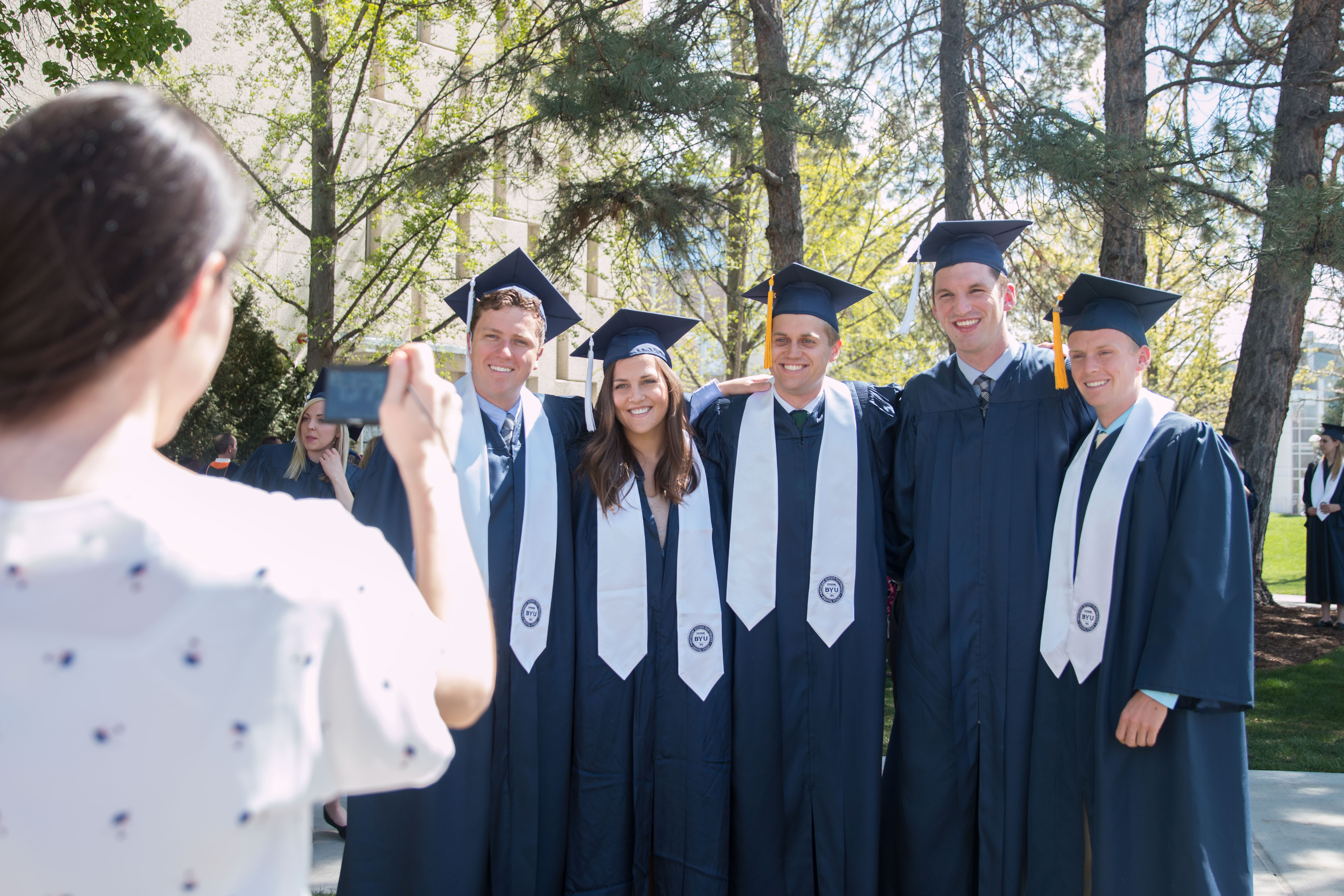 BYU’s motto “Enter to Learn, Go Forth to Serve” seems to be engraved not only at the entrance of the school, but also in the hearts of its graduates.

BYU made a significant leap in this year’s ranking of Best Colleges in America by Time’s MONEY Magazine, climbing from No. 15 in 2015 to No. 5 in 2016. This jump has been largely attributed to the results of a new survey question that asks university graduates whether they believe their jobs make the world a better place.

The ranking is based primarily on the quality and affordability of the university, but according to MONEY Magazine Senior Writer Kim Clark, the methodology of this year’s ranking changed slightly with the addition of a few new factors, including a new Payscale.com survey.

“We added this new data point called ‘Job Meaning’,” Clark said. “More than 2 million Americans were asked, ‘Does your job make the world a better place?’, and BYU was significantly above average … and this survey accounts for more than 6 percent of the rating.”

A lot of elite schools, Clark explained, tend to turn out graduates going into investment banking or financial careers, and many of them do not feel as if their jobs are making the world a better place. Art school graduates, in turn, favor the fashion industry, but feel similarly that their job is not making a lasting difference.

The new survey adds an element to the ranking that takes into account not only the quality and affordability of education, but also the satisfaction and happiness that graduates experience as a result of their education.

“Even though we are called MONEY Magazine, we want to balance that with, ‘How happy are you in your life?’” Clark said. “It rewards schools that produce teachers and nurses.”

BYU also ranked extremely high on the College Scorecard, which highlights key indicators about the cost and value of universities across the nation, coming in at No. 88 out of 706.

As college becomes increasingly expensive, MONEY Magazine seeks to create a “uniquely practical analysis” that will aid students and parents in choosing an educational path that is first-rate, yet also pragmatic.

MONEY’s rankings have been compared to various other college rankings, including U.S News’s annual list, and the differences in methodology are apparent.

“Unlike U.S. News, which focuses on several measures that really shouldn’t matter to students — percentage of alumni who donate, for example — MONEY magazine tries to answer the questions that prospective students should be asking on their college tours this summer: What is the graduation rate, net price (what’s the real tuition they’ll pay), how much do they and their parents have to borrow in loans, and will they learn any marketable skills that will help them get a job in order to pay back those loans?” said reporter Jeffrey Salingo in an article for the Washington Post.

Now it appears that MONEY is seeking to answer even more questions than before by placing greater importance on the satisfaction and happiness that graduates derive as a result of their education.

It seems that many BYU graduates have found that gratification in their work. With the learning process complete, they are finding fulfillment in going forth to serve.