SALT LAKE CITY — A number of bills are currently being considered by the legislators that could significantly affect rural Utah. The following is a content and status round-up of some of the compelling rural Utah legislation.

According to Sen. Ralph Okerlund, R-Monroe, companies interested in moving to rural areas of Utah are hesitant because of high infrastructure costs. SB216 would provide tax credits to incentivize companies to move into rural areas. The bill received a favorable recommendation from the Senate Transportation, Public Utilities and Technology Committee on Feb. 23.

Under this bill, the University of Utah Center for Mining Safety and Health Excellence would also become the Utah Research Institute for Mine Safety and Productivity. HB149 is now on the Senate’s calendar for a final vote, having received near unanimous support from the House and a favorable recommendation from the Senate Economic Development and Workforce Services Committee.

Rep. Lee Perry, R-Perry, is sponsoring a bill to make Mountain Standard Time permanent in Utah, eliminating daylight savings. “Plants and animals don’t know what time it is, but [for] the farmer or rancher who cultivates and nurtures that plant or animal, time is a big business,” said Sterling Brown, of the Utah Farm Bureau, which opposes the bill.  The bill is currently in the House Rules Committee. 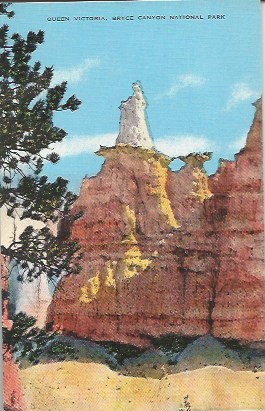 A bill to remove liability from farmers for those who are injured by inherent risks while visiting Utah farms passed the House and is currently being reviewed by the Senate Natural Resources, Agriculture, and Environment Committee. HB102, sponsored by Rep. Lee Perry, R-Perry, would eliminate the liability of an agricultural area operator when the participant fails “to follow instructions or exercise reasonable care.” However, the bill does require the operator to “post signs describing the inherent risks of an activity.”

Rep. Steve Elaison, R-Sandy is sponsoring two bills that would create a state park in the San Rafael Swell, expand Goblin Valley State Park, and transfer the Little Sahara Recreation Area to the State of Utah. The bills also allow for improvements to facilities of those lands, and a University of Utah helicopter-landing pad in the Little Sahara Recreation Area. The House Rules Committee is still reviewing both bills.

The Livestock Branding Amendments, sponsored by Rep. Mike Noel, R-Kanab, would define livestock emergencies, address the trade of livestock on websites, and propose new penalties to discourage theft of livestock. The House Natural Resources, Agriculture, and Environment Committee voted unanimously on Feb. 20 to give a favorable recommendation on the bill.

Sen. David Hinkins, R-Orangeville, is sponsoring a bill to provide grants for health care professionals. The grants could help pay off high student debts in exchange for working in underserved communities for a designated amount of time, Hinkins said. The bill passed the Senate and has returned to the House Rules Committee, due to fiscal impact.

Three bill modifications and packed hearings in both Senate and House committees have been the story surrounding the Bear Lake sovereign lands bill. “I’ve never carried a bill that generated so much energy and this much misinformation,” said Rep. Curt Webb, R-Logan. The bill allows for parallel travel along the shores of the lake, defines the word “vessel,” and includes a provision to allows individuals with public access to the lake an opportunity to obtain a license to launch their boats into Bear Lake and to receive invasive species education. The bill has passed the House and is awaiting further consideration by a Senate.

Crossbows will be an option for hunters seeking over-the-counter Elk tags in the state of Utah next year, according to Sen. Scott Jenkins, R-Plain City, the sponsor of SB45. “The DNR and I agreed on a compromise that they would only put crossbows as an option for the over -the-counter elk tags next year, try it out for a year, and see how it goes from there,” Jenkins said.

Rep. Mike Noel, R-Kanab, proposed HB222, the Farmland Assessment Act Amendments, to prevent the automatic status change of farmland upon ownership change by tax sale or foreclosure. The House committee gave the bill a favorable recommendation, however, the full House has yet to take action on the bill after a third reading.

HB59, sponsored by Rep. Mike McKell, R-Spanish Fork, regulates the killing of feral swine in Utah, specifying that the animals may be killed year-round, and in any number. The bill would allow swine without an ear tag or other visible identification to be killed with a firearm, bow and arrow, or crossbow. Both the Senate and the House have passed the bill.