With the start of new year comes the ever anticipated Sundance Film Festival. Celebrities and tourists nationwide gather in Park City to preview and participate in the 10-day event. With a large assortment of films ranging from documentaries to indie films, here are five films not to miss.

Written and directed by BYU film graduate Jerusha Hess, “Austenland” tells the story of Jane, a woman in her mid-thirties, who cannot shake her obsession with Mr. Darcy, or anything Jane Austen for that matter. Ready to surround herself in “all things Austen,” Jane heads to “Austenland” for a fully immersed vacation. When funds come up short, her trip takes an unexpected turn and she is swept into an adventure beyond her romantic imagination. This is Hess’ second film to premiere at Sundance; the first was “Napoleon Dynamite” in 2004, which she co-wrote with her husband, Jared Hess.

Junior Calli Nielsen from Las Vegas said, “Every year Sundance has so much to offer. This year I am especially looking forward to the premiere of ‘Austenland.’ I can’t wait to see it!” 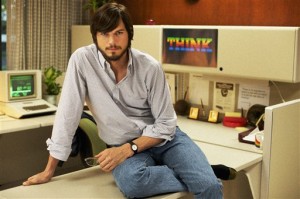 [/media-credit]Starring Ashton Kutcher, “jOBS” tells the story of the late Steve Jobs’ road to success. College dropout Steve Jobs, along with best friend Steve Wozniac, unleashed the “Apple 1” out of his parents’ garage, producing and shipping 200 units by hand. As a result, the world will never be the same. “jOBS” retells the story of this technology legend and portrays not only the impact he had on the industry but the role he played in changing culture as well.

“The Way, Way Back” follows 14-year-old Duncan throughout his humorous, awkward and even painful experiences over summer vacation with his mother and her overbearing boyfriend. When Duncan has a hard time fitting in, he gets a job at a local water park, where he meets a carefree, middle-aged employee who becomes an unlikely friend and mentor who guides Duncan through his life’s trials.

This film follows the story of U.S. champion snowboarding legend Kevin Pearce to illustrate the appeal, excitement and risks of participating in extreme sports. While training to compete against his rival Shaun White in the 2010 Olympics, Pearce suffered severe brain damage from an accident in Park City. Despite objection from his family and warnings from his doctors, Pearce insisted on returning to the sport he loved, even though a minor blow to the head could instantly kill him.

This unique documentary, created by Australian media artist Lynette Wallworth, immerses viewers in a deep-sea adventure to capture the beauty and mystery of the endangered coral reefs in Australia, Papua New Guinea and Indonesia.  This film will play in full-dome planetariums to provide a visual experience never attempted before at Sundance.

According to Wallworth in a news release, “My intent … is to leave the audience with a sense of wonder for the complexity and beauty of coral reefs and a stronger understanding of our connection to it.”

In addition to daily screenings at the Sundance Film Festival, “Coral: Rekindling Venus” will screen Jan. 19, 22 and 26 at Clark Planetarium in Salt Lake.