From internationally acclaimed performing arts groups like Vocal Point and Young Ambassadors to award winning choral and orchestral departments, BYU has always had a rich musical tradition. Nestled in the southwest corner of the Harris Fine Arts Center is a treasure that few BYU students ever experience: Studio Y,  BYU’s own recording studio.

Studio Y is a lab for the use of students in the school of music. In the studio, performance majors learn about the rigors of recording, sound recording majors learn the ins and outs of the recording process and composers and songwriters get to hear their music come to life.

Christian Asplund, associate professor of music, makes use of the facilities by taking his composition students there to record their original pieces. Asplund’s MUS 288 class is required to write original music for several different ensembles. The students then stand by and listen as their piece is performed live in the studio. They are graded by how well what is written is translated into performance.

“It’s good for them to hear their pieces,” Asplund said, adding that the recordings make a great addition to student portfolios.

Park, a native of South Korea, said she especially enjoys her time in Studio Y because it allows her to experience her music in a more organic way.

[pullquote]“I really enjoy the harmony which is really hard to hear and imagine when it’s not performed,” Park said. “It was good to hear it with real instruments.”[/pullquote]

“I really enjoy the harmony which is really hard to hear and imagine when it’s not performed,” Park said. “It was good to hear it with real instruments.”

Matthew Webb, a sophomore from Brigham City studying music composition, also enjoyed his time in the studio. Webb said he was excited to be able to hear his string ensemble piece, “Motus Perpetuus,” and to be in the studio.

“I think it’s great that we have a student conductor and players come in and play the other students’ pieces,” Webb said.

Sheldyn Smith, a teacher’s assistant from Pasco, Wash., who works in Studio Y, said the lab is primarily for the use of music students. He said most of the projects in the studio are class projects for students in the sound recording program in MUS 251, 252,256 or 257. He also said audition recordings for other music students are recorded regularly.

Smith said students outside the School of Music who wish to experience the studio should take a recording class or make a friend in the program. Smith said  the average student has a couple of options — one is to take the audio principles class, adding the class is open to all majors. He said the other option is to volunteer yourself or your band to be studio musicians for a recording class project.

“The back door is knowing someone who needs to record a project for a class and then you have that option,” Smith said. “As far as students just wanting to come in and record a song, I’m afraid we can’t cater to that.” 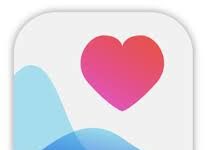