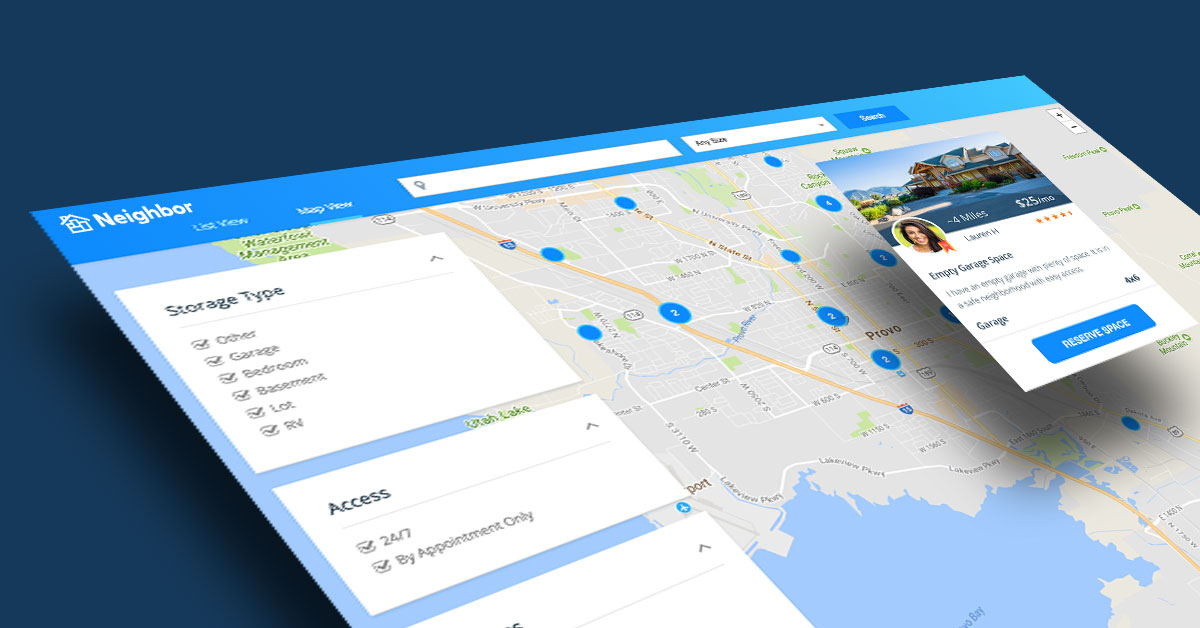 BYU grad Preston Alder began working on Neighbor over a year ago. Today, the company received $2.5 million in funding from Peak Ventures and Pelion Ventures to grow their business.

Neighbor, self-described as the “AirBnB for Storage,” will use this funding to promote safer, cheaper self-storage across the U.S.

“In 2017, Americans spent roughly $38 billion on storage. Neighbor not only offers renters a cheaper and safer solution, but provides a way for hosts to make money off of that same market,” Neighbor CEO Joseph Woodbury said in the press release. “We’ve spent the last year creating a stellar product and building a strong local network of renters and hosts here in Utah. Now we’re ready to take this funding and focus on building even more of Neighbor’s self-storage communities across the U.S.”

Neighbor allows locals in need of storage space to easily find hosts who are renting storage space in their home or garage. According to the press release, this platform cuts storage costs by 50 percent compared to traditional self-storage. Additionally, hosts have the ability to makes thousands of dollars per year using Neighbor.

“When we saw what Neighbor was doing, we were blown away by the potential,” Chad Packard, investor at Pelion Ventures, said in the press release. “The concept is simple and straightforward, the market potential is incredibly high, and the team is whip-smart. We knew really quickly that we wanted to work with them.”

The company originated in Utah because its founders began working on it while studying at BYU. Provo and Orem proved to be an ideal spot for growing a storage startup because of all the transient students, according to Woodbury.

“Students needed a convenient, low-cost place to store stuff between semesters and students also were looking for easy ways to make money,” Woodbury said. “Our college town was the perfect spot for our specific startup to grow.”

The company has since seen success in St. George, Utah Valley and Salt Lake County. Woodbury said Utah has been a great place to start because of the tech friendly environment. He said there is a lot of support from the government and they company was awarded a $100,000 technology grant from the Governor’s Office to take their product to market.

Neighbor has grown organically outside of Utah with users in 25 states and published listing in 12 states, according to Woodbury.

One of Neighbor’s first ventures with the funding is launching a proprietary “store with a friend” feature to connect Neighbor with Facebook.

The press release states, “This feature will offer users even more personalized, localized and trustworthy storage options while helping hosts advertise their storage spaces to friends and family on social media.”

Woodbury further explained that the Neighbor Mutual Friends feature immediately establishes a connection for a renter with a host before they have even met.

“It is one example of how Neighbor is leveraging technology to advance the art of building trust in sharing economies,” he said.

Woodbury said his team is most excited about the strong communities they are creating.

“Neighbor users become better neighbors which affects all aspects of their community life.  We love that our business model distributes 85 percent of our revenue to the community,” Woodbury said.

Technology is Neighbor’s strongest focus, according to Woodbury.

“The future of Neighbor will be very exciting as we implement new advances in AR and machine learning to make our product more clean, simple and easy-to-use through the use of advanced technologies,” Woodbury said.