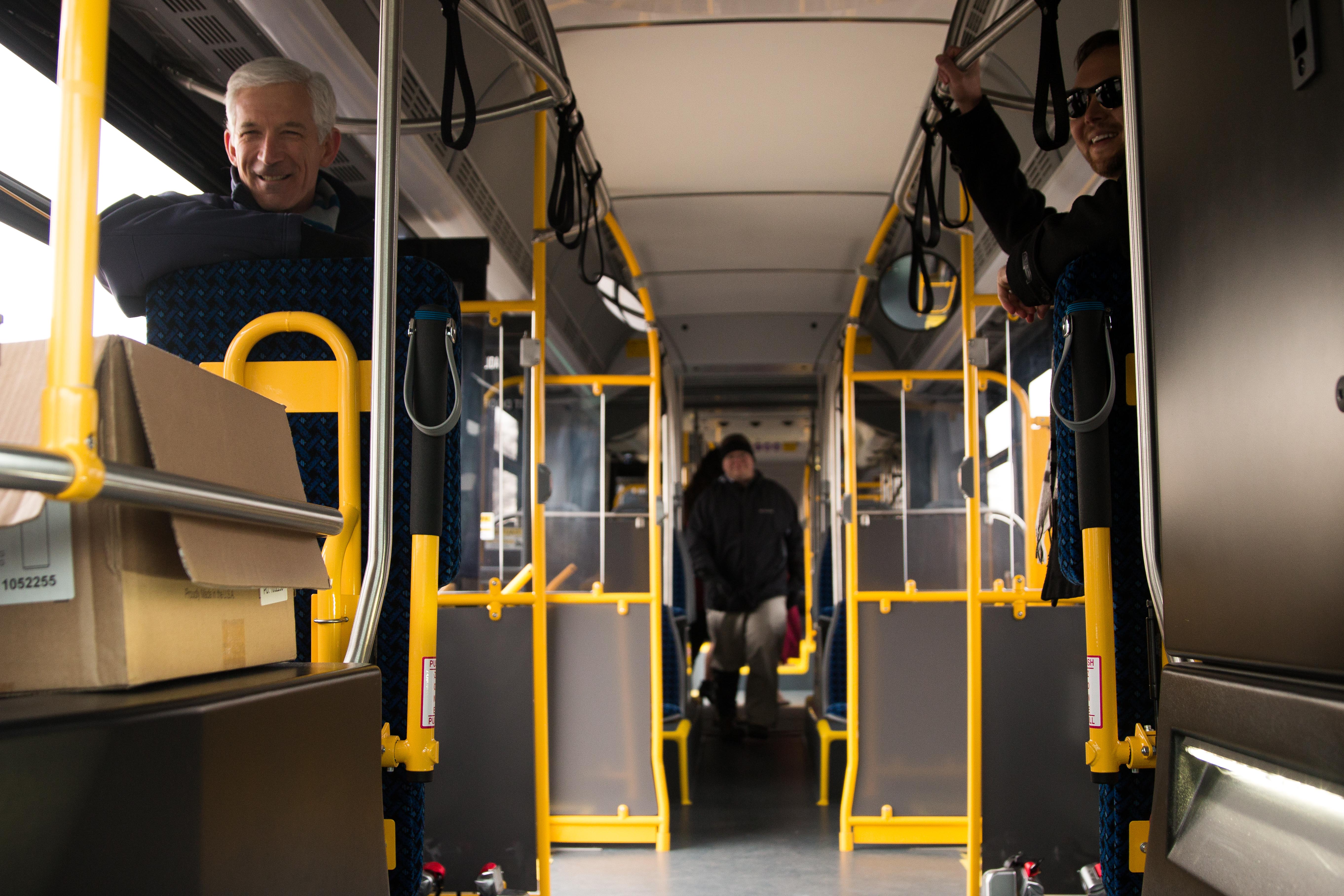 BYU President Kevin J Worthen announced a partnership with the Utah Transit Authority and Utah Valley University allowing over 100,000 students, faculty and their dependents to have free transit passes. The pass program will begin in August prior to the 2018-2019 school year and continue for the next ten years.

The program provides free access to the Frontrunner, the Trax, the new Provo-Orem Bus Rapid Transit line currently in construction and other bus routes.

“(The pass program) is a gift not just to our students, but also our employees and their dependents,” President Worthen said. “But beyond that a gift to the whole valley in many ways because it’s not just about getting people from point A to point B, but about reducing traffic congestion, about improving the air quality.”

President Worthen said the new pass program will coordinate well with the BYU Ryde Shuttle program which provides 8,500 rides a day to students. The aims of the program include reducing parking and traffic issues, improving air quality, familiarizing students with public transit, and making the Utah Valley more accessible to all.

“With these programs and UTA’s opening of the Provo-Orem Bus Rapid Transit project in August 2018, students will have easy access to the entire region without having to drive a car,” Utah Transit Authority president Jerry Benson said.

Full-time and part-time BYU employees as well as students enrolled in courses on campus in Provo will be eligible for a transit pass. New BYU ID cards doubling as UTA transit passes will be distributed prior to the 2018-2019 school year.