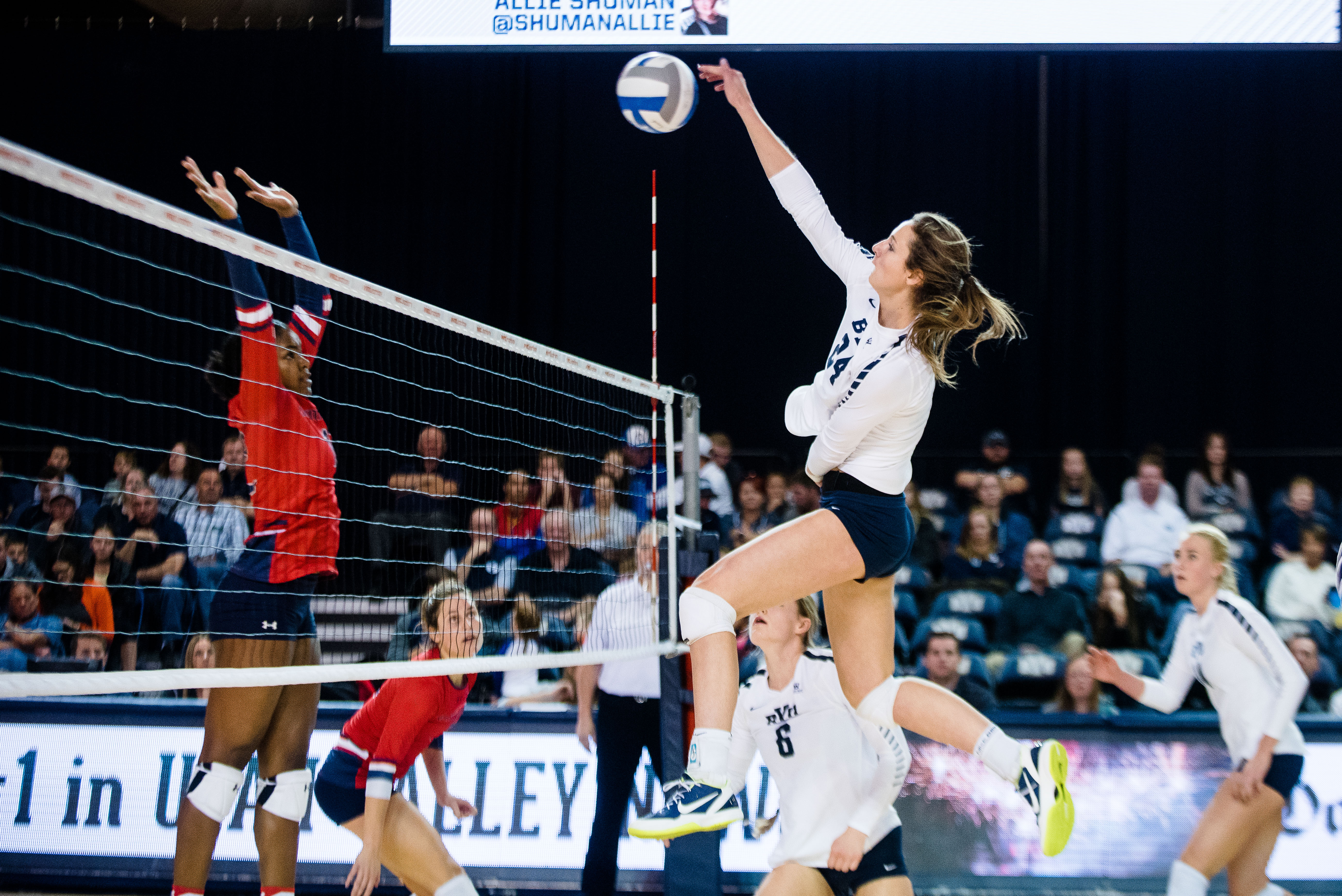 Veronica Jones-Perry led the team with 24 kills, six digs and one ace.

The Cougars improve to 23-2, 12-1 in conference play and remain tied with San Diego atop the WCC.

Jones-Perry opened the game with five kills, giving BYU a 10-1 advantage in the first set. Saint Mary’s responded and narrowed the lead to six with an ace at 14-8. BYU pushed its lead back to double digits with another Jones-Perry kill at 21-11 and went on to win the set 25-15 on another kill.

The second set was closer as BYU and Saint Mary’s battled back and forth. Neither team held a lead greater than two points in the set.

Back-to-back aces from Burnett gave BYU the lead at 8-6 before an additional two kills came from Jones-Perry to give the Cougars their first three-point lead at 13-10.

BYU carried this lead through the rest of the set and ended it on a block by Jones-Perry and Redding, winning 25-18 to take a 2-0 set advantage.

A 4-0 run and back-to-back kills by Jones-Perry gave BYU an early 5-3 lead in the fourth set. They followed soon after with another 4-0 run, with kills by Danelle Stetler and Burnett. A kill by Redding ended the Cougars’ third 4-0 run, giving them a 17-9 advantage. A Burnett kill sealed the set 25-18 to give BYU its 12th win in league play.

BYU started the fourth set with a 4-0 run thanks to two kills from Jones-Perry to give BYU a 5-3 lead. The Cougars followed with two additional 4-0 runs with kills by Danelle Stetler and Burnett to put BYU up 17-9. Burnett ended the set with a kill and the Cougars won the match 3-1.

BYU will travel to Spokane, Washington, on Thursday, Nov. 9, to face Gonzaga.