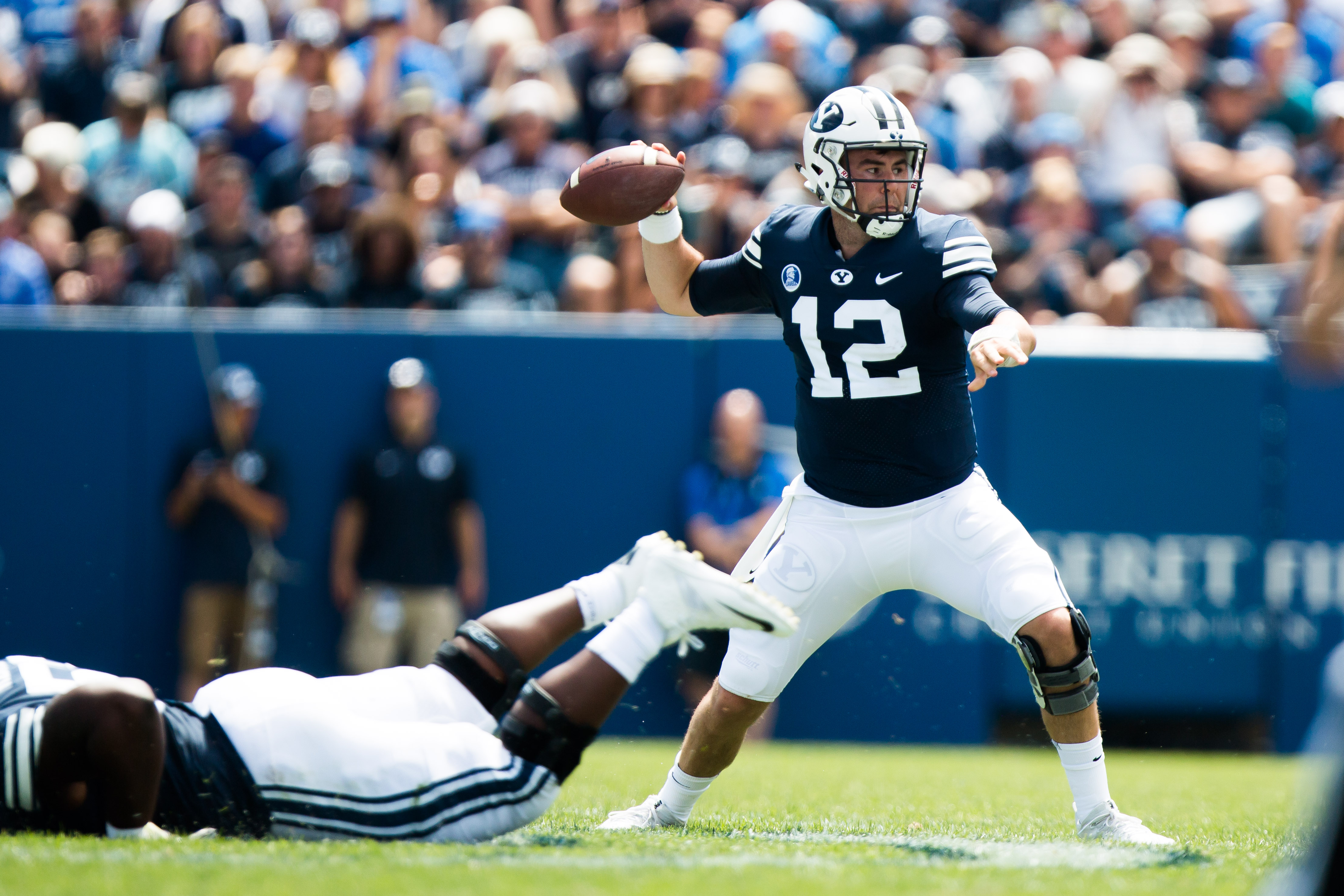 The BYU football team dropped its eighth game of the season after falling 20-13 at Fresno State Saturday night.

The Cougars got the ball back down seven with three minutes to play, but the comeback attempt ended after a 20-yard throw from quarterback Beau Hoge to Matt Bushman was fumbled.

The tight end took a hard hit and the Bulldogs recovered the fumble. Fresno State then controlled the ball and ran out the clock to win the game.

Quarterback Tanner Mangum, who started the game, completed 20-of-33 passes but had to leave late in the game due to a season-ending Achilles injury he suffered on a non-contact play.

Hoge then replaced him and threw for 51 yards in relief of Mangum.

Squally Canada who rushed 12 times, carried the bulk of the rushing game as KJ Hall and Ula Tolutau did not play against Fresno State.

Canada rushed for 84 yards and one touchdown.

Defensively, Sione Takitaki and Butch Pau’u each had 11 tackles in the loss.

Fresno State scored first on a 43-yard field goal from Jimmy Camacho midway through the first quarter on its first possession.

Bulldog quarterback Marcus McMaryion then found Jamire Jordon to for a 50-yard completion before a two-yard touchdown for Fresno State to give the Bulldogs a 10-0 lead.

BYU put up points in the second quarter with a 27-yard field goal from Rhett Almond to cut the Bulldogs’ lead to seven.

Fresno State started the second half with a 46-yard scoring drive resulting in a Bulldog field goal. Camacho made his second kick of the night from 42 yards out to make 13-6 Fresno State.

Canada gave BYU its first touchdown of the night on a four-yard rush. He ran 38 yards on five carries during the 11-play, 75-yard drive. Almond followed with the extra point to tie the score at 13-13 with less than five minutes left in the third quarter.

Fresno rallied to score an additional touchdown and retook the lead with 12:40 left in the fourth quarter.

BYU had two additional drives, but those resulted in a punt and a turnover.

Another defensive stop gave the Cougars one last chance for a comeback, but a fumble with 3:14 left in the game ended those hopes.