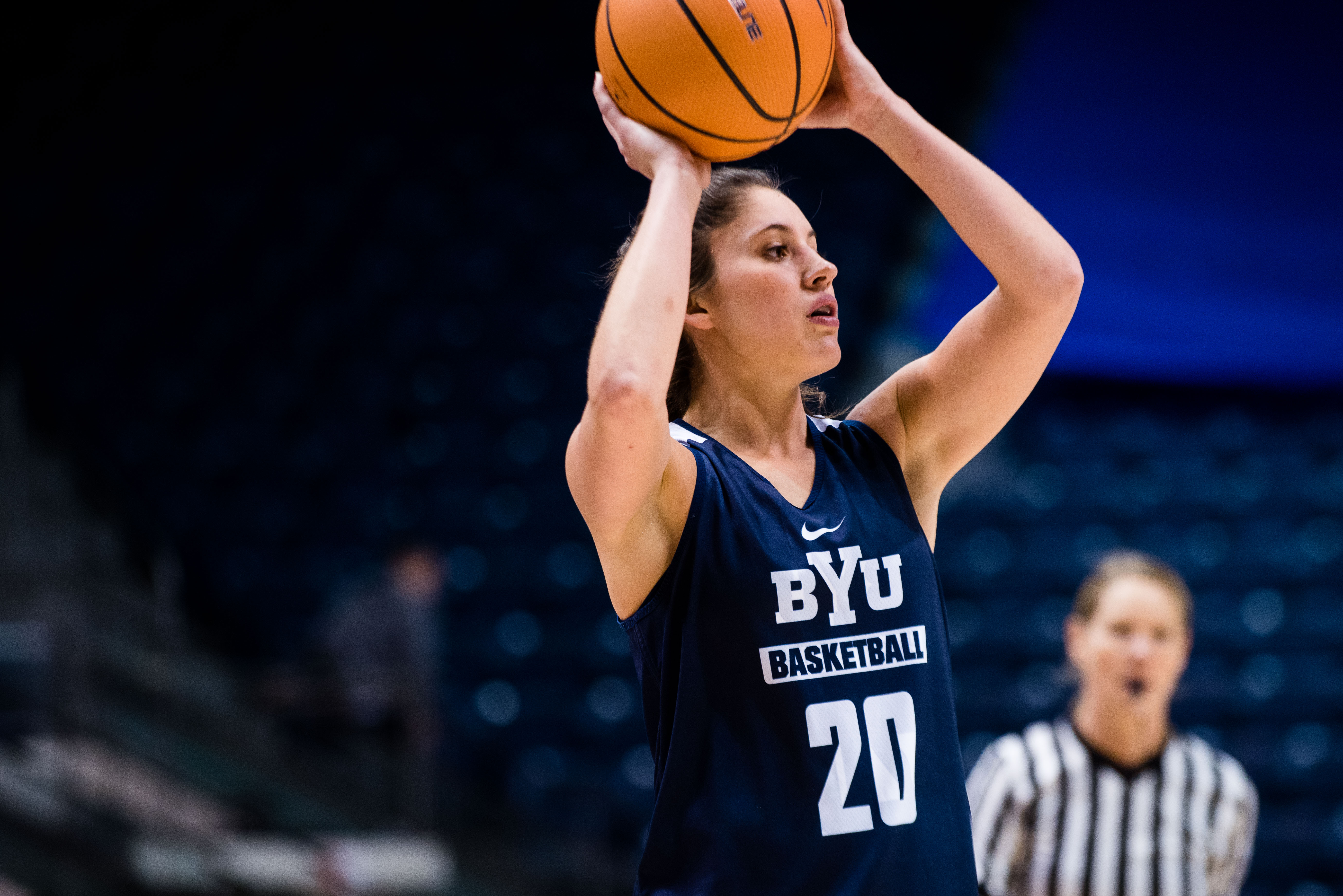 Dribble twice then shoot — that’s Cassie Broadhead Devashrayee’s free throw routine and it works. Her free throws look flawless as they glide through the air with a perfect arch towards the basket.

Devashrayee went a perfect 8-for-8 from the free-throw line in BYU’s 86-68 exhibition win against Colorado Mesa University; she was also the team’s leading scorer with 16 points.

“I think what you see with Malia (Nawahine) and Cassie (Devashrayee), five-year seniors, is that calmness in what they can do,” said head coach Jeff Judkins.

Devashrayee said that as a fifth-year senior, she will be leading the team more vocally this year than last.

“Last year I led by example, but this year I’ve been here for five years so I know the system really well,” Devashrayee said. “So just helping seven newcomers know what Jud wants, know what he expects. I’m just trying to get everyone on the same page, help them learn the system, help them to execute game plans. You know, just being that vocal leader has changed tremendously from last year.”

Devashrayee was named to the 2017-18 All-WCC Preseason Team and is the reigning WCC Player of the Year.

She said that because of this, she puts added pressure on herself while others don’t.

“I think for myself I put a lot more expectations and pressure, but it’s just myself,” Devashrayee said. “My teammates and my coaches aren’t. I’m just trying to play the best I can. You know, play my role, which is to get everyone involved, but also be aggressive.”

The pressure that Devashrayee puts on herself was made clear when she talked about the improvements needed during the game.

“I think the first half I didn’t pressure the ball enough,” she said. “I kind of let their point guard pass wherever she wanted, so that was something I tried to work on in the second half. Being more aggressive end on the defensive end, and then on the offensive end my coaches kept telling me ‘stop being so passive’. So yeah, just having that aggressive mindset. Even if I don’t score, getting people open.”

Devashrayee has big goals for the team as she’s hoping to help the Cougars win a WCC championship and make it to the NCAA Tournament.

“The first one is to win the conference, that’s so important for us, and then to win the tournament,” she said. “We want to get to the NCAA Tournament. We want to make noise, you know, we want to win games, so we have to dominate our conference because we’re not a big conference.”

The Cougars had 27 rebounds in the exhibition win against Colorado Mesa. They also forced 14 turnovers, which led to 16 points.

The Cougars’ first regular season game will be Nov. 10 at the Marriott Center against Southern Utah University. Tipoff will be at 7 p.m. MST.