The Provo/Orem area will experience more food diversity this summer as five new restaurants are open, or are set to open.

Blue Antebellum, anticipated to open August 2015, will be “smack dab on Center street,”according to Chad Prichard, owner of Chef’s Table and Blue Antebellum.

“The food will have flavors of the South,” Prichard said. “We are not ‘Utah-ing’ it up; it will be from the South, and you won’t find anything like it.”

Prichard said the South is about simple flavors and Southern cooking is “simply complex.”

Prices for lunch will range from $9 to $12 and from about $13 to $30 for dinner. “We want to provide great food that’s not going to break the student,” Prichard said.

Rocoo’s Big City Deli will take the place of Gandolfo’s Deli on Center street. Prichard said they will add an arcade and karaoke.

Rocco’s is known for cream cheese on its sandwiches combined with homemade barbecue sauce. The menu includes sandwiches and paninis such as roasted turkey and chicken with bacon.

Oregano Italian Kitchen, located off of Freedom boulevard,  is another restaurant owned by Chef Prichard.

“I was a poor college student and we were always looking for value,” Prichard said. “Buy one, take one” was designed specifically for students. Students will be able to order something off of the classic menu to eat and then order something to take home.

Additionally, Prichard is running a “late night, date night” after 8 pm where couples can come in and order 2 desserts and 2 drinks for $10.

“We want to give the students a safe place to go at night,” Prichard said.

Orem Mayor Richard Brunst announced in September of 2014 that a Chipotle would open near the Carabbas’s outside of University Mall.

According to Rona Rahlf, chamber president of Utah County Chamber of Commerce, “The building is almost done.” However, she said, they do not know when it is scheduled to be opened to the public.

Chipotle is typically known for its burritos; it also serves burrito bowls, salads and tacos. Jenni Golilightly, a psychology major at Brigham Young University, said Chipotle has a fun atmosphere and is excited that it will be closer so she doesn’t have to drive all the way to Sandy.

Culver’s is known for its homemade burgers and fresh frozen custard. It first opened in a town of Sauk City, Wisconsin.

On May 19, 2015 Culver’s held a ribbon-cutting ceremony at its newest location in Orem. Founder Craig Culver attended the ceremony. Culver’s is now open to the public.

Sarah Merriman, a student at Brigham Young University, couldn’t be more thrilled that Culver’s has come to town. She was introduced to Culver’s in St. George. Her favorite items off the menu are the butter burgers and custard shakes.

“The butter burger and custard shake combo are divine!” Merriman said. “It makes me feel like I am back home in my mom’s kitchen enjoying food and family time.” 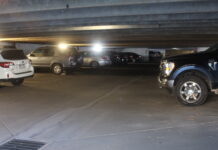