A bipartisan group in charge of overseeing the NSA voted Wednesday to approve the surveillance actions that have recently received some negative attention. 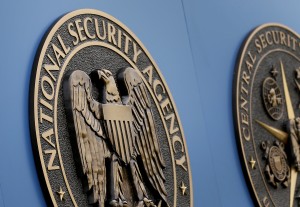 A law passed immediately following the Sept. 11, 2001 attacks gives the NSA permission to monitor the communication of foreigners who are suspected of involvement in terrorism. The NSA is also allowed to collect communication of US citizens when that communication is with someone on the watch list.

“The Board … concludes that the core of the Section 702 program … fits within the ‘totality of the circumstances’ standard for reasonableness under the Fourth Amendment,” according to the report published by the Oversight Board today detailing the reasoning for the approval vote.

However, the board did concede that some actions taken by the NSA “push the program close to the line of constitutional reasonableness.” The program allows for the communications to be collected without notification to the parties under surveillance. It also has the potential to cause the incidental collection of communications between U.S. persons on a large scale.

The NSA is reporting that more than a quarter of its reports concerning international terrorism contain intelligence gained through the program and that new terrorists have been identified. However, there are still many groups who believe the NSA has overstepped its constitutional limits.

“The Fourth Amendment protects from unreasonable search and seizure. You can’t ignore the ‘seizure’ part just because the property is digital and not physical,” said Electronic Frontier Foundation Staff Attorney Hanni Fakhoury. “Ignoring this basic point has dangerous implications — it could open the door to unfounded law enforcement access to and collection of data stored around the world.”

Several groups have been formed with the intent of preventing the NSA program from continuing. One such group, Electronic Frontier Foundation (EFF), organized a protest Sunday in which members flew a blimp over the Utah data center they claim has come to symbolize the “collect-it-all” approach to surveillance.