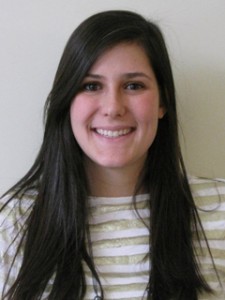 I remember it perfectly, even though I was only 8 years old. My dad was sitting right next to me at the beginning of the game but was soon pacing around the living room, unable to sit still. They were losing but were always within five points. And then came the glorious fourth quarter. They ended up winning by five, and my family was running around the living room, shouting for joy. My mom wasn’t even mad when our cheering woke up my baby sister.

It was the first time in my life that the Los Angeles Lakers were NBA champions, and I couldn’t remember ever feeling that good before.

There’s a good chance that Celtics and Jazz fans have already stopped reading, but I’m hoping they’ll hear me out. This is not a pro-Lakers viewpoint, I swear. But I grew up in the City of Angels. Both of my parents were born and raised there, and three of my grandparents are Los Angeles natives. From a very young age I was taught to be a Laker fan, a Dodger fan, a Galaxy fan, a Kings fan and even a Sparks fan.

So why, just because I’ve moved to Utah, should anything change?

The majority of students in Provo have uprooted themselves and traveled across at least one state boundary to attend BYU. Some have grown up watching BYU sports; others embrace the blue and white upon arrival. I’m not going to argue that supporting your school is bad — it’s great. I encourage it. But if you’re going to be a Cougar, go all in. Once you’ve left Provo, remember the university you attended and don’t simply move on to whatever team happens to be closest.

This lack of loyalty that is so prevalent in sports bothers me. I hear people say all the time that they’re Lebron James, Kobe Bryant or Russell Westbrook fans, and they’ll root for whichever team their favorite player represents. You can’t be a Heat fan just because you love Lebron. Caring only for individual players is boring and unrewarding. Cheering for the best team in any league is not being a fan; it’s bandwagoning, and there’s no place for it in sports.

Remember in 2005 when Johnny Damon signed with the New York Yankees? Red Sox fans were furious. He’d gone on the record saying he would never don those pinstripes, no matter how much money they offered him. But instead of remaining in Boston, the Red Sox poster boy joined the city’s biggest rival and, with that decision, lost all the love he’d gained in Boston. You have to respect those fans. They know that loyalty isn’t about the players; it’s about the team.

Case in point: I have pictures of Derek Fisher signing my first Lakers shirt when I was in fifth grade. I cherish the time he spent in LA, and I frequently go back and watch his 0.4-second shot against the Spurs — it still makes me giddy. Last season I was heartbroken when he was traded. It was as if my family cast off a brother. But as much as it pains me to see Fish bounce from team to team, I can’t root for his success anymore. I hated his 10 points against the Lakers, because he’s just an opponent.

Soccer fans are another great example of dedication. Real Salt Lake fans are spread throughout Utah, and they love their team more than anything. However, when it comes time for the World Cup, the fans who stand united at Rio Tinto Stadium turn against each other, because tradition and heritage take precedence over current location. RSL fans who root actively against Landon Donovan during the MLS season have no trouble cheering him on when his jersey represents the United States, because in that setting, the U.S. is their team. Others turn against Salt Lake players because they’re rooting for a different country. It all goes back to loyalty.

Support your home team. Don’t be a fair-weather fan. If your team is playing terribly, hope the best for them anyway. Winning and losing with your team is part of the process. You can’t enjoy a win nearly as much if you haven’t been distraught after a tough loss. Trust me, I know — I’m a Laker fan.