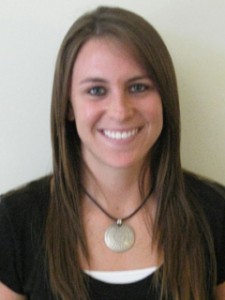 I am a 24 Hour die-hard. I love everything about 24 Hour Fitness. I look forward to working out every morning. On Dec. 31, as soon as I get to the gym, I check in with Brittney. We talk about school and how we can’t wait to finally graduate. I then hop on the treadmill right next to Shirley, who will no doubt give me a pep talk and share something with me she found interesting in the Ensign. When I move to the elliptical, Brian and I will talk about the San Francisco 49ers and anything else that tickles our sports fancy. As I leave, an elderly gentleman named Larry, whom I call “Grandpa,” will fist bump me and tell me to “keep it up” in his deep, raspy voice. I feel good and refreshed. I got to exercise and interact with my “gym friends,” the same people I have seen there for years.

It is now after Jan. 1, and everything has changed. There is a line coming out the door to check in. The treadmill next to Shirley is occupied by a total stranger. Brian is waiting in a line to get on the elliptical, and Grandpa has been kicked off his ab machine by a bunch of women more interested in gossiping than working out.

I stand there confused and a little disoriented. Where did all these people come from? I didn’t see them here on Labor Day or Thanksgiving. They were not regulars over the summer. What happened to my workout haven? Oh, yes, it is that time of year again, and those New Year’s resolutions have hit the gym in full swing.

The good news is, it will only be crowded for a few weeks. There will by many who have made the goal to get back in shape, lose weight or be more healthy. A couple of them will succeed; however, most of them will not. Their excitement about making a lifestyle change comes and goes as quickly as the January weight-loss commercials.

Now, I’m not trying to degrade anyone who has made these types of goals. Goals are great, and if being more active is what you need, then by all means start coming to the gym. I don’t want to discourage people from making improvements in their lives, but I would like to suggest how to improve our lofty New Year’s resolutions.

Let’s get real. How many of us have made a New Year’s resolution that we forgot about before February rolled around? I know I have. Once the buzz surrounding the new year has faded, those resolutions seem to dissolve. Maybe it’s because life gets too busy or other things take precedent. That probably is a factor, but I think it is mostly due to the fact that we make resolutions that are simply too overwhelming.

In January, I hear things like, “By the end of the year, I’m going to be a size two” and “I can’t wait to finally have a six-pack.” I hope those people do end up with the perfect swimsuit figure and washboard abs, but the cynic in me strongly doubts that will happen for them this year. That is mostly because a goal like that takes serious change and commitment from the start.

How often does a chain smoker decide to quit smoking cold turkey and actually succeed? I’m sure it has happened, but probably not too often. I know this is a drastic example, but it gets my point across. Goals are reached when smaller, step-by-step actions are taken.

For the sake of my argument, I will stick to the cliché exercise resolution. Instead of the regular weight loss resolution, make smaller goals each month that will ultimately help you reach that end goal. For instance, start off in January by working out two to three times a week for an hour. In February, exercise four times a week and limit fast food consumption to twice a month. When March comes around, bump up the workout regime to five times a week and eating more helpings of fruits and vegetables. By the end of the year, if taken step-by-step, the New Year’s resolution may actually be accomplished.

Now, I’m not an expert in self-help pieces, but I have found this is the most effective way to achieve goals. When I start to train for a marathon, I begin months in advance. I don’t go out and try to run 26.2 miles the week before the race and expect to do well. Each week, I increase my mileage, and by the time I run the race, I feel prepared to accomplish my goal.

I must admit, I like it when there are only a few people at the gym, so in January I absolutely despise the whole new crowd of people who overpopulate my workout space until the February slump hits. However, I’m willing to share my favorite treadmill with someone who is honestly working on improving his or her life. I’m a firm believer that everyone should make goals: set them, write them down and then accomplish them. But this year, let’s do it a little bit differently. Let’s accomplish those New Year’s resolutions one small step at a time and actually be successful.