As citizens of the United States of America, we have a civic responsibility and privilege to exercise our right to vote for the next President in this year’s election. Our founding fathers and many national leaders since them have fought to provide and protect this democracy so that we might have a say in government.

So the next question is: How do I make an informed decision in this presidential election? First, it is important to know what your own beliefs are. What do you believe to be important, and where do you stand on certain issues?

Then, read about each candidate. Make sure the reading comes from sources that are trustworthy and objective. Read each of the candidates’ websites and see what they stand for. 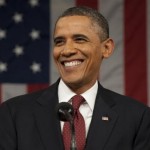 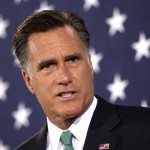 Who will best represent you and what you stand for? If you have trouble deciding, take this quiz from iSideWith to help you know.

The Presidential Debates are also a great way to see both candidates share their opinions and future plans for their potential next presidency. These debates can be watched live on YouTube. Here is the schedule for the upcoming debates.

First you must be an U.S. citizen over the age of 18 in most states. How you register depends on which state you are from. Click here to find out more about how to register in your home state. Most states allow you to start by filling out the National Mail Voter Registration Form.

Why should I vote?:

I often hear the excuse, “With the electoral college, my vote doesn’t count for anything anyway.” This is not true. Major issues at stake affect us directly, and we should state our opinion about what happens.

If you don’t vote and participate in this year’s election, someone else’s voice will be heard. If you care to complain about government policies and you turn down this chance, your criticism loses all validity. What a wonderful opportunity we have to show our patriotism and exercise this civic duty by voting! Care enough about America. The following video was made for a local election in 2011, but the concept still applies.