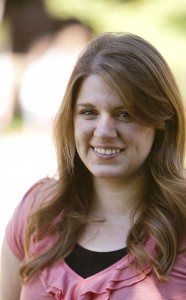 [/media-credit]Driving around in my dad’s pickup truck to stake campaign poster’s stating “Vote Mayor Lacy” is one of my earliest memories as a child. For as long as I can remember, politics have been part of the discussion in the Lacy household.

Growing up my father held local political positions as well as stayed involved in church callings.

In my mind, my religious beliefs as a “Mormon” always heavily impacted my political views.

In the upcoming presidential election, with a Mormon presidential candidate, religion versus politics is a hot topic.

Throughout history philosophers have been debating whether or not mankind can completely separate their political views from their religious views.

We often hear phrases such as “check your religion at the door” in politics stating that politicians should be completely objective and separate their religious and political lives.

I do not believe that this is completely possible. No matter what we say or do, the morals that we believe affect our political thinking.

As a high school student, I had to write a paper on what my ideal government would be. I was struggling in writing this paper and so I asked my father to help me form “the perfect government.” After pondering my questions for a few minutes, I could see a light come on in my father’s face as he reached across the table for his scriptures.

To be honest, I groaned a bit inside as I thought to myself, “Oh no, this is going to turn into another Sunday school lesson.” My father then proceeded to show me Mosiah 29 in the Book of Mormon where Mosiah proposes judges to be chosen in place of a king.

In reaction to this, I  said something to the effect of, “Well, that’s great Dad, but I can’t exactly use the Book of Mormon in my paper in a secular school, now can I?” to which he responded, “Well why not? Find some secular book that supports these beliefs and then use that as your reference.”

You see, in my father’s mind, what was right and wrong in politics was deeply rooted in his religious beliefs.

Our religious beliefs, whether or not we even believe in God, are deeply rooted in who we are and therefore affect our political decisions.

In this sense, I believe that there can be a separation between what a person would politically vote for and what they morally view to be right.

For instance,I also know that in the upcoming presidential election some voters will vote for or against Mitt Romney because he is a Mormon and not necessarily because they understand what he stands for politically.

Since we are a nation that separates church and state, voters should not just vote for or against a candidate due to his religious beliefs. Hoever, since feelings regarding religion run so deep in our psyche, inevitably some voters will let these emotions overrule them when it comes time to vote in the November elections.

It is not wrong for us to let our religious views affect our political views, because that is part of who we are, but we must also understand that not everyone believes the same way that we do and we should respect their views along with our own.