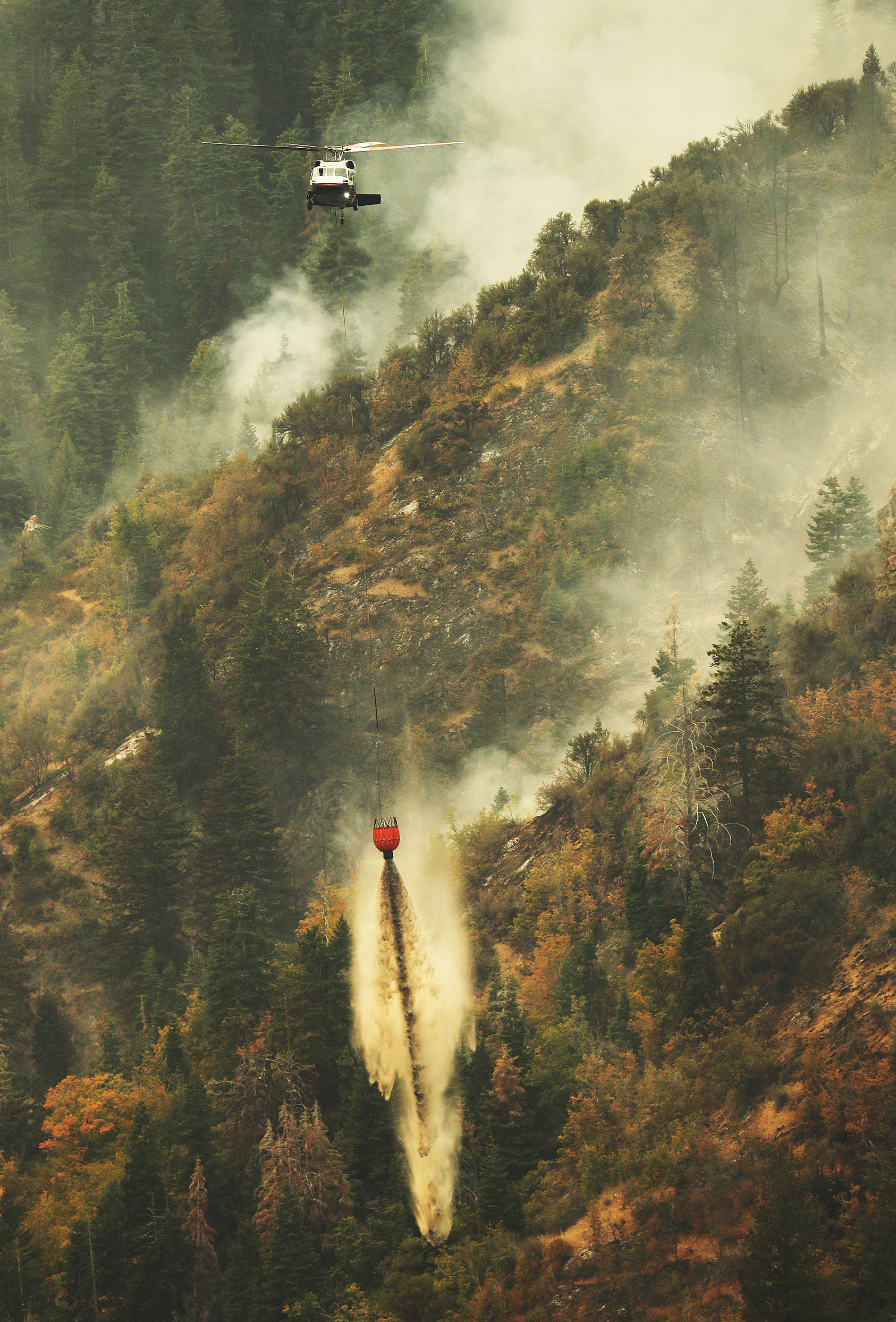 The fire was 28 percent contained. Three helicopters flew overhead helping with bucket work when they were suddenly ordered to stand down. A drone had been spotted within the restricted airspace; the crew remained grounded until it was safe to continue.

This was the experience firefighters had on Sept. 20 while tackling the southern end of the Pole Creek Fire, according to a Utah County Fire Relief official fire update.

Firefighters face several challenges when putting out fires, including burns, smoke intake and other injuries that require them to be committed to the job at hand, according to an article by the Houston Chronicle.

Firefighters may face additional dangers when people fly video cameras above a fire scene to capture the action. Drone usage poses several threats to aerial firefighters and other crew who fly in from above to put out the infernos.

According to the Royal Aeronautical Society, the United States flew aircrafts to fight fires for 87,000 hours in 2017. The number of hours spent flying increased when extra time was spent clearing the airspace.

Ryan Waycasy, a firefighter and paramedic for the Fire and Rescue Department in Provo, worked with his department on the Pole Creek and Bald Mountain fires.

Waycasy said drones are not a direct threat to him or his crew on the ground but can cause complications when initiating airdrops and calling in aerial forces. Aerial firefighters can fight large wildfires by flying in from above and dropping water and fire retardant.

“If there is a drone in the sky, we are not allowed to do airdrops because it could interfere with our airplanes or helicopters,” Waycasy said. “It conflicts with us because we can’t send up these planes that are full of retardant and water to put out fires.”

“The drones could interfere with the aircraft they use to put out the fires. This could lead to crashes or being forced to land, which prolongs fighting the fire,” Buchli said.

“Most aerial firefighting operations take place below 200 feet, which is where drones fly,” Tolman said. “Most of the time if drones are in the area, they have to stop their aerial operations, which means the fire burns more of the forest.”

In some cases, drones can be a firefighting obstacle, but in other cases they can serve a productive role. Research showcasing drones as a line of defense in helping to douse fires is the subject of a ResearchGate article by Katherine Lindemann. She said drones can help in aerial firefighting and in complementing “existing aerial extinguishing techniques.”

“The report of a possible drone sighting can shut down aerial operations in a wildfire fight, even if the report is never confirmed,” he said. “Small drones are relatively new to everyone, which tends to heighten perceived problems the people flying them might cause.”

For example, there was a report in 2016 a drone had struck a airliner as it came into the London’s Heathrow Airport. In reality, the “drone” might have been none other than a plastic bag, according to The Washington Post.

“While the FAA has scrambled to set operating standards for drone pilots, the operating rules for hobbyists differ from those for professionals, which also differ from drone use by public safety or other government officials,” Fidel said. “Those differences likely contribute to misinformation about what is happening in airspace close to the ground where drones are flying.”

Although in some cases drones are used to put them out, the Federal Aviation Administration states on its website, that “wildfires and drones don’t mix.” The FAA cite the U.S. Department of the Interior’s regulation 43 CFR 9212.1(f), and state “that it is illegal to resist or interfere with the efforts of firefighter(s) to extinguish a fire.”