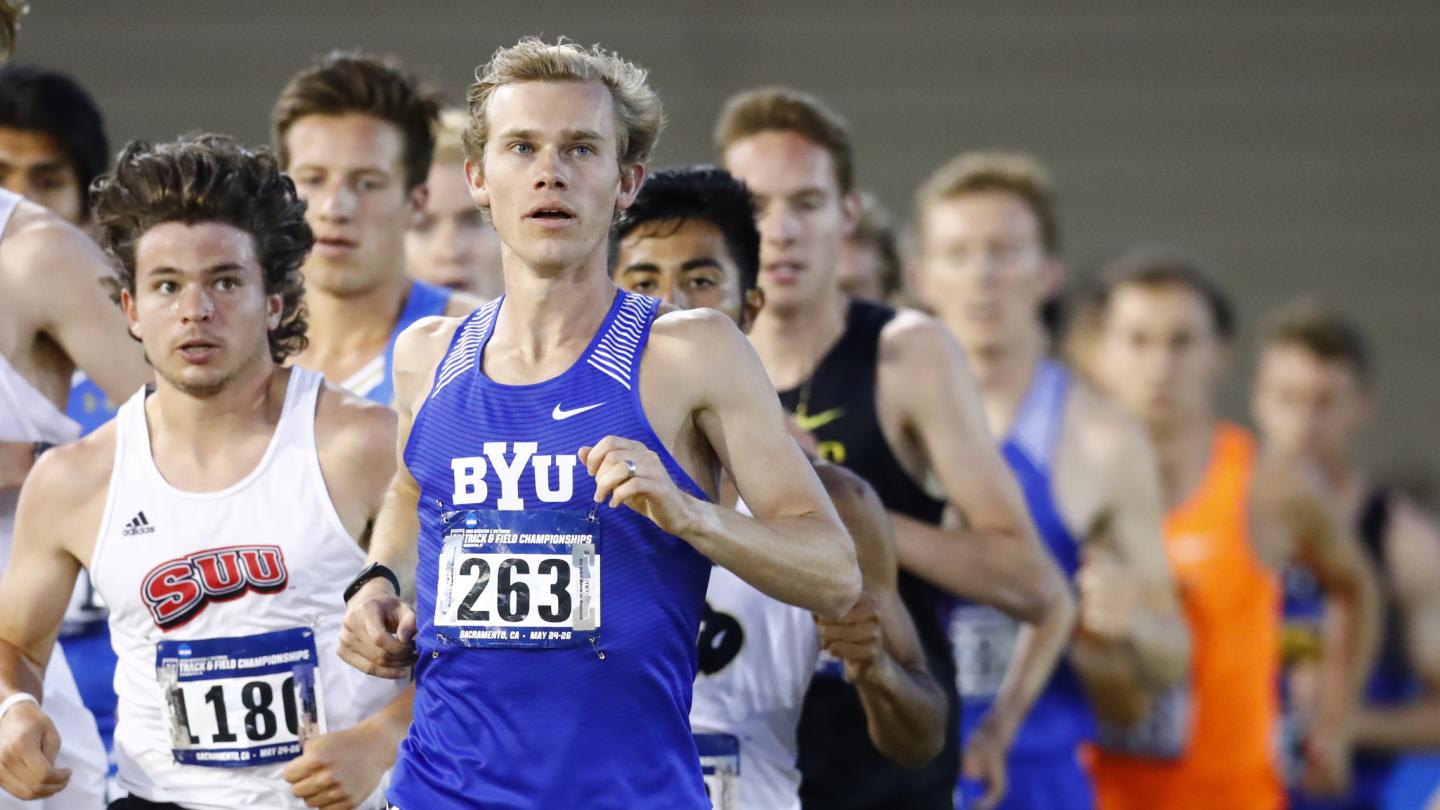 “We’re very excited about the direction we’re headed in,” coach Ed Eyestone said. “Our athletes came out and performed at a very high level. Now we’re just hoping to go to the big dance and score as many points as we can.”

The usual star-studded squads led the way for the Cougars, with the long-distance and steeplechase athletes putting on impressive performances en route to nationals.

The long-distance trio of Connor McMillan, Clayton Young and Rory Linkletter qualified for two events in the championships: the 5,000 meter and 10,000 meter races.

Whittni Orton ran a personal-best 4:14.41 in the 1,500 meter, guaranteeing her spot in the national meet and giving her the No. 3 all-time mark in school history.

Anna Camp also broke her previous record in the 1,500 meter with a time of 4:18.08 but fell one spot shy of qualifying for the semifinal.

After running a 13.36 in the 100 meter hurdles prelims, Alyssa Dalton clocked a 13.27 in the quarterfinal to advance to the semifinal round at nationals.

The BYU women’s 4×400 relay team ran a season-best 3:36.82, closing the track meet for the Cougars and earning the final qualifying spot for the semifinal at the NCAA Championships.

True freshman Ashton Riner finished in 11th place in the women’s javelin to secure her spot in the NCAA Championships.

High-jumper Andrea Stapleton-Johnson will compete in her second consecutive nationals after taking first place with a clearance of 1.80 meters.

Brenna Porter ran a career-best 57.18 in the 400m hurdles on Friday, May 25, earning her spot at the NCAA Championships. The achievement comes just one year after a freak accident in last year’s regionals sliced open her leg and kept her out of contention for the national championship.

Kevin Nielsen received an automatic bid to nationals after the regular season in the decathlon, qualifying with a total of 7,475 points for the 24th seed. Decathletes do not compete in the NCAA preliminary rounds.

The NCAA Championships will be held at the University of Oregon’s Hayward Field in Eugene, Oregon, June 6–9. ESPN holds the broadcasting rights, and a schedule of its coverage can be found on ncaa.com.