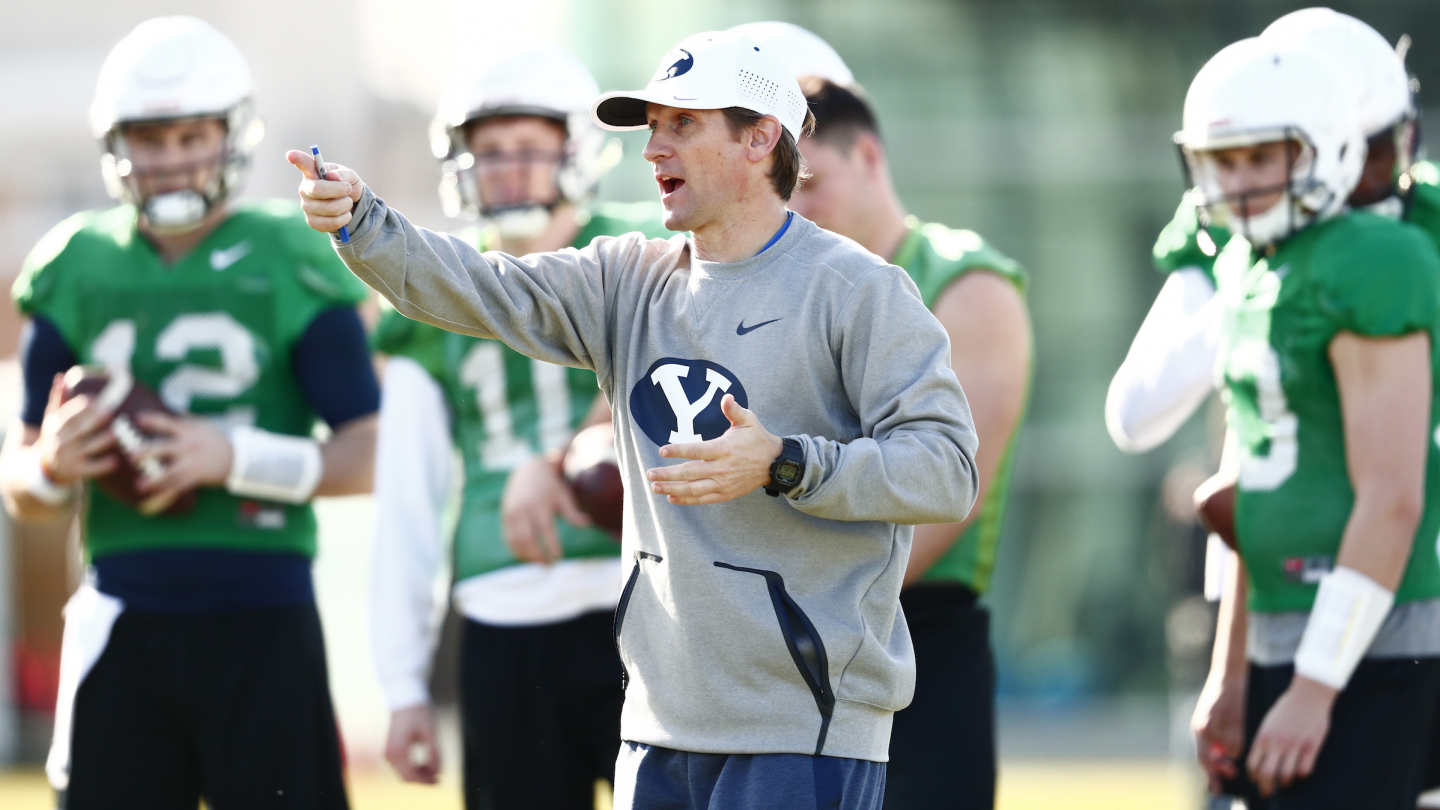 The second week of BYU football spring camp has begun, and the quarterback field is already cut from eight down to seven with the announcement of Kody Wilstead transferring.

Wilstead, a 6-foot-6 redshirt freshman from St. George, Utah, asked to be released from the team and will transfer, possibly somewhere closer to home like Southern Utah.

If he transfers to an FCS school he will be eligible immediately this season, but if he goes to a fellow FBS program he will have to sit out and lose a year of eligibility, having already used his redshirt year.

“He wants to get on field and play as soon as possible, and he is looking for a different place to do that,” said coach Kalani Sitake to media following Monday’s practice. “He has been a great support to us and a great teammate, so I wish him the best. I will be there to help him out as much as possible.”

Wilstead was one of five freshmen quarterbacks on the roster, with fellow Utah prospect Zach Wilson looking like the frontrunner of the pack at the moment.

Texas product Stacy Conner, and returned missionaries Baylor Romney and Jaren Hall round out the freshmen quarterback crew, though some may end up changing positions once the depth chart begins to take its final shape.

Junior Beau Hoge and sophomore Joe Critchlow continue to lead the way after playing the majority of BYU’s quarterback minutes last season, and will look to establish themselves as the guys to beat as the spring ball continues.

Tanner Mangum is participating in a few drills but is not taking part in full-squad scrimmages yet. He revealed to the Universe that he looks to be 100% by fall camp.