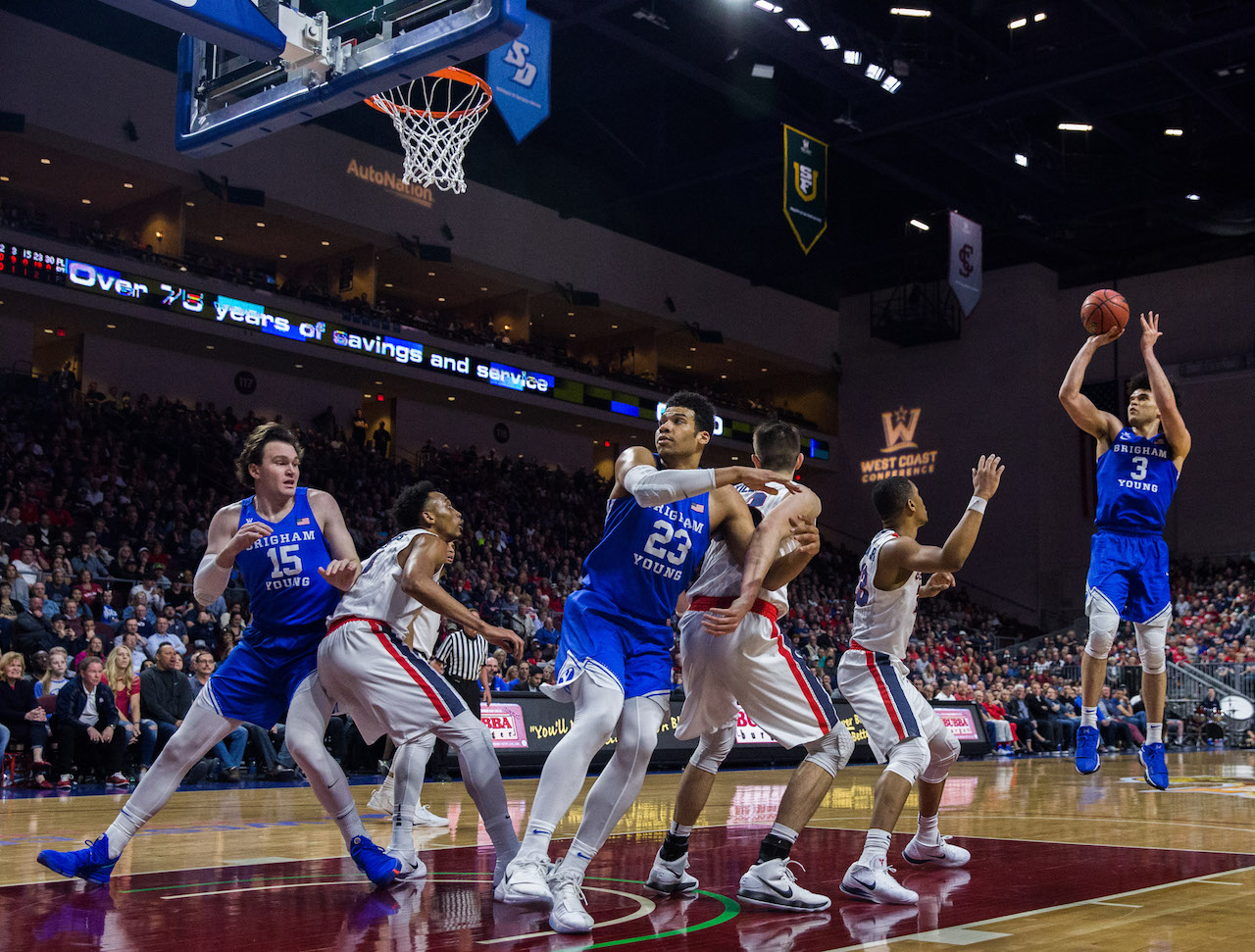 The National Invitation Tournament announced its seeding following the NCAA Tournament bracket reveal Sunday, Mar. 11. BYU was named a No. 6 seed in the NIT, matched up against No. 3 seed Stanford in the first round.

The first-round NIT matchup will be held Wednesday, Mar. 14 in the Maples Pavilion in Palo Alto, California, with tipoff at 8 p.m. MDT on ESPNU.

Stanford finished with an 18-15 record overall and tied for third in the Pac 12 with an 11-7 conference record.

“They’re a really big team,” said Rose of the Stanford squad. “They don’t take a lot of threes, but they play fast.”

The winner of the game will go on to play the winner of No. 2 seed Oklahoma State vs. No. 7 seed Florida Gulf Coast in the second round.

The news followed a disappointing loss to Gonzaga in the West Coast Conference championship earlier in the week on Mar. 6, likely destroying BYU’s hopes of making the Big Dance.

BYU finished the season with a 24-10 record, two more wins than last year, but failed to get any “signature wins” to help build a resume worthy of an at-large bid.

BYU has been led by its pair of All-WCC First Team honorees Elijah Bryant and Yoeli Childs.

“I don’t feel like it’s the end of the season,” said Childs after practice Monday. “I feel great.”

He exploded in the tournament in Las Vegas, reaching a new career-high 33 points against Saint Mary’s, and going 6-or-6 from three over the final two games.

This is BYU’s third-straight NIT bid, and 13th-consecutive postseason bid, a program record.

In 2013 and 2016, the Cougars won three straight games in the NIT to reach the semifinals in Madison Square Garden.

First round play for the NIT is scheduled for Tuesday, March 13, and Wednesday, March 14, with the second round running March 16-19. Quarterfinals will be held on March 20 and 21 and four teams will advance to New York City for the semifinals on Tuesday, March 27.

The NIT will conclude with the Championship game on Thursday, March 29. The semifinal and championship games will be played at New York’s historic Madison Square Garden for the 81st year.

The NIT will utilize the following experimental rules during all tournament games.