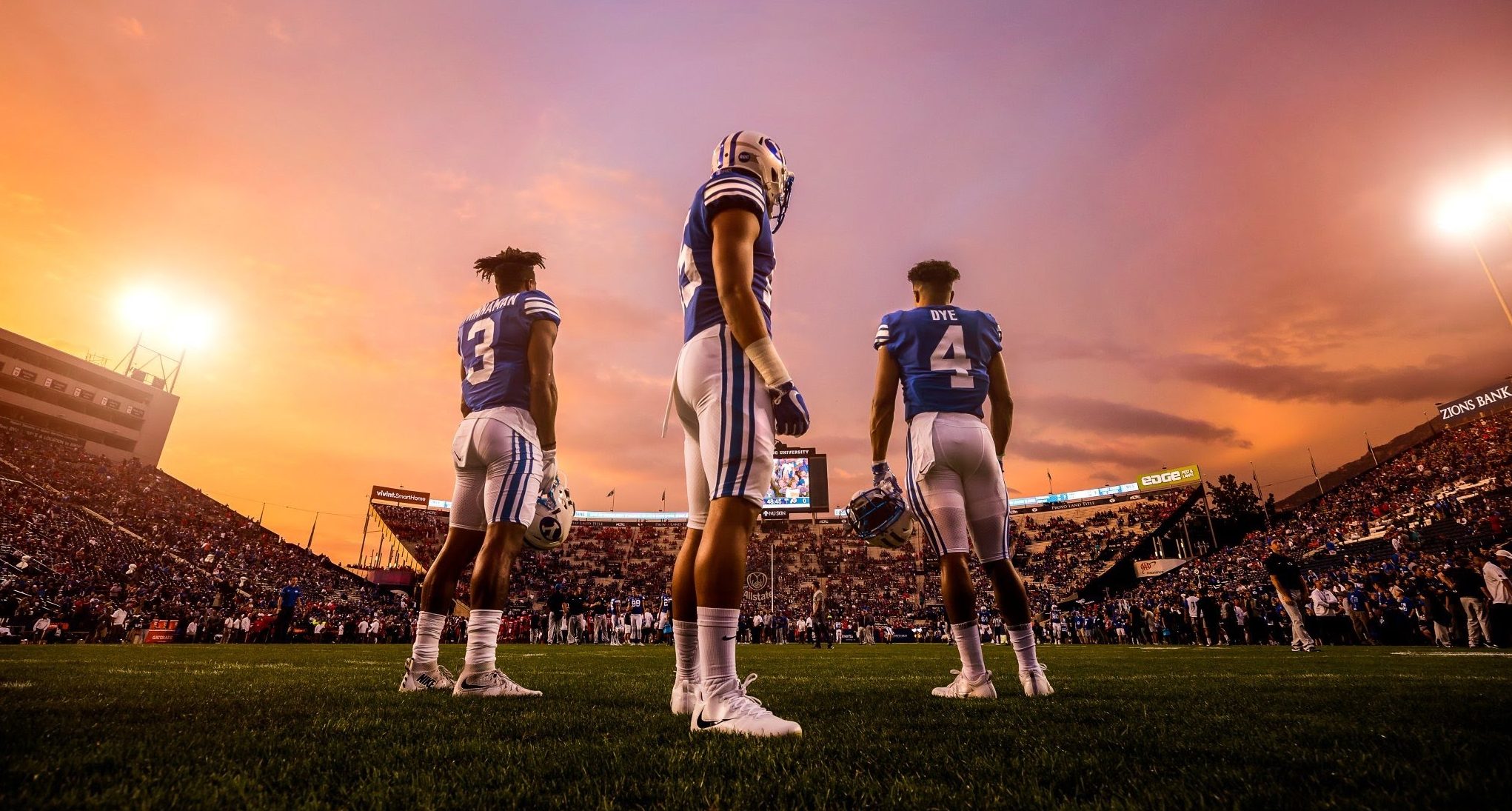 LSU’s Jeff Grimes was announced as Ty Detmer’s replacement at offensive coordinator, and he wasted little time revamping his staff.

With these changes, and some insight into Grimes’ plans and coaching style, here’s a look at the future of BYU’s offense:

1. BYU Football is committed to competing at the highest level

Then, on Dec. 14, BYU hired LSU offensive line coach Grimes as its new offensive coordinator to replace Heisman-winner and BYU alumnus Ty Detmer, after the team’s worst season in over 60 years. Grimes helped coach BYU’s offensive line from 2004 to 2006.

Grimes received a raise last season at LSU, bringing his total salary up to a whopping $525,000. It is unlikely Grimes would take a pay cut while taking on more responsibility with the offensive coordinator position.

Hiring a top-tier coach who is also not LDS for what must be top-tier money (BYU salaries are not made public) means BYU is serious about righting the ship and competing with the best next year.

The team then gutted the offensive staff, adding three outside hires and leaving only tight ends coach Steve Clark from last year.

BYU alumnus Aaron Roderick and Fesi Sitake were both offensive coordinators, at Utah and Weber State, respectively. Grimes coached Ryan Pugh, the third hire, at Auburn, and they later coached together at Auburn, as well. Pugh comes from the University of Texas at San Antonio, where he was the offensive line coach.

Per NCAA rules, BYU can add another assistant after Jan. 9.

Not only do all these new assistants have college football coaching experience, something Detmer did not have previous to BYU; they also all coached at successful programs.

“(Roderick) brings valuable play calling and coordinating experience, and his ability to teach the game is impressive,” said coach Kalani Sitake, who coached with Roderick at Utah. “Fesi (Sitake)  is one of the game’s up-and-coming young coordinators…and Ryan (Pugh) is an impressive young coach with great leadership qualities and a championship mindset.”

2. Players are the priority

After a never ending list of injuries and off-the-field issues with players this past season, it looks like BYU football is ready to put the well being and potential of each player as its highest priority.

This improvement begins with Grimes, who takes great pride in his relationship with the players and helping them be their best.

“Coach Grimes loves his players, enjoys his role as a mentor and gets the most out of his players both on and off the field,” Sitake said. “I look forward to him making that impact here at BYU football.”

“I think it’s really, really important that you build an offense around the skill set that you have,” Grimes said at his BYU press conference of his approach to personnel. “We will be very demanding but love the guys too.”

Regarding his quarterback, Grimes said he would prefer a great leader and skilled passer over athletic prowess and natural talent.

Since he first arrived in Provo, Grimes made getting to know the players his number-one priority, and helping them succeed will remain high on his list as he forms a new culture.

3. Kalani Sitake is here to stay, and that’s good

After the worst season in recent memory, many BYU fans speculated it could be the end for Sitake in just his second year. This was not the case.

Sitake not only remains, but was a key factor in recruiting experienced, high-caliber coaches to build his staff and improve for next year.

After having countless discussions with other people about possibly coming to BYU, Grimes said two of his lasting impressions were: BYU football is headed in the right direction, and Sitake is a great person and coach.

The second-year coach, whose record is no worse than Lavell Edwards’ was after two seasons, is the biggest draw to BYU football right now, and the results are impressive.

4. BYU will be better than last year

The third lasting impression Grimes had in his discussions was BYU has enough talent to win right now.

This, combined with an incoming freshman class that looks better with every signing, means good things for next year.

With Grimes at the helm of the offense, BYU received letters of intent from two sought-after quarterbacks in Stacy Conner and Zach Wilson, and several offensive linemen to add to an already talented group.

Both quarterbacks were being recruited by numerous Division I schools, including Pac-12 offers for Wilson.

As long as the Cougars can sustain fewer injuries than last year and develop their young roster on both ends of the field, they are guaranteed to improve in the 2018 season.

With an experienced coaching staff, and talent to spare, BYU football is set to improve not just this year, but for several years to come as they look to become relevant on the national stage once again.