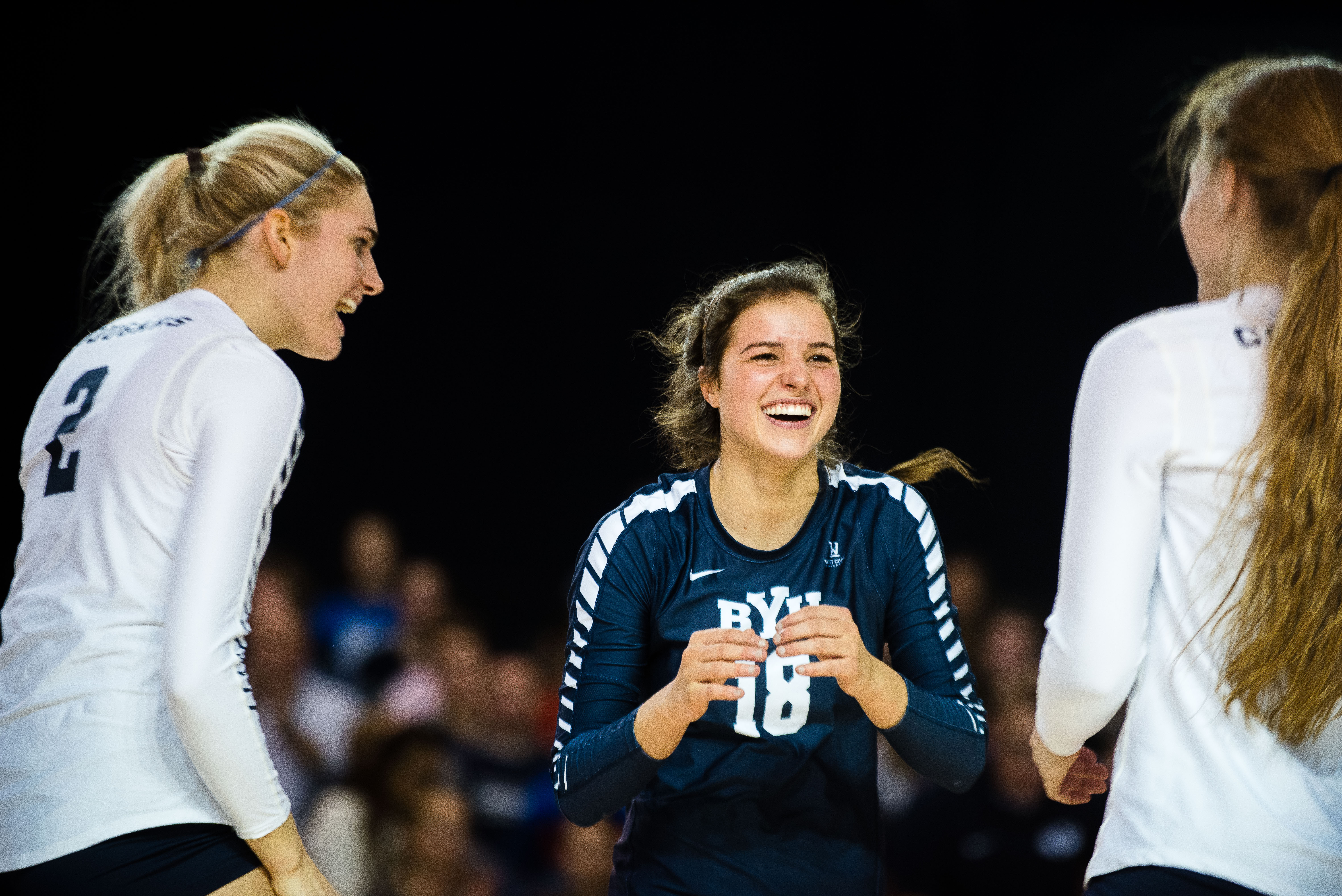 The Cougars improve to 22-2 on the season and are tied with San Diego at 11-1 in West Coast Conference play.

“I thought there were a lot of positives in this match,” said coach Heather Olmstead. “I thought our blocking was the difference; we served tough and that helped out blocking system and helped us get some good touches.”

BYU really set itself for success when it took its first five-point lead in the first set at 12-7.

After a kill by Lyndie Haddock and Pacific errors, the lead extended to 17-8 for the Cougars. The Tigers kept things close and cut the Cougar lead to only two points at 23-21.

However, BYU won the set after a Jones-Perry kill and a Pacific error.

BYU and Pacific traded off taking a one-point lead until the 9-9 mark in the second set.

This ended when back-to-back blocks from the Cougars put BYU up 12-9. BYU extended this lead to 19-14 due to blocks from Lacy Haddock and Burnett. The Cougars pushed the lead to eight and won the set on a Mckenna Miller kill, 25-17.

The Cougars and Tigers again stayed within one point of each other in the third set until BYU took a five-point lead at 13-7.

The Cougars responded with a seven-point run to extend their lead to 24-16 and a Pacific service error gave BYU the third set for the sweep.

BYU looked revived in this match after a tough loss last weekend to then-No. 18 San Diego.

“It was good after our loss to kinda regroup and see what we needed to do to do better,” said sophomore Mary Lake. “We really aimed this week to serve tougher and I think the stats show that we did.”

BYU continues WCC play at home and will host Saint Mary’s at 1 p.m. MDT on Nov. 4.