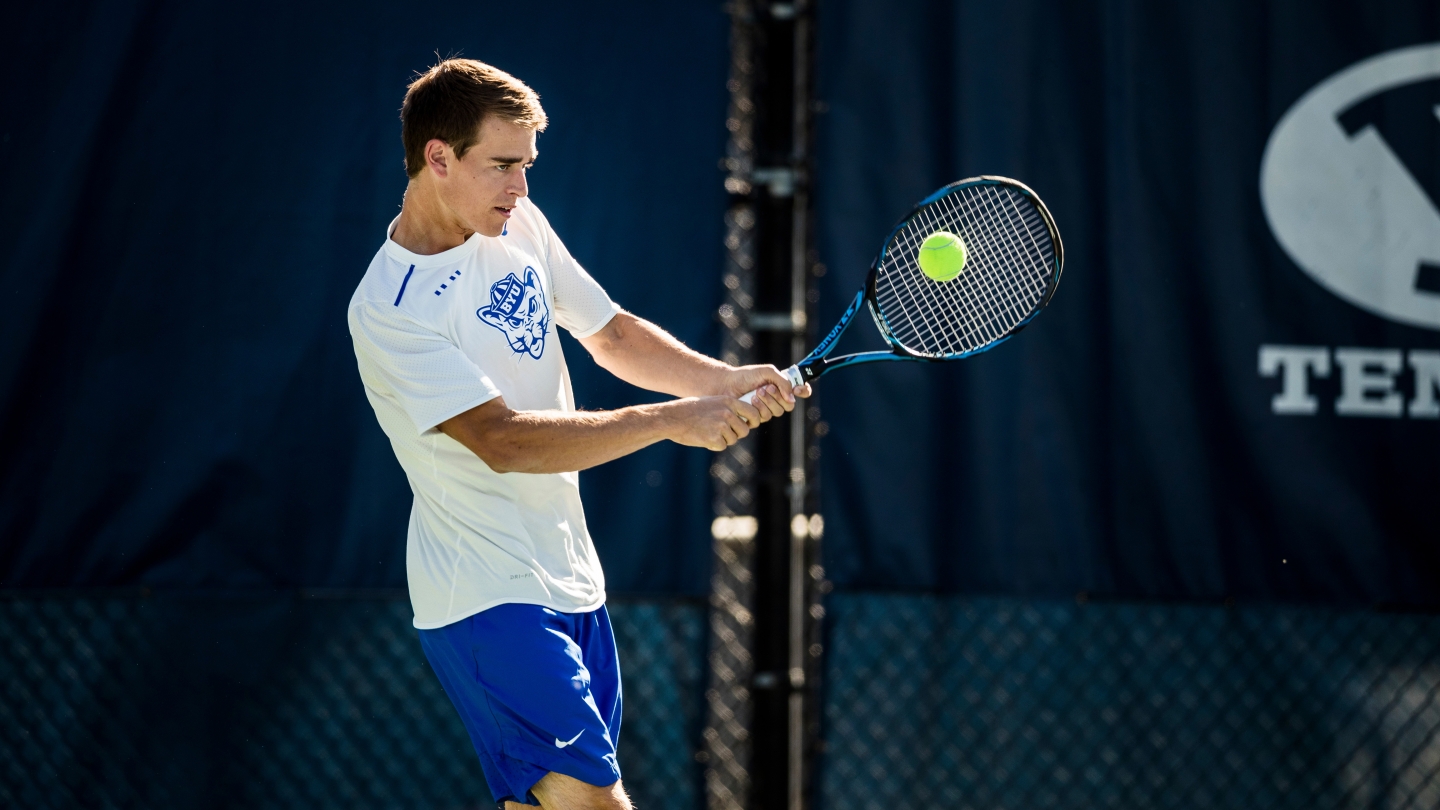 BYU’s men’s tennis doubles team Jeffrey Hsu and Sean Hill made it to the semifinals of the 61st Annual Southern California Intercollegiate Championship hosted by USC Oct. 26-28 before forfeiting the match because it was scheduled to be played on Sunday.

To get to the semifinals, Hsu and Hill advanced past No. 1 seed Max Creesy and Keegan Smith of UCLA, who retired due to injury, and defeated teammates Jacob Tullis and Ben Gajardo in the quarterfinals.

“I love how our guys competed and represented at the tournament this year,” said coach Brad Pearce. “This was a well-run tournament by the Southern California Tennis Association, the weather was great and USC was a great host. We look forward to returning next year.”

Doubles teams Sam Tullis and David Ball as well as Ben Gajardo and Jacob Tullis won their matches on Oct. 27 and moved on to the main draw on Oct. 28.

In the main draw, Ball and Sam Tullis were defeated by UCSB’s Simon Freund and Joseph Rotheram in the first round.

On Oct. 26 Sam Tullis and Hill qualified for the main singles draw, receiving byes in the first round.

On Oct. 27 Sam Tullis fell to Thibault Forget of USC and Hill lost his match against USC’s Logan Smith.

“Win or lose, our guys are getting much-needed match play against great competition,” Pearce said.

Hsu, John Pearce, Matthew Pearce, Jacob Tullis and Artsiom Ausiyevich all competed in the Round of 32 singles qualifying draw on Oct. 26.

However, none of them advanced to the main draw. They did compete in the consolation bracket where Hsu made it to the semifinals before having to forfeit the match because it was scheduled for Sunday.

The Cougars will not be competing again until January. Sean Hill will represent the Cougars individually at the ITA National Fall Championships in Indian Wells, California, Nov. 1-5.