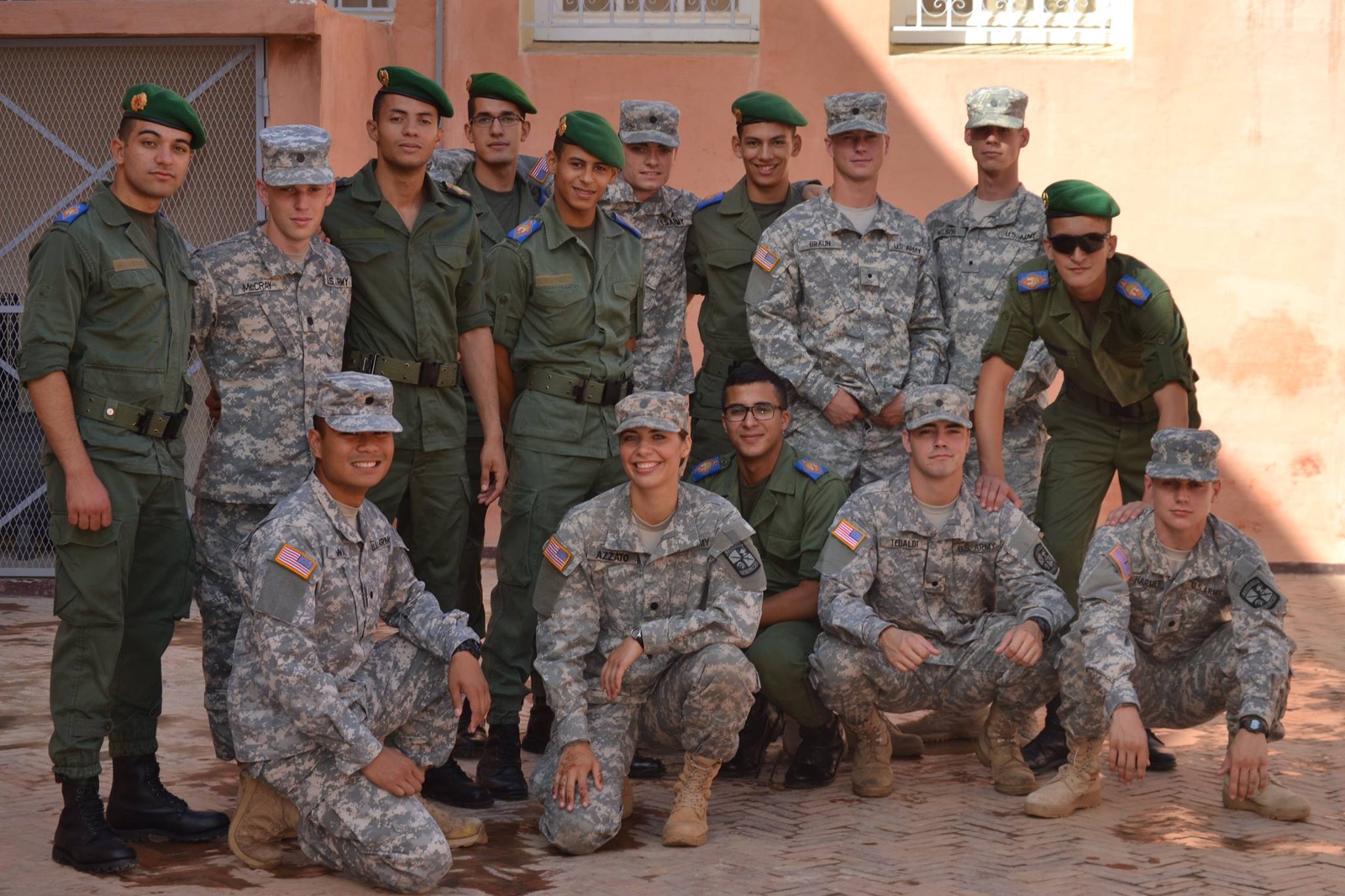 The first time Kenny Nelson left the United States he experienced the day-to-day life of a Moroccan army cadet.

Each year the U.S. military funds summer trainings abroad in order to boost cultural competency and build multicultural relationships, according to Nelson. Cadets from all over the nation participate in this program.

Cadets like Nelson train for one month at Fort Knox, Kentucky. They then spend the duration of the program in their assigned country.

Nelson spent his first two weeks outside the U.S. in Morocco at the Meknes Royal Military Academy paired with a Moroccan cadet who spoke English. Foreign language proficiency is not required to participate in the program, but Nelson did study Arabic in the months prior to his trip and at Fort Knox.

The training cadets receive at Fort Knox prepares them for living abroad and encourages cadets to immerse themselves in the culture of their assigned country.

“We just immersed in their activities and what their day-to-day training would be at the military academy,” Nelson said.

Cadets participated in a wide variety of activities including sports, horseback riding and basic military training. Cadets also had the opportunity to discuss important topics ranging from terrorism to religion.

“(The experience) really opened my perspective on what life was outside of the U.S. and how the Moroccans viewed certain topics and the United States,” Nelson said.

The cadets were then split into teams and rotated between three cities for the remainder of the trip. They completed humanitarian projects, including painting a school in a mountain village and serving at a refugee camp with people from all over Africa.

Nelson said meeting military cadets in Morocco and building friendships was a highlight of his experience, as well as learning how people in a different culture live.

Cadets do not choose the country in which they receive training, however they can submit requests. Austen McCleary, a senior studying geospatial intelligence, went to Albania last summer.

Missions are often assigned based on certain criteria like knowledge of another language, according to McCleary. He speaks Cantonese and was originally assigned to Malaysia per his request, but was reassigned to Albania. McCleary had no experience with Albanian, but he said the language was not a problem.

“Most of the time we were actually encouraged to speak English,” McCleary said. “The majority of people there speak some level of English so it wasn’t too difficult to make connections with people there.”

McCleary’s training included military instruction, service and humanitarian work. He did everything from pulling weeds and clearing a soccer field to teaching English at an orphanage.

“I learned a ton about the Albanian culture. It’s a fairly small country, but the history goes back quite a bit,” McCleary said. “We got to visit some of these historical sites. We got to see castles and these cities that have been around for over a thousand years old.”

The number of slots for missions in the Cultural Understanding and Language Proficiency Program vary. In order to get a slot, cadets need to do well academically, score well on the fitness test and be in good standing with the cadre or faculty at BYU. Participating in this program can be beneficial for a cadet’s future career in the military, according to McCleary.

“A lot of leaders look for people who are well rounded, that have a knowledge of different regions around the world,” McCleary said.

Junior cadet Hyrum Dean said he heard a lot about the program from BYU cadets who previously participated. Dean is studying history with an emphasis in the Middle East, and is minoring in Portuguese and military science. He applied for the program during Fall 2016 and was accepted.

Dean requested to be sent to South America because he spoke Portuguese. He was excited to find out that he will train in Brazil this summer.

Dean is completing trainings on military websites to learn how to be safe as American citizen in another country to prepare for the program.

A number of cadets will be participating in the Cultural Understanding and Language Proficiency Program this summer, according to Army ROTC department secretary, Carin Delos Santos. BYU will send cadet Tanner Reed along with Dean to Brazil, cadet Colin Hatch to Sri Lanka and cadets Kealani Creech, Joseph Kline, Davis Larkin and Devin Sturgeon to Chile.