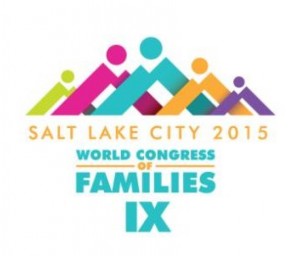 Despite vast differences in theology and religious practice among participants at the World Congress of Families, five speakers from uniquely different faiths spoke of their view on family from the perspective of their faith, finding similarities across tradition.

Rabbi Avremi Zippel, a Jewish Rabbi and co-Director, Chabad Lubavitch of Utah, was the first to speak. Zippel, who currently works for the world’s largest Jewish outreach movement, spoke of his story growing up as a Jewish boy in Salt Lake City. Zippel first spoke of the devotion his head-covering represents.

“That is why I cover my head,” Zippel said. “Why as a Jew, I constantly wear a head covering is to remind me to live a godly life.”

Zippel explained that as an observant Jew growing up in a family environment, this is the message he grew up with. “We believe everyone in the world has this responsibility to an extent,” Zippel said, but for members of the Jewish faith this is especially true.

It is often remarked that the first five of the 10 commandments are between an individual and God, while the later five describe how people are to treat each other.  Zippel challenged this when he noted the fifth commandment is to honor thy father and mother. “God was trying to teach us a very powerful lesson, that our family and our parents are a divine gift. At all times it is incumbent to remember that our family, exactly the way we have it …is a divine gift,” Zippel said.

As Jewish culture states, Zippel and his wife have no physical contact with any individual of the opposite sex beyond immediate family. When approached to shake hands by a woman, Zippel simply said, “I offer my heart not my hand.”

“We live in a time nowadays where I believe it’s safe to say it’s never been harder to stick to your beliefs and values,” Zippel said.

Next to speak was Jana Scott, a member of The Church of Jesus Christ of Latter-day Saints. Scott shared an example of how light makes things more beautiful while also bringing out more detail. She spoke of light as truth and love.

Scott quoted “The Family: A Proclamation to the World,” sharing that the family is central to the LDS religion. She shared tools that LDS members use to strengthen their families.

Scott shared the LDS view that families are eternal and that the family is a workshop to grow and learn. This “workshop” begins with a mother and father, who make a covenant with God. Scott said this covenant gives her husband and her the extra strength and blessing in their relationship and family.

Next to speak was Jennifer Roback Morse, a former university economics professor and author, who shared views of Catholic theology. She gave an insight into the utmost importance of the marital relationship in Catholicism, explaining that it is a foretaste of each individual’s future relationship with the Trinity in the heaven.

“The human person is meant for love,” Morse said. “The proper posture of one person to another is love and never use. Every human being is a gift from God.”

Fadila Grine, professor of Islamic studies at the University of Malaya, shared her views about Muslim families. She had another Muslim woman to translate for her, and began by telling the audience in English that she would be at the next World Congress of Families speaking in English herself. Grine said the, “roles between husband and wife are complimentary and not contradictory.”  In Islam, both motherhood and fatherhood are valued.

A symbol of this in Muslim culture and scripture is the verse that men and women are a garment for one another, to protect and provide for the needs of the other, she said.

Lynn Walsh, a member of the Unification church,  is director of the Marriage and Family Peace Initiative. She brought together the thoughts of each preceding speaker, describing how science bears out the differences between men and women. Walsh showed copies of brain scans and spoke of the creation of man and woman by God in his own image. God is most essentially love and parental love, Walsh said.

The session, held Friday, ended with a chance for the audience to speak personally with any of the panel members, and a last thought from each member. Grine finished the session by saying everyone must join hands and work together to protect families as they are being attacked.