As society becomes increasingly concerned with healthy, or “pure,” eating, psychologists and nutritionists say this fascination can all too easily become a fixation that results in disordered eating.

An unhealthy focus on eating healthfully and anxiety over food are key components of an eating disorder called orthorexia. While this disease is not officially recognized in the Diagnostics and Statistics Manual as a mental illness, mental health professionals are calling more attention to this increasingly common disorder.

“Orthorexia starts out with wanting to eat healthy, but then it crosses that line from healthy eating to disordered eating,” said Megan Kennedy, the nutrition and wellness consultant for the BYU’s Women’s Services and Resource Center. “You can make healthy eating decisions and not be orthorexic, but it’s when it interferes with other aspects of your life that it becomes that unhealthy fixation and obsession.”

Jordan Younger, a prolific blogger in the health world with her blog “The Blonde Vegan,” sparked increased awareness about the disorder when she told her 90,000 followers on Instagram and her blog that she suffered from orthorexia.

Younger decided to live a vegan lifestyle in her last semester of college in 2012 and did so for two years until June 2014. She engaged in radical diets like 10-day juice cleanses, 80/10/10 raw veganism and extended restrictive plant-based diets.

For Younger, her vegan lifestyle amplified her “all or nothing” personality and led to disordered eating. A year into her diet she started having B-12 and protein deficiencies, along with other health and psychological concerns.

Younger didn’t recognize her eating habits as disordered until she talked to a friend. This led to the realization that she’d engaged in an unhealthy eating lifestyle for years, restricting her diet and then binge eating.

She began making changes to challenge her disorder and even renamed her blog “The Balanced Blonde.” She now advocates healthy eating instead of extreme eating.

“Orthorexia does not allow room for living in the moment, pursuing passions, having fun, being social or anything that constitutes well-rounded, healthy or happy lives,” Younger said.

As a result of her struggle, she has received numerous emails from people who are also dealing with orthorexia and hopes to help them with the release of her book “Breaking Vegan” this November.

Orthorexia, like any other eating disorder, causes severe medical and psychological symptoms. When Younger recognized these signs in herself, it was a major turning point. “I am the first person to agree that to be educated on nutrition is hugely important. The problem is that, for too many of us, it’s easy to … take it too far,” she said.

Mental health professionals and dietitians state many reasons why orthorexic eating can occur. Reasons range from previous psychological illnesses to incorrect ideas portrayed in the media.

“It’s variable,” said psychologist Jon Cox. “Usually, but not always, there’s kind of a predisposition for it. There are studies that show that people with eating disorders tend to have a family history of anxiety disorders and depression in their extended family.”

Amy Harman, a licensed marriage and family therapist at the Center for Change, agreed that such disorders often serve to amplify people’s tendencies to engage in obsessive eating. “If these people get introduced to these strict healthy eating regimes, it can become addictive,” she said.

Harman also added that orthorexia seems to stem from what she calls a “new spirituality.”

“What people think of as good or righteous is very different than what people used to think was good or righteous,” she said. “People have turned to healthy eating as a way to feel good, righteous and to feel worthy. If they eat good and healthy, then they (feel they) are a good person.  But they may not be as concerned about lying to parents or doing other things, which go against their own standards of ethical or moral behavior.”

Much of this seems to stem from the media, where magazines label foods as “sinful chocolate cakes” or “naughty brownies,” according to Harman.

Other causes of orthorexia stem from people turning to information sources that aren’t credible, both through the media and the Internet, which are full of information touting foods that will boost metabolism and assist with weight loss or warning about food groups to avoid.

“There are a lot of fads or diets out there that are not backed by science. There are registered dietitians and dietitian nutritionists who have the science to back up their statements,” Kennedy said, adding that ignoring all but the credible sources of information would help decrease orthorexia.

Some reliable sources include dietitians or nutritionists or science-backed websites such as eatright.org or the National Eating Disorder website.

Recovering from orthorexia can be a long process, and mental health professionals say friends and family are essential in the recovery process for those dealing with it.

“Give support, show understanding, and don’t push the friend who is struggling to do too much, too quickly,” Younger said. “Help them celebrate their victories, no matter how small. Recovery is a culmination of several small victories that end up becoming larger and larger. Never forget that.”

Harman agreed it’s helpful for friends to be a support system and to remember they can’t force somebody into recovery.

Cox added that it’s important to ask how friends might be of help without “crossing boundaries and doing things for them that they should be doing for themselves.”

For those struggling to overcome orthorexia, experts agree they first need to find somebody they can trust and talk to throughout the various stages of their recovery. They also need to learn what resources are available to help.

The BYU’s Women’s and Services Resource Center offers free nutrition consultations for students struggling with disorders and an eating disorder group, “Fed Up with Food,” during fall semester.

Campus Counseling and Psychological Services also provides group therapy, free assessments for eating disorders, and other services. Additionally, there are many services in the community, such as the Center for Change, that offer treatment and free assessments. 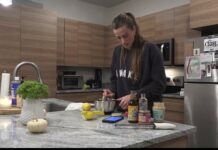 Vegans get creative with cooking during National Vegan Month 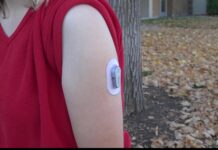 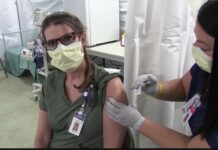