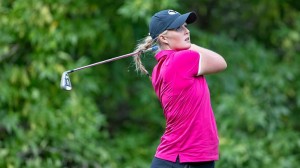 BYU faltered after tying with New Mexico State for last place at the Bruin Wave Invitational finishing at 108-over-par.

Southern California walked away the champion, finishing at 1-under-par and playing an exceptional set of rounds on their home turf to finish the Invitational. Pepperdine came in a close second place at 12-over-par and UCLA 22-over. The Cougars attribute much of their breakdown to the difficulty of the course, a southern California course many of the other teams knew exceptionally well because of their close proximity to it.

“It was a struggle.” Head coach Carrie Roberts said. “The hard course wore on us and it was tough. The course exposed our weaknesses, but we’ll learn from this.”

The invitational was not all bad for BYU however, as freshman Alexandra White tied for 33rd individually, finishing 16-over-par and Lea Garner close behind also tying in 58th place coming in at 24-over.

The Cougars will host their next meet in sunny St. George, Utah in the Entrada Classic, a change in course that will be beneficial to the team.

“We’re looking forward to playing at the Entrada Golf Course,” Roberts said. “If we play like we played the first two tournaments this spring season, we’ll have a really good tournament.”