Real Salt Lake’s goalkeeper Nick Rimando saved the day against the Seattle Sounders ending the game 0-0. Rimando had four outstanding saves during the game and a dangerous collide with Sounders midfielder Christian Tiffert.

While both players were attempting to get the ball inside the box, Tiffert’s elbow collided with Rimando’s right eye requiring medical assistance.

The game was delayed for several minutes as the medical staff attempted to stop the bleeding. Once the bleeding stopped and a bandaged was applied, Rimando continued to make fabulous saves for RSL. After the game, medical staff discovered Rimando had a broken nose and his right eye had to be stitched.

“I just got off the radio and said it, and I’ll say it again: I think it will have to go down as one of the single best individual performances by any player that’s ever worn an RSL jersey,” Kreis said.

With the injuries and tough game overall, Rimando understands everyone is playing at their best.

“I feel good,” Rimando said. “I took a hit, but I feel okay, focused, and my eye sight is fine. These are the playoffs. Big players step up in big games, and I think everybody stepped up tonight, it wasn’t just me. I did my part for sure, but so did everybody else.”

RSL’s team effort was enough to keep the Sounders from scoring in their own CenturyLink Field in Seattle.

Seattle has been a difficult team for RSL to play this season. In the three games they have played each other in the regular season, RSL won the first and tied the other two.

“They’re well coached with good players, so we knew it was going to be difficult coming into this,” RSL midfielder Ned Grabavoy said. “We got a result we wanted. We kept it zero. Nothing is over by any means and I think Thursday is going to be another test for us for 90 minutes, maybe plus.”

Friday’s game was the first of two in the first round of the playoffs. Whoever has the largest accumulation of goals in these first two games wins the first round. Since the game last night was tied, RSL will need to win the next game against the Sounders on Thursday, Nov. 8.

Whatever the outcome, RSL is prepared.

“I’m ready to get back home and handle business on Thursday,” Rimando said. 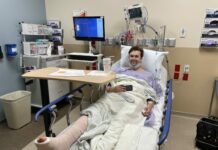 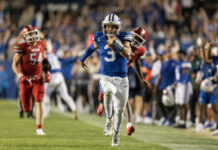