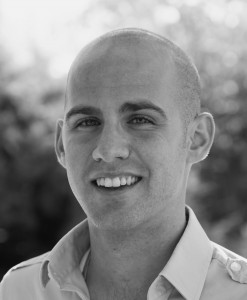 First and foremost, please know this column was written before election results were tallied. The following words are not a reaction to which candidate won or lost. And this piece is not an endorsement or condemnation of any candidate, party or policy. Truly. Now let’s get on with it.

Maybe you’ve heard this phrase before: “Don’t believe everything you think.”

It resonated with me the first time I heard it, as it has for countless others who have spread the truism. Search the phrase on Google, and you’ll see it applied to a wide range of subjects: psychology, business, religion, etc. It seems we’ve embraced it with open arms.

Yet, as this election cycle has run its course, it’s clear that Americans don’t practice the phrase with much conviction or consistency. And, too often, the reality of our behavior sits on the other end of the spectrum.

One’s own thoughts, in actuality, seem like the only thing a person is willing to believe anymore.

While there’s nothing wrong with having conviction, I’m concerned about how tightly people seem to clutch to their own thoughts, how much they trust their thoughts as infallible truth. This worries me because history repeatedly shows the foolishness in such trust. This worries me because we scoff at humankind’s past rigidness, while refusing to accept that our own personal views might be just as rigid, undeveloped or ultimately unfinished.

I noticed something after the second and third presidential debates. Watching them, I thought I had a good grasp on how they played out, and which candidates emerged the victor on various issues. Then I would go to Twitter, to Facebook, to work, to school. And it was as if others had watched a completely different debate.

It was then that I began to understand just how much people see only what they want to see. I wondered how guilty I was of the same offense. How much had I already made up my mind on a candidate? An issue? A party?

How much had I believed everything I thought?

As part of my job as digital innovation editor, I oversee The Universe’s Facebook and Twitter accounts. As such, I see and moderate the feedback our digital audience gives us. On many stories (BYU and caffeine, the assassinated ambassador in Libya, Romney’s BYU/mission years, to name a few) there’s been considerable backlash. On behalf of The Universe, I often respond to these criticisms. I try to explain/clarify The Universe’s decision-making, our approach and how things generally run around here. Too often, these explanations fall on deaf ears.

In general, I have been surprised at people’s dismissiveness of these clarifications. They believe what they think, and they believe it so deeply as to completely trivialize a viewpoint that differs from their own.

This kind of self-surety would be humorous if it wasn’t so frequent, so unrelenting, so common across all shades of political affiliation.

Of course, the most close-minded are often the most vocal. They always have been, and probably always will be. And I recognize that such voices often smother those of a more reasonable majority. But cable news, the Internet and social media have created such a deafening ideological cacophony that I worry about how most Americans have responded to it — namely, that we safeguard our own thoughts too strongly while accessing only those opinions that agree with ours.

Granted, there is a wellspring of faulty, almost militant rhetoric out there that is grounds for skepticism. And our views shouldn’t be so malleable as to become formless. But flexibility isn’t moral relativism. Just because another’s view includes a grain of salt doesn’t mean you shouldn’t take it.

I think about how deeply unproductive our own self-surety can be, and what kind of future this country faces if the majority of its citizens choose to live in their own limited perceptions. How much better off would we be if we acknowledged the difference between actual reality and the one formed by our own evolving experience? How many more problems would be fixed if we saw truth as something we constantly work toward, rather than something we’ve already obtained?

Generally, I believe society progresses in its overall views and policies. But that progress is not guaranteed. It’s conditional upon a citizenry who accept the developing nature of their own thoughts and feelings, who see the foolishness and danger in their own pseudo-omniscience.

Whoever is in the White House, I hope Americans will give their own individual notions some breathing room. I hope we leave space in our minds and hearts for compromise. In 30 years, I’m sure most of us will look back on 2012 and admit that, collectively and individually, we were not as enlightened as we thought we were. Our future hindsight deserves a place in our current mind.