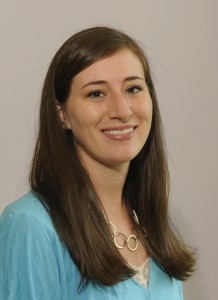 I always knew deep down inside that I would serve a mission even before I reached the required age of 21. Even though I might not have been willing to admit to myself that I was destined to serve a mission, waiting for my time to serve was like waiting for the inevitable — and nobody really likes waiting.

Two weeks after I turned 21, I entered the Provo Missionary Training Center where I would spend three months learning Russian before leaving to serve in St. Petersburg, Russia. I’ll always remember that first day I walked into the MTC and met my district; there were two sisters (my companions) and nine elders, all of whom looked very young to me. Before I had left on my mission, I was concerned about working with 19-year-old boys. I thought, “What do they know about anything? They are coming right out of their mothers’ nests.” However, my view over the next year and a half would change as I saw the growth in these young men.

I watched as these elders filled leadership positions, as they honored their priesthood responsibilities and as they stepped up to the positions they were called to as missionaries. It was the same for me. All of the inadequacies of a young 21-year-old (which I realize isn’t really much different from a 19-year-old), were reflected in myself. When I was first made senior companion, I couldn’t have had more doubt in my abilities. But somehow, as the mantle fell upon my shoulders, I was able to fulfill the calling the Lord had in store for me. However, I knew that I was serving at the time Heavenly Father wanted me to, with the people I needed to and where I needed to.

With President Thomas S. Monson’s announcement that all worthy young men may choose to serve a mission at age 18 and that women could now submit their papers to serve at 19, I was exhilarated and shocked. I was excited for these young men and women to have this opportunity to serve at an earlier time, but I wondered if this was asking too much too soon from our youth. I recalled on my experiences as a missionary and thought of my 19-year-old self living through those experiences instead of the slightly more experienced 21-year-old that I was at the time. Can the Church’s youth accomplish this task that the world believes could only be achieved by mature adults? Yes!

In these last days, Heavenly Father requires His children to be prepared when they are called to serve. As we struggle to share the gospel with the world, more messengers are needed. We need humble, willing youths that, like Nephi, can be ready to lead in capacities of the Church where they are needed. Sooner rather than later the older generation will need to hand the leadership of the Church over to the youth, so let’s all do our part in preparing them.

This announcement doesn’t just call for better missionaries, but it requires steadfast parents, persistent teachers and leaders and stronger support from members of the Church. For those young missionaries who feel the need to answer the call earlier than they anticipated, I want you to know that I am with you. Though I am young myself, I will help you prepare for your mission the best I can with the knowledge I have. This call isn’t just your burden and blessing to carry but belongs to the entire LDS community, both seasoned and young.

The expectations are high for this young generation of missionaries. I have full faith that they can fulfill the purpose the Lord has called them to. It’s your time now.