People got creative this year celebrating Halloween. Despite new normals changing old traditions, the Halloween spirit was still in full swing for those celebrating. Candy chutes, catapults, easter-eggs, drive-bys and even scattered candy on front yards are all ways people celebrated nontraditionally.

Total national Halloween sales have gone down from $8.78 billion last year to a projected $8.05 billion this year according to The National Retail Federation’s surveys, but some who celebrated the holiday spent more than in past years. Carol McArthur is one of those people. McArthur and her husband set up a spooky pirate themed candy chute. With a safety message at the end of the chute, a spray bottle of alcohol for disinfecting and sanitized candy bars in plastic bags, Mcarthur wanted to make families feel safe while still participating in the festivities. “I’ve always loved Halloween. This has been a rough year for everyone,” McCarthy told The Associated Press. “I’m going a little more over the top than usual. There’s something about this year that I have to try a little harder to keep the magic going.”

Kath Ryan is a retired nurse who is still treating patients, this time with cakes. Ryan became ‘Cake Lady’ after filling a trolley with cakes and sweets to distribute to the injured military. It started 11 years ago when she baked a cake for her sister who then shared it with soldiers. When the soldiers asked if they could have a cake of their own, she came back the next day with enough cake to feed 35. Ryan has visited about 1,260 British hospitals and served an estimate of 1 million slices of cake. Now she has a charity called Cakes 4 Casualties to help pay for ingredients.

Ryan is well known among soldiers. Many of them having her cater weddings, celebrations and call on her for moral support even after the hospital. It’s not just the cakes that lift the spirits of the wounded; it’s her lively spirit. The soldiers are family to her; they come by to help with weeding, to you help in the garden or for a hug. David Wiseman is one of those soldiers. He never forgot the impact she brought into the hospital. “When all you’ve seen is doctors and nurses and the odd relative, it was just a bit of an assault on the senses,” Wiseman told The Associated Press. “And she was doling out hugs and, you know, cakes. … She just brought joy into that place.”

Andrés Burgos is finding a way to stop hunger one meal and one bike ride at a time. He began handing out arepas, Venezuelan corn flour patties, from his bicycle to children, adults and the elderly in need one year ago. What began with his own funds, now is funded by his family, friends and small-business owners. Every day for a year Burgos has woken up at 3 a.m. to make the arepas. During the pandemic his workload has increased exponentially, with daily meals increasing from 20 to 150.

Food security was a problem in Venezula even before the pandemic. The United Nations World Food Program reported that 9.3 million Venezuelans were victim to moderate or severe food insecurity. Burgos’s main customers are the homeless, some who have been there for years, others who live on the streets due to the pandemic. He hopes his initiative can reach other cities and will continue to provide the service as much as he can. “As long as there’s the need and I have the materials and the money to do it, I’ll do it,” Burgos told the Associated Press. “Whatever it takes.”

This year’s monsoon season in Bangladesh affected thousands, many left without care. In response a Bangladeshi charity called Bidyanondo hired a tourist boat and converted it into a floating hospital. Now, the aid that people need is able to come too them. With the flooding making it even harder to access hospitals, authorities warned of waterborne diseases, coupled with the threat of coronavirus. After months of calls to bring aid to the southwest regain most affected by the monsoon, one charity came up with the floating boat idea and set sail on the Jibon Kheya on Sept. 1 with eight doctors and nurses, two dentists, one ophthalmologist and a dozen trained volunteers.

One their first day they treated around three hundred people, referring more serious illnesses to a local hospital. After visiting multiple cities, the volunteers say they have treated thousands. After seeing the aftermath of the devastating monsoons, the charity hopes it brings awareness to climate change and how it affects their communities. “Climate change is a reality. Our people are suffering. So we wanted to create an example that we must stand by them. Jibon Kheya is for that,” Kishor Kumar Das, chairman of the Bidyanondo Foundation, told The Associated Press. “Jibon Kheya is just an example as we wanted to spread the message that we have to redesign our development concepts to reach out to the people devastated by the impacts of climate change.” 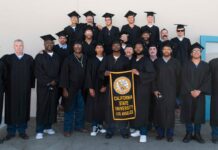 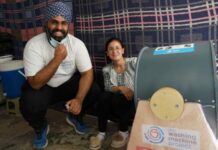 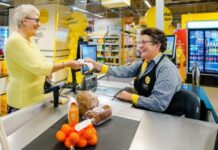