A man recently jailed for breaking into Taylor Swift’s New York City townhouse was arrested early Thursday after, police say, he did it again.

Roger Alvarado, 23, of Homestead, Florida, climbed a ladder and smashed a glass door to get inside the pop star’s pad around 2:30 a.m., police said.

No one was home, according to police, who did not provide information on how he was caught. A message requesting comment was emailed to Swift’s publicist.

Alvarado, on probation after getting out of jail Feb. 5, faces stalking and burglary charges. Court records didn’t list a lawyer who could comment on his behalf.

This is at least the third time Alvarado has been arrested at Swift’s home. The “Shake It Off” singer owns an $18 million, three-story building in Manhattan’s Tribeca neighborhood.

A break-in in April, in which police say Alvarado used Swift’s shower and slept in her bed, put him behind bars for more than nine months. As part of the sentence, a judge also ordered Alvarado to complete a mental-health program.

Two months before that, he was arrested for allegedly breaking the front door with a shovel.

Swift wasn’t home on either occasion.

In an article published Wednesday, Swift told Elle Magazine that she fears violence and takes precautions, such as carrying military-grade quick-clotting agents to stop bleeding from potential gunshot or stab wounds.

“Websites and tabloids have taken it upon themselves to post every home address I’ve ever had online,” Swift told the magazine. “You get enough stalkers trying to break into your house and you kind of start prepping for bad things.” 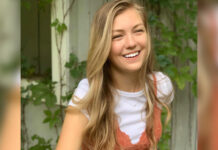