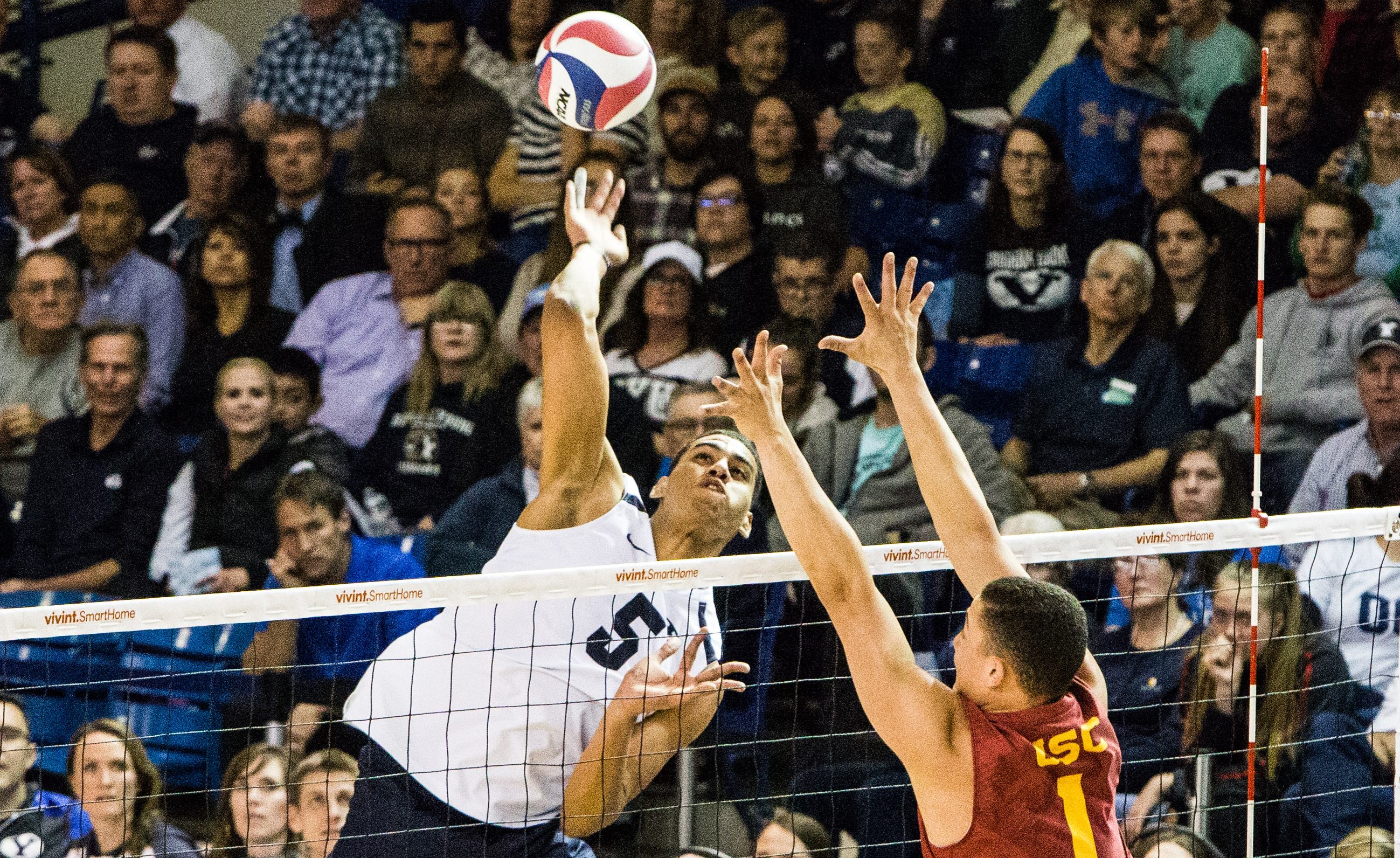 The No. 4 BYU men’s volleyball team had an up and down weekend, clinching the MPSF
regular season title by sweeping No. 4 Pepperdine on April 5, and was swept in a stunning loss to No. 5 UCLA just two days later.

This ends the Cougars regular season with an overall 20-6 record, 10-2 in conference.

At Pepperdine, the Cougars were led in their 3-set win by Brenden Sander, who had 11 kills on a .429 clip. Leo Durkin set the team with 27 assists and Wil Stanley gave a career-high of four aces in the 3-0 win.

“This was an impressive team performance tonight,” coach Shawn Olmstead said. “We served tough and kept Pepperdine out of their system. I’m proud of our focus from start to finish.”

BYU then went on to face UCLA for their final regular-season match on Apr. 7 in Los Angeles. The Cougars were swept (25-21, 25-23, 25-22), despite 14 kills from Gabi Garcia
Fernandez and nine kills from Storm Fa’agata-Tufuga.

Olmstead attributed the loss to poor execution on BYU’s part, and is hopeful for what the post-season holds, despite the loss.

“We just want to keep improving so that we can get better and better, especially as the end of the season nears,” Olmstead said.

BYU’s weekend ended on a high note, however, as Brenden Sander was named the March National Player of the Month. This award is highly deserved, as Sander had 20 kills and a .375 attack percentage against two nationally ranked teams, and also finished with double-digit kills in six matches and 15 aces during the month.

BYU will host the MSPF semifinals and championship at the Smith Fieldhouse, starting on Thursday, April 19, at 7 p.m. MDT. The Cougars go in as the No. 1 seed with their opponents yet to be named.

BYU sports mailbag: Conference realignment chaos, offseason activity and everything in between