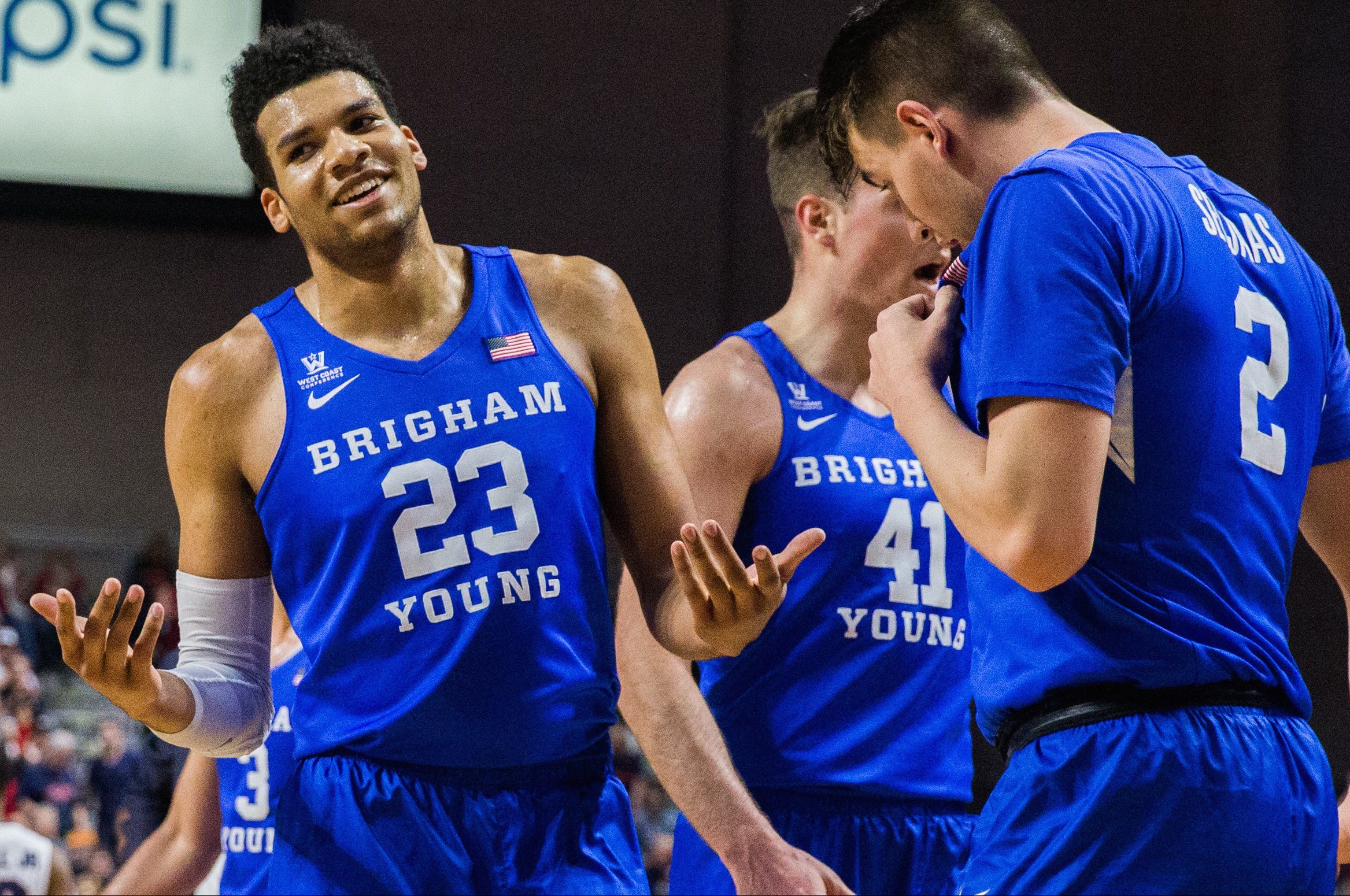 Yoeli Childs and BYU basketball officially announced Tuesday that the sophomore forward will enter his name in the 2018 NBA Draft, but will maintain his college eligibility by not hiring an agent, giving him the option to return to BYU as a junior.

Childs can begin working out with NBA teams as early as April 24, and is also eligible to be invited to the NBA Draft combine in Chicago, May 16-20.

The deadline to withdraw from the NBA Draft while maintaining NCAA eligibility is May 30.

A 6-foot-8, 225-pound forward, Childs was a first-team All-West Coast Conference player and earned USBWA and NABC All-District honors. He helped lead the Cougars to 24 wins while averaging 17.8 points, 8.6 rebounds, 2.2 assists and 1.8 blocks per game. Childs also shot a team-best 54.1 percent from the field and had 15 double-doubles.

Childs’ BYU career has been a constant upward trajectory, peaking in the WCC tournament where he posted a career-high 33 points in the semifinal, and went a perfect 6-for-6 from three in the final two games. The Cougars fell short of the conference title, losing to Gonzaga in the championship game.

The departure of BYU center Eric Mika opened up more opportunities for Childs this year as the go-to big man, and he has taken full advantage of those chances.

Mika was in a similar position last year following his sophomore year, and eventually hired an agent, foregoing his final two years of NCAA eligibility. Though not drafted into the NBA, Mika signed a deal to play professionally in Italy, where he served his mission.

Childs is two years younger than Mika was when he left BYU, and was not quite the dominant force in the paint Mika became in his second year where he averaged a near double-double of 20 points and nine rebounds in the 2016-17 season.

This season, Childs shared the scoring and rebounding load with do-it-all guard Elijah Bryant. Bryant graduates this spring, but still has one year of eligibility left due to his redshirt year in 2015-2016.

Prior to this season, the junior guard expressed interest in continuing school following graduation and getting his MBA, but with his history of knee problems, might choose to take advantage of his healthy years and go make some money in the pros.