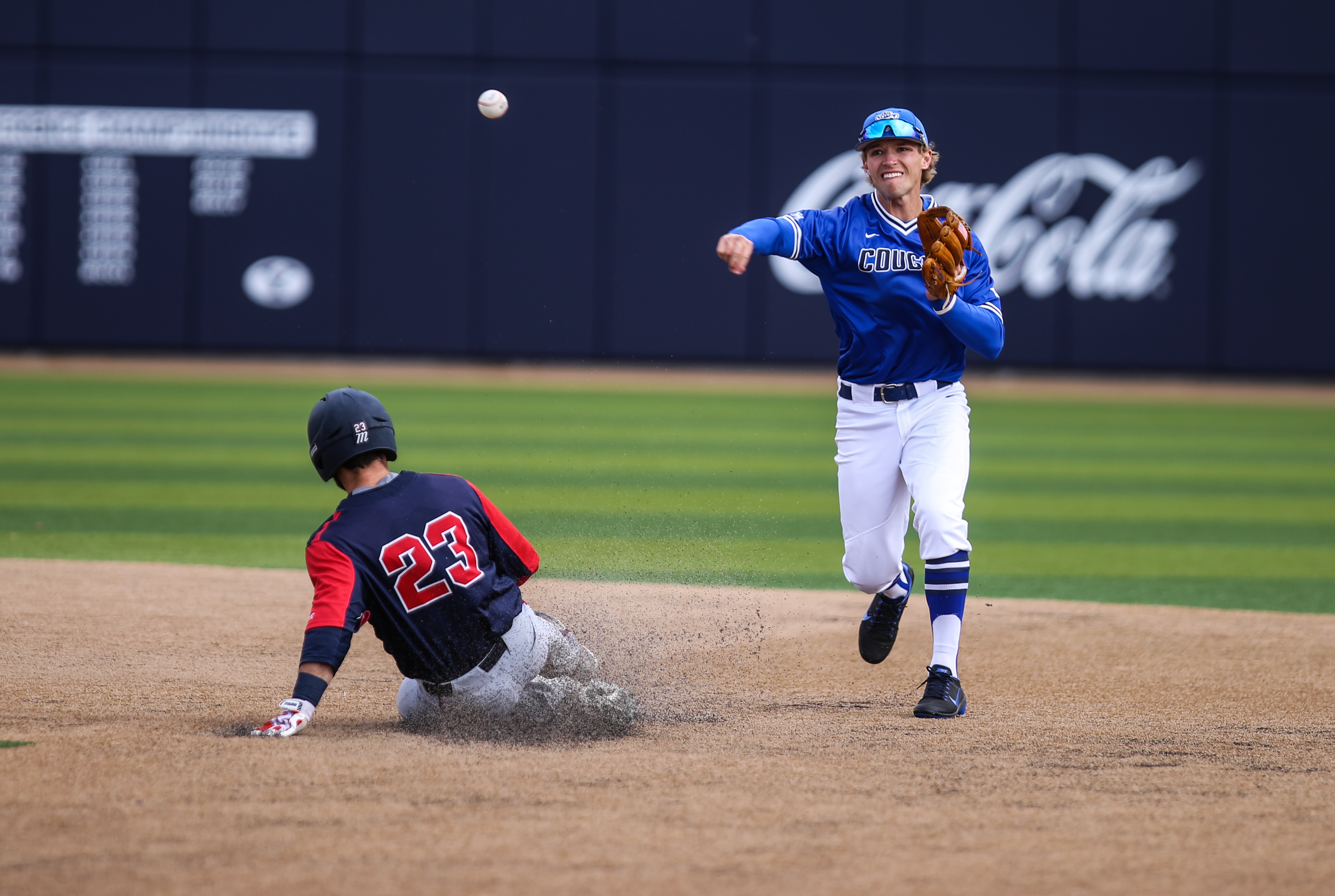 BYU baseball fell 4-3 to Gonzaga Saturday afternoon, following victories over the Bulldogs on Thursday and Friday, and a win over rival Utah on Tuesday.

The Cougars’ record now sits at 12-10 overall on the season, and a dismal 2-4 in conference play.

The team got swept at home last week by Loyola Marymount, and went to extra innings against Utah, eventually taking that one 7-6 off a wild pitch in the bottom of the 10th.

BYU came out confident against the Bulldogs in the first two outings, winning 6-4 and 6-2.

Coach Mike Littlewood mentioned that he liked the team’s defense in those two games, limiting their opponent to just one or two runs in an inning, something the Cougars lacked in the final game.

The game remained locked at 1-1 until the final innings. Second baseman Brennon Anderson made a critical error to allow a double hit, but redeemed himself soon after with a clutch catch with two runners on base.

“Anderson makes that play every day,” said Littlewood. “He didn’t make the play today that would’ve gotten us out of that inning without giving up any runs, but that’s baseball.”

The Cougars went through three pitchers in one inning trying to stop the Gonzaga batters, who went on a 3-run barrage in the top of the 8th inning. Rhett Parkinson eventually succeeded, getting the strikeout to end the Bulldogs’ run.

BYU was able to go on a scoring run of its own with two in the bottom of the eight inning, but were held short of tying the game. A double play by the Bulldogs sent them into the ninth inning up 4-3.

The Cougars made quick work of the Bulldogs to get back on offense, but weren’t able to get a hit, falling just short of the sweep.

Coach Littlewood's thoughts on the homestand and some mistakes that led to the loss today. pic.twitter.com/ykkR3E7nGs

“When two good teams play, it comes down to one play here or there, whether it’s on the offensive side or defensive side,” said Littlewood.

The team looks forward to improving its play on the road next week, with games at Utah Valley and Pepperdine.

Looking forward to next week: games at UVU and Pepperdine. #BYUBASEBALL pic.twitter.com/oPD4CI4V1m