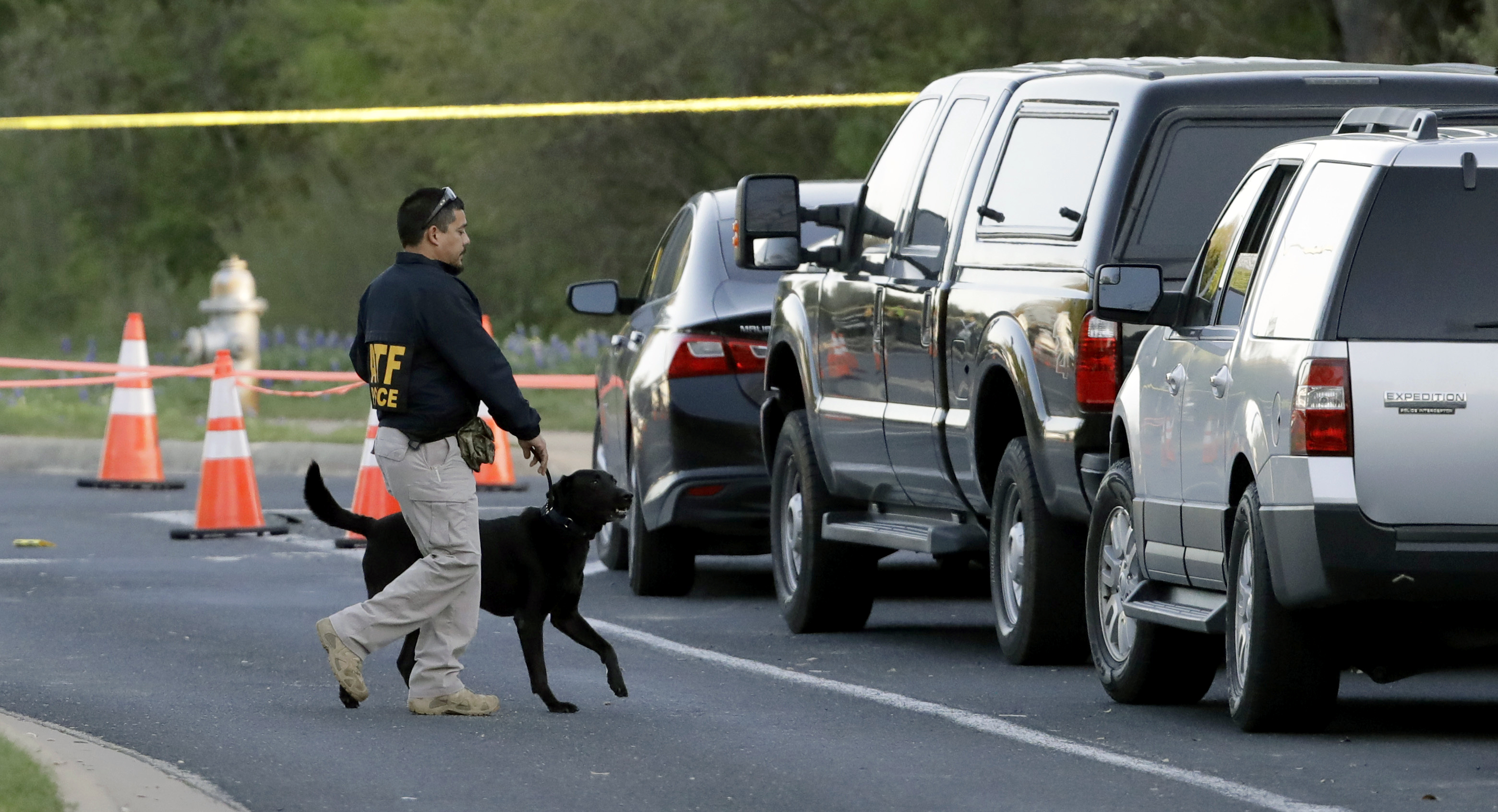 NEW YORK (AP) — The bombs were left on porches, then by the side of the road, then at a FedEx facility. The victims were black, then Hispanic, then white. The targets were in different parts of Austin, Texas, and then in San Antonio.

The seemingly zigzag work of an apparent serial bomber may be a sign that whoever is behind the attacks is determined to launch more of them.

“Successful serial murderers are determined, adaptable and cognizant of their surroundings, which allows them to learn from their mistakes, improve their abilities and implement new tactics to remain steps ahead of those searching for them,” said Enzo Yaksic, co-director of Northeastern University’s Atypical Homicide Research Group.

The suspect “could be engaging in these new behaviors in an attempt to challenge reports characterizing him as inexperienced and prove true those that reference his high level of sophistication.”

A bomb that went off early Tuesday was the fifth such explosion this month in a widening circle from Austin. Two people have been killed and five others injured. Hundreds of officers from multiple law enforcement agencies are on the case.

Randall Rogan, a Wake Forest University professor who is an expert on forensic linguistic analysis, said the person or people behind the explosions may get a thrill from evading capture.

“They’re learning. They’re feeling more and more confident,” said Randall Rogan, who worked with the FBI on the Unabomber case. “There becomes a game of wits, who can outsmart the other.”

Though to the public it may seem a series of random blasts, authorities are tightly focused on any connections between the attacks in hopes of pinning down a profile of the killer. The sites and the people targeted might offer some link to the perpetrator, but absent a smoking-gun video of someone dropping off a suspicious package, the bombs themselves may hold the greatest potential to unlock the mystery.

Mary Ellen O’Toole, a retired FBI agent and profiler who worked on the Unabomber and other bombing cases, and now heads the forensic science program at George Mason University, said because bombs require so many components, they increase the chance that whoever built it could leave a trace of themselves behind.

Investigators are “looking to see if they can determine a signature for the bomber,” she said.

Scouring the areas where the bombs went off could uncover something — a hair, a skin fragment, a part of a fingerprint — that might lead to the perpetrator. Police will analyze every part of the devices they can recover to look for clues from the materials and technique used to build the explosives.

“Even the way they bend or roll the wire,” said Michael Bussell, a former Army ordnance disposal technician who now teaches classes on the subject for the online American Military University.

As time passes, Rogan said, it’s likely the person or people behind the explosions will seek more than just the thrill of the crimes alone and will desire more recognition, something that could drive them to make contact with police or release some sort of communiqué or manifesto.

The complexity of the fourth bombing — which included a translucent trip wire — might suggest it was a test for something even bigger.

“This is an increase and expansion of sophistication and most likely a trial run for something to come in the future,” Rogan said.

The Unabomber case, which began with its first blast in 1978, provides both reasons to be hopeful and concerned about the Texas explosions.

While the FBI was able to build a correct profile of the bomber as having been raised in Chicago with ties to Salt Lake City and San Francisco, the big break in the case did not come for 17 years, when he sent a 35,000-word manifesto. Even then, Ted Kaczynski was identified as the Unabomber only after his brother came forward to help authorities.

O’Toole said it’s impossible to build a nuanced profile of the killer without all the evidence, but that bombers share some characteristics. They are willing to forsake some control in their mayhem since they are leaving a device that might not reach its intended target. They enjoy the risk of it — not just the danger of building a bomb, but also of transporting it to neighborhoods where people live and they could easily be caught.

And because the bombings have continued, they likely feel no remorse and are prepared to do it again.

“If this bomber is being motivated, in part, by the sense of power and control that he has holding the city of Austin in a state of fear, and depending how addictive that feeling is,” she said, “that can be a strong contributor to his doing it again and not waiting a long period of time.”

Robert Taylor, a former police detective who is now a criminologist at the University of Texas at Dallas, said a break in the case will come eventually.

“Something will come up somewhere. It will be a fingerprint on an envelope or DNA from saliva or a unique kind of detonator, or someone will just blab in a bar,” he said.