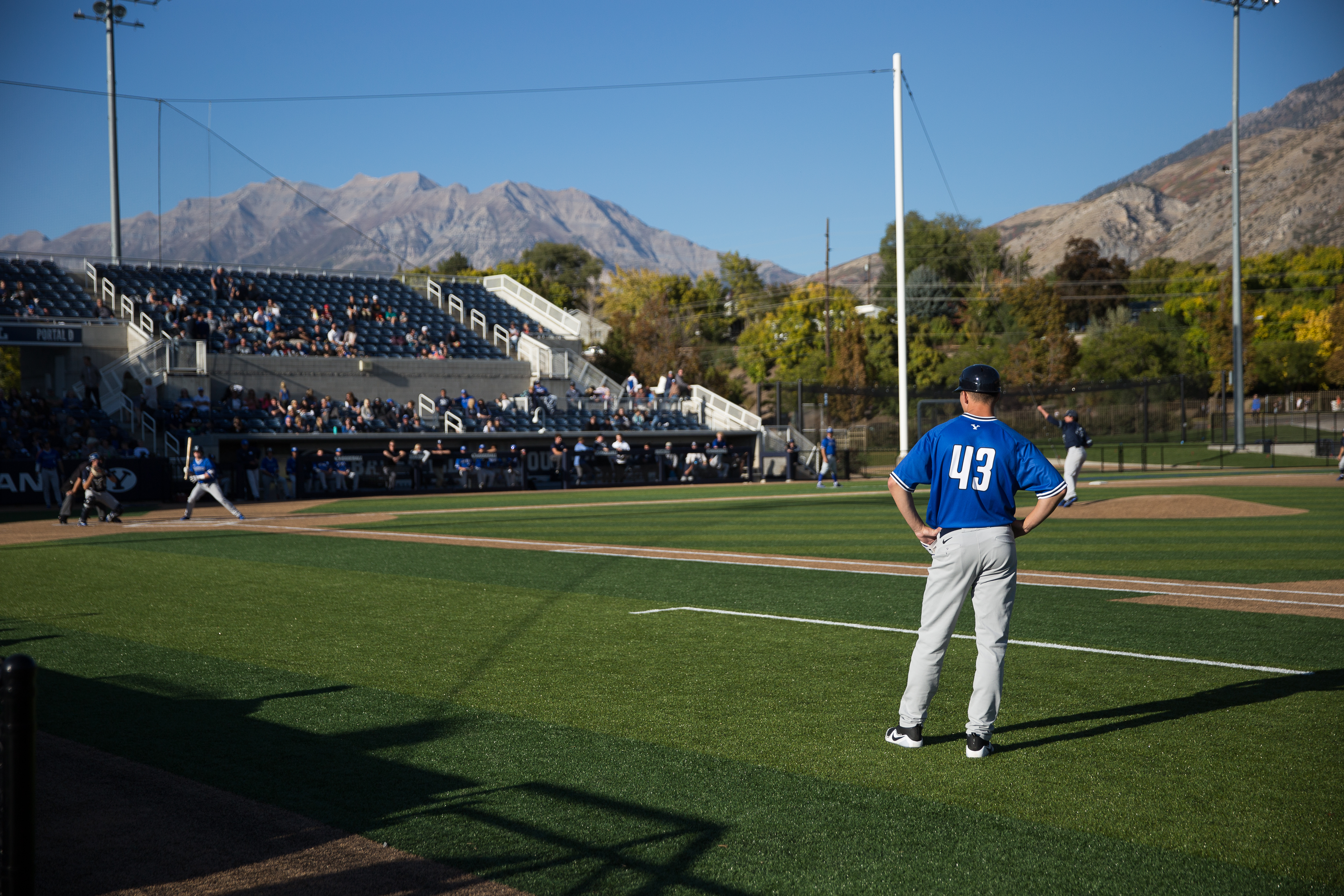 The BYU baseball team has struggled on the road to start this season following a 2017 WCC championship, posting a 5-6 record. The team returns home this week, hoping to string together some wins on its new turf field.

The turf is supposed to resemble natural grass, but this field does more than natural grass. The turf field has a heating system throughout, allowing it to melt up to six inches of snow in one hour.

The Cougars will host their first home game of the season against Nebraska/Omaha on their new field March 8.

BYU has played a tough preseason schedule, most recently taking on No. 18 Auburn, dropping all three games in the series.

After their final preseason game on Mar. 13 against UVU, the Cougars begin their conference schedule with home games against Loyola Marymount on March 15-17 at Miller Park.

LMU tied with the Cougars for first place in the conference last year and was voted to take third in the pre-season conference polls this year.

BYU finished last conference season with a 20-7 record and a WCC championship.

“Although I don’t put a whole lot of stock into preseason polls, it is nice to be recognized by our fellow coaches,” Littlewood said.

“Brennon has worked extremely hard during his time at BYU, and I couldn’t be happier for him,” Littlewood said. “He is really the engine that makes our team go, and he is well deserving of this honor.”

The team’s goals are to win another WCC title and go to the NCAA tournament this year. This success, along with the new field, should attract many new fans to home games this season.

The home opener against Nebraska/Omaha begins at 5 p.m. on Mar. 8 at Miller Park in Provo.