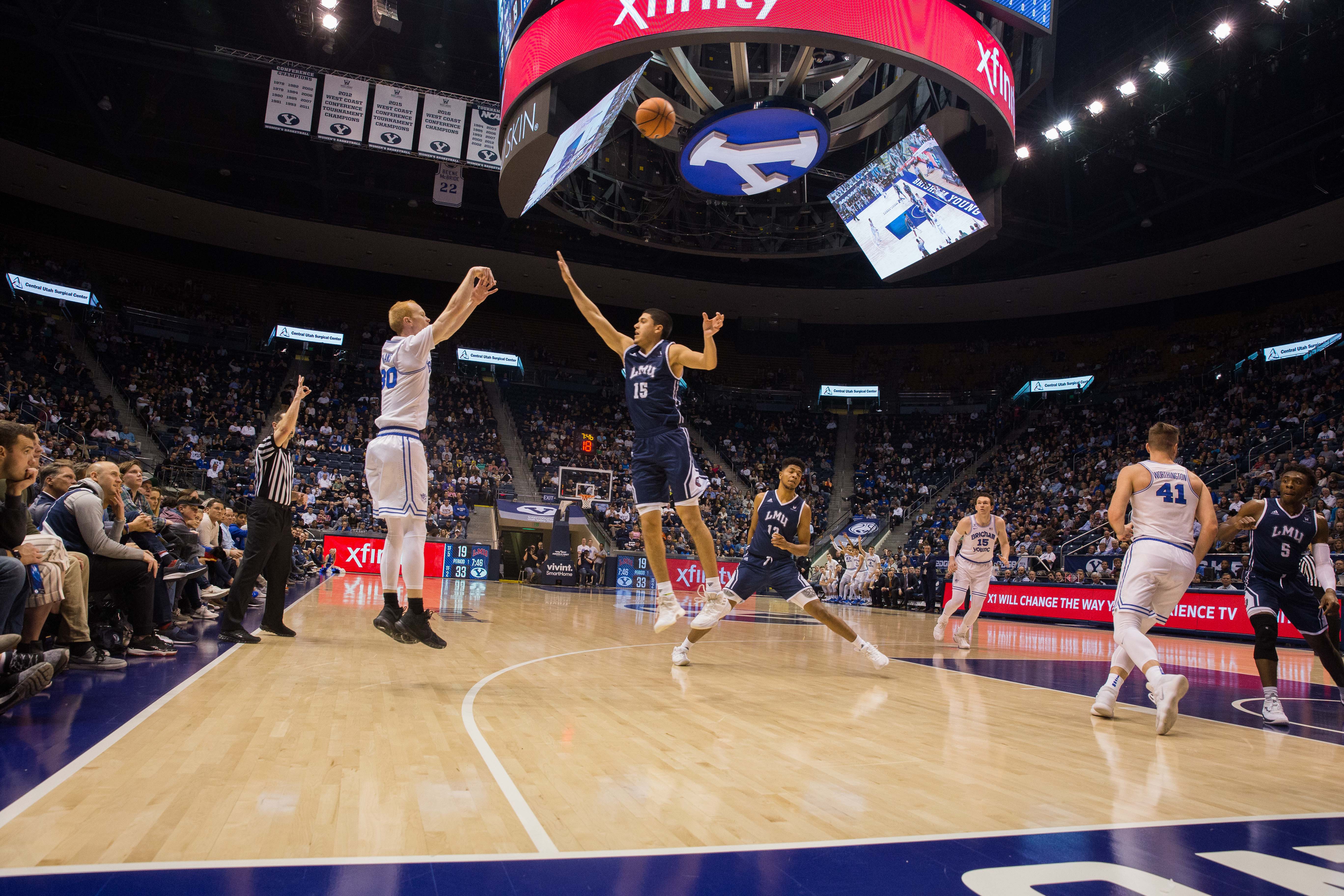 “Both teams had a good game plan and made a lot of adjustments.” said coach Dave Rose. “I thought it was a competitive game, Saint Mary’s is really good at what they do and they just stayed with it. It’s discouraging, we executed the game plan in a lot of ways, but just didn’t come up with a win.”

BYU got out to a 10-6 lead on the Gaels, with four players scoring within the first three minutes.

The two teams took turns exchanging the lead during the middle of the half, but Saint Mary’s started to pull ahead on a 5-0 run with nine minutes left in the first half.

At the end of the half, BYU’s defense stepped up, bringing the 10-point lead down to three, with the Gaels leading 33-30.

Early in the second half, BYU took the lead again with baskets by Childs and Bryant. Saint Mary’s then went on an 8-0 run to take back the lead again.

The Cougars brought the game within three again with nine minutes to go in the game, as Dalton Nixon got himself to the free throw line.

Saint Mary’s took control, however, and extended their lead in the final minutes, bringing the final score to 75-62.

On the game, Saint Mary’s shot 53.7 percent from the field while BYU shot just 42.6 percent.

BYU will return home Saturday, Jan. 27 to play against Pacific as they continue in the West Coast Conference. The game tips off at 7 p.m. MST.