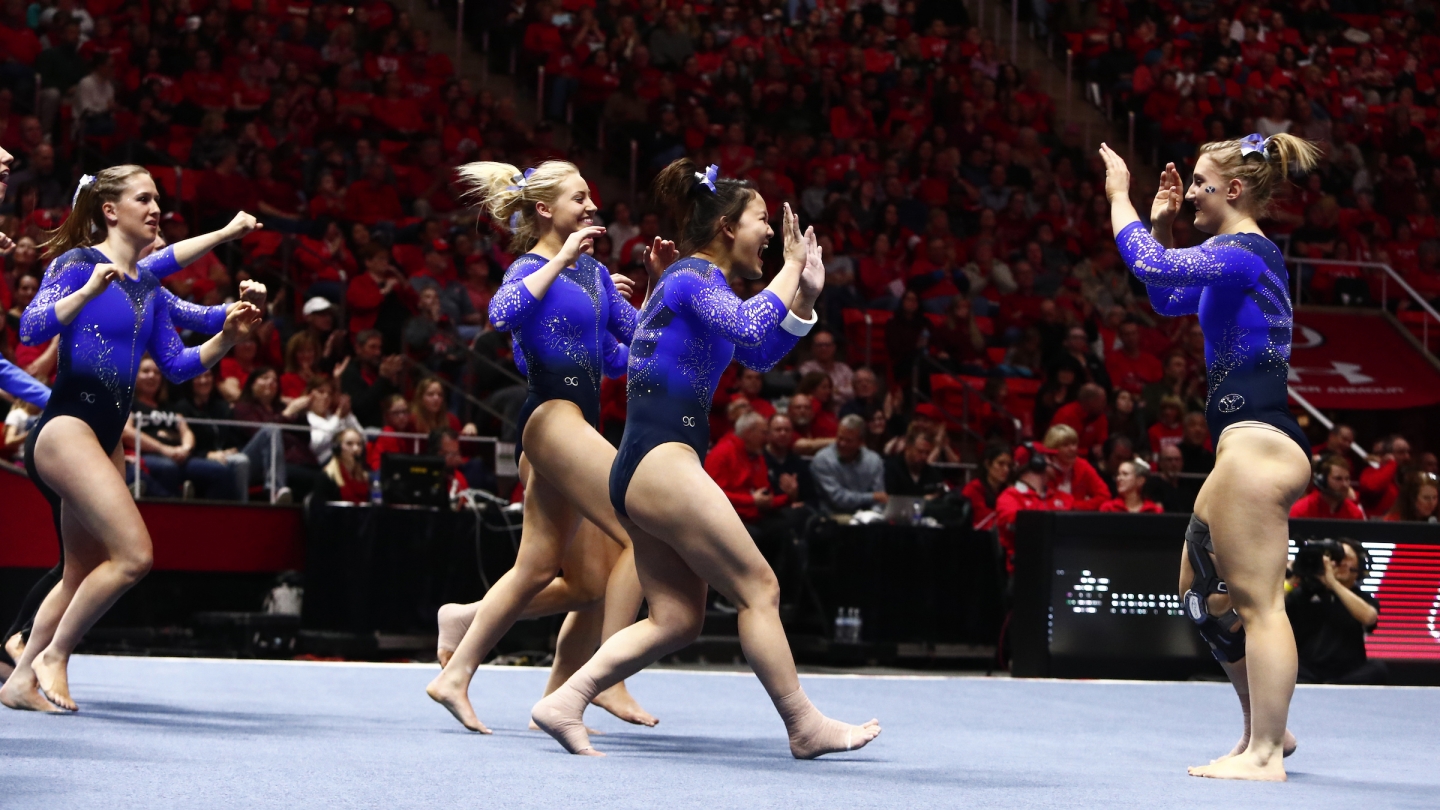 BYU gymnastics opened their season Friday, Jan. 5 with a loss to No. 5 ranked Utah in Salt Lake City.

BYU finished in fifth place at NCAA regionals last year, earning the team’s highest regional score in 12 years and a No. 33 national ranking.

The team installed a new camera system in their gym in the offseason that will allow them to view and analyze footage immediately following a run.

“You can take a turn, get a correction and catch your breath, and then you look up and your turn is now playing,” said third-year coach Guard Young. “It’s quick and efficient. The girls don’t have to spend time running across the gym to watch the turn, and no one has to dial up the playback video.”

Young turned to an architect, one of the gymnasts’ fathers, to design a custom, state-of-the-art system that is not used anywhere else.

“The system totally helps these girls visualize how they look when competing, and gymnastics is a sport that gets judged on how you look in your routine,” Young said. “Through repetition and doing that every turn, small corrections can be made that will eventually lead to higher scores.”

The system features touchscreens and an intuitive interface that the girls can learn to use without staff supervision or assistance.

This year the team faces a difficult schedule that was ranked the sixth strongest in the nation.

“We’re facing some excellent gymnastics teams with a very daunting schedule,” Young said. “That’s going to elevate our gymnastics when our girls are facing these athletes who have been on national levels.”

The Cougars will compete against four Pac-12 opponents, as well as Penn State from the Big Ten Conference. The Mountain Rim Gymnastics Conference championships will take place at Southern Utah University on March 24.

Shannon Hortman Evans will continue competing as an all-arounder after earning 2017 MRGC Freshman of the Year.

Young also said he has “high hopes for the freshman class becoming strong contributors this season.”

He named Abbey Miner as the freshman to keep an eye on this year, as she has “a huge tumbling pass you won’t want to miss.”

The team returns to Provo for its home season opener against Cal Berkeley Friday, Jan. 12 at 7 p.m. MST in the Smith Fieldhouse.