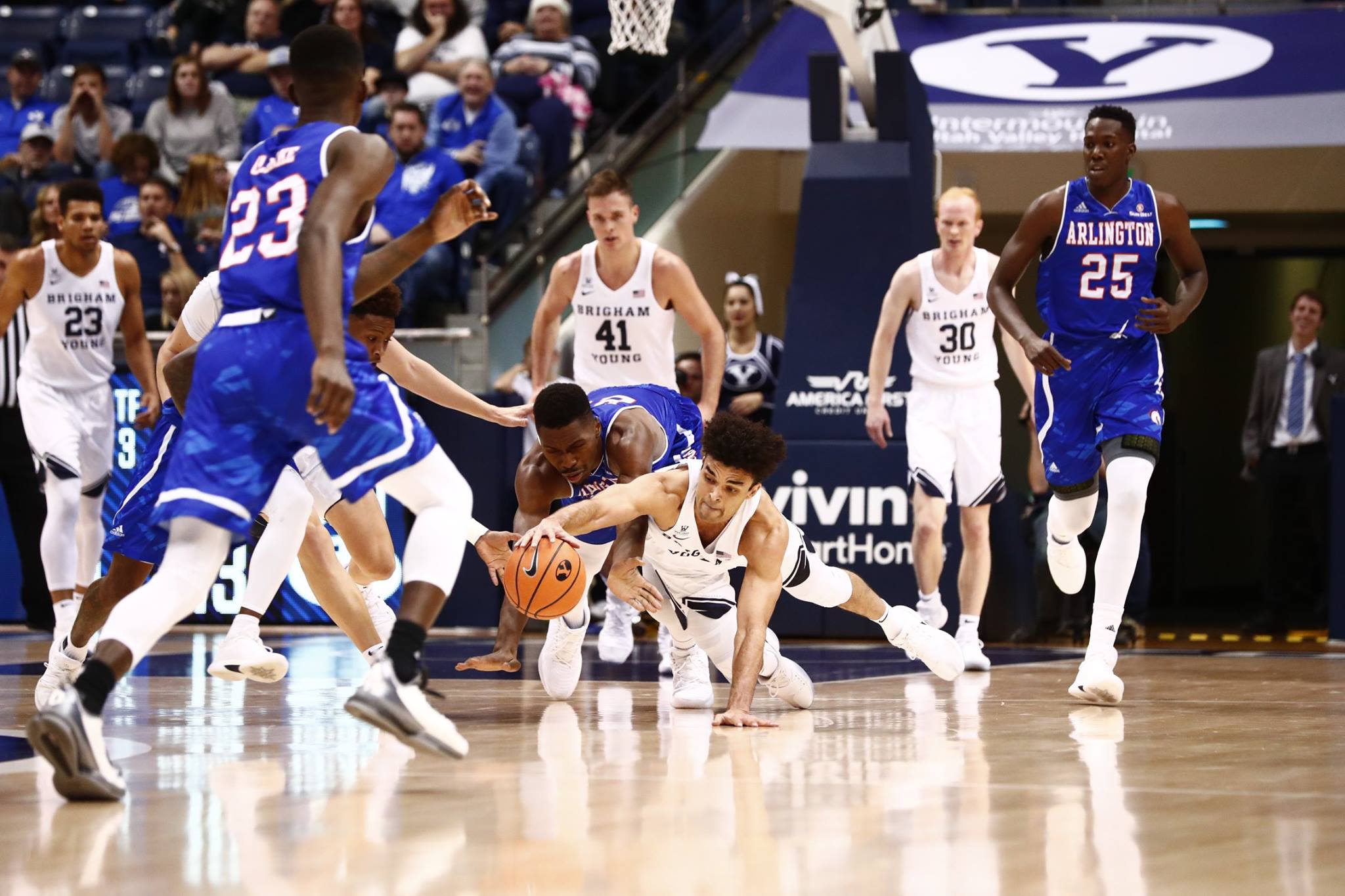 BYU men’s basketball dropped its first game of the season 89-75 in what coach Dave Rose described as a “long night” against an athletic UT Arlington squad.

BYU went up 8-2 early in the first half, but then the Mustangs went on a 17-2 run midway through the period and never looked back.

The high-pressure defense and athleticism of UT Arlington gave the Cougars a lot of trouble, who turned the ball over eight times in the first half and lost the rebounding battle 21-13.

“This came down to our inability to score,” Rose said, explaining his squad endured “too many droughts” throughout the night.

Meanwhile, the shots just continued to fall all night for the Mustangs, who shot 54 percent from the field and 60 percent from three-point range on the night.

Hawkins gets a trey for @utarlington. 11 points on the night!

“They made their shots and we didn’t,” said Elijah Bryant. “They executed really well.”

After making two early on in the game, BYU missed 18 3-pointers in a row. Seljaas broke the streak midway through the second half, but it was too late for the Cougars.

“I never felt like we had control of major minutes of the game,” Rose said. “The guys stayed together (however), and competed really well.”

The Mustangs led by 20 or more for nearly the entire second half, until Dalton Nixon brought the Cougars within 19 with 4:29 left in the game.

Erick Neal then hit a 3-pointer to all but seal the win for the visiting squad.

Rose called Neal, who had 21 points and 10 assists, “one of the best point guards to come through the Marriott Center,” mentioning his name among the likes of current NBA star Jeff Teague.

Kevin Hervey was the other star for the Mustangs, nearly getting a double-double of his own with 23 points and nine rebounds.

Nixon and Payton Dastrup proved to be bright spots for the Cougars; Nixon came off the bench for 15 points and seven rebounds, both career highs, and Dastrup went 2-for-2 from three-point range in his best shooting night yet.

“I just really tried to keep working hard,” said Nixon. “There was still time on the clock.”

Drive in DISH for Dalton Nixon!

Rose called Nixon a fighter and a good competitor, and expressed the desire to give the recently returned missionary more minutes on the court.

Both Nixon and Bryant emphasized the importance of the team coming together and working toward the next game.

“We just got to stick together as team and move on to the next one,” Bryant said. “We have to hold ourselves accountable for shots, including myself.”

The Cougars remain at home and will welcome Niagara to the Marriott Center Tuesday, Nov. 21, at 7 p.m. MST.  The game will be broadcast live on BYUtv.