Sister Callister shared the story of her grandson’s birth in 2014: the family was unsure “little Luke” would survive when he was born prematurely at 28 weeks, weighing a little over two pounds.

Despite the difficult birth, his parents loved him and spent time with him in the neonatal intensive care unit as often as possible, while their seven other children waited at home. Sister Callister shared a photo she particularly cherishes in which Luke is reaching out to put his hand in his father’s.

“Luke instictively knew that he could trust his father — that he was a source of comfort, love and even healing,” Sister Callister said. “In much the same way, we must reach out to the Savior and our Father in Heaven as the ultimate source of our healing.”

Women of the church can be healed from all ailments — whether they are physical, mental, emotional, social or spiritual — through Jesus Christ if they are willing to return, repent and become converted, Sister Callister said.

According to Brother Callister, return, repentance and conversion can be summed up in one word: obedience.

“If we obey God and submit to his will, we will return to him, we will repent of our sins, we will be converted, and as we do so we will be healed in the Savior’s chosen way,” Brother Callister said.

Brother Callister said as members of the Church strive to live obedient lives, they must remember the most important roles they have are not church callings or business titles, but those of mother, father, husband and wife. These titles, Brother Callister said, “stand supreme in the hierarchy of divine titles” and are second only to God.

He further explained mothers are not only women with children; every woman has the attributes of a mother and deserves the title.

Brother Callister said women who honor their divine titles and are obedient followers of Christ will be exalted in the future.

“In the meantime, as we work and struggle for that exaltation, every obedient woman is entitled to the Savior’s healing and enabling powers that can comfort, refine, perfect and give renewed hope on a daily basis,” Brother Callister said.

Mary, the mother of Jesus, was not an accomplished author or politician, and she may have spent her day completing mundane tasks. But there was “a divinity in her simplicity and her submissiveness to God’s will,” Brother Callister said.

“She was her children’s heaven-sent angel to guide, comfort and inspire them,” Brother Callister said. “And so are you wonderful women heaven-sent angels as you give your all to your children, extended family and the others to whom you reach out to with love.”

Sister Callister echoed this idea as she explained women can not only be healed, but also heal those around them.

“We can show our obedience by being instruments in his hands to bless the lives of others,” Sister Callister said. “The Lord often uses his daughters to invoke his healing powers. We are part of the Savior’s healing hands on the earth.”

“Because of the Atonement of Jesus Christ, the Savior’s healing powers are infinite,” Brother Callister said. “There is no rejection, no loneliness, no despair, no sin and no condition to which we can sink for which the Savior’s healing powers do not have the perfect remedy. Sometimes that remedy will include seeking appropriate medical and emotional care, for the Lord expects us to do all within our power to assist in the healing process, but the ultimate healing balm will be found in His atoning powers.”

Little Luke is now a happy and healthy two-year-old. Likewise, women of the Church can find happiness and health as they trust in and follow Christ.

“I am so thankful that no matter what our circumstances, that the Lord loves us and will heal us if we will ‘come unto Him,'” Sister Callister said, referencing 3 Nephi 9:14. “I am also grateful that in my own life, during times of trial and discouragement, I have felt the healing hands and power of our Savior.” 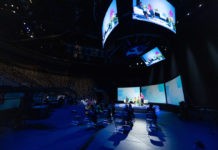 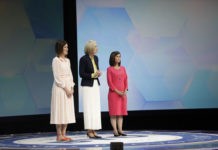 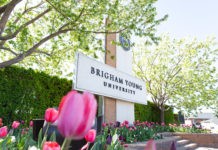