WASHINGTON (AP) — Investigators can now probe Twitter, Facebook and other social media sites as a part of background checks for security clearances — something that lawmakers said was a classic case of the government playing catch-up with technology.

Director of National Intelligence James Clapper signed a policy directive announced Friday that allows investigators to collect publicly available social media information pertaining to the person whose background is being checked. Unless there is a national security concern or the need to report a crime, any information pertaining to people who appear in the subject’s social media will not be investigated or pursued, the directive says. 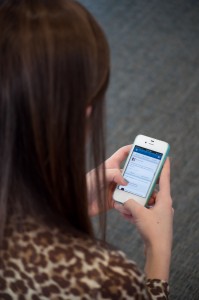 “It defied common sense for the government to overlook social media data available to anyone with an Internet connection,” said Rep. Jason Chaffetz, R-Utah, chairman of the House Oversight and Government Committee. He said he was glad the intelligence community was taking the step to fix “such a glaring lapse in our security clearance process.”

“It may surprise many readers to know the government only now is codifying its approach to the virtual lives of the people it entrusts with real secrets,” William Evanina, who leads the National Counterintelligence and Security Center, wrote in an opinion piece announcing the new policy Friday in The Hill newspaper. “What may be less surprising is that technology often outpaces policy.”

Evanina said the policy does not allow the government to “request or require individuals subject to the background investigation to provide passwords or log into private accounts, or take any action that would disclose non-publicly available media information.”

Evanina told Congress on Friday that the agencies had “to strike the right balance between what we need to … obtain reasonably from social media in the ever-growing Internet age and balance that with the civil liberties and privacy” of people seeking clearances.

Rep. Gerald Connolly, D-Va., ranking member of the subcommittee on government operations, said that while social media is a promising and valuable source of information, the government should not retain social media information of third parties that is collected in background checks for security clearances.

“However, I must also say that national security demands that Congress and the administration work together to ensure that our national security framework is able to adapt to evolving technologies must faster than the usual pace that is characteristic of the federal government,” Lynch said.