Fredette’s 35 points were a D-League All-Star Game record. He also grabbed six rebounds and dished out six assists. He finished +15 on the night.

After the game, Fredette spoke to NBA TV. That interview can be seen below.

Fredette has found renewed success in the D-League after being cut by the New Orleans Pelicans earlier in the season. He is averaging 22.6 points per game, 4.8 assists per game and 4.5 rebounds per game for the Westchester Knicks. 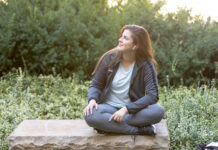