The Center for Disease Control reported out-of-wedlock births are down for the sixth consecutive year in a row, according to preliminary findings in 2014.

According to the National Center For Health Statistics, the changing age demographics of motherhood could be one reason behind the new trend. Birth rates have reached a record low for women under 25 and continue to rise for those above 40.

Birthrates fell to an all-time low since 1976 for women in their teens and 20s, while the birthrate increasing to the highest level it has been in four decades for women in their early 40s. A total of 43 percent of births are now from women 30 years and older, according to the center.

The trend of rising out-of-wedlock birthrates continued to rise from 1980 until 2008 when birthrates in general began to decline, coinciding with the recession. According to the New York Times, the number of women that have chosen to delay childbearing until they are more economically stable has declined by nine percent since 2007.

Current trends suggest education and economic stability may have an impact on out-of-wedlock birthrates.

In comparison, women with less education — like basic high school education — began having children at the age of 24, according to a 2015 Pew research analysis of census data.

While out-of-wedlock birthrates aren’t shifting at BYU, Justin Dyre, an eternal families professor at BYU, said students take on the attitudes of the rest of the world in some areas.

“In the world, it used to be that you should have a lot of kids; it was seen as the pinnacle of life,” Dyre said. “Now children are seen as an impediment of life. It is a very natural reaction to the attitude that people are having about families. BYU students have followed a lot of the trends in family life and the role it should play in individual lives.”

In the 1996 Brookings Policy Brief, “An analysis of out-of-wedlock births in the United States,” by George A. Akerlof and current chair of the Federal Reserve Board Janet L. Yellen, easy access to contraceptives is partly to blame for the rise in out-of-wedlock births.

“We have found that this rather sudden increase in the availability of both abortion and contraception, we call it a reproductive technology shock, is deeply implicated in the increase in out-of-wedlock births,” Yellen and Akerlof said in the brief.

Although many observers expected liberalized abortion and contraception to lead to fewer out-of-wedlock births, the opposite happened because of the erosion in the custom of “shotgun marriages,” according to the brief.

However, according to Forste, current opportunities to obtain contraception at the present have a hand in lower out-of-wedlock-birthrates.

“Out-of-wedlock birthrates will change in terms of contraception availability,” Forste said. “Generally, if women have access to contraception and it is affordable, then out of wedlock births will decline. That is something that is covered by the Affordable Care act.”

While Forste believes that contraception will cause a decrease, others believe that things like the ‘morning after pill’ will also contribute to the declining numbers.

“The FDA’s legalization of ‘the morning after pill,’ over the counter purchasing in 2012 has had an impact on the abortion rate, though I feel emergency contraception is much like abortion,” said Tammy Hill,  Adjunct Professor in the School of Family Life at Brigham Young University and therapist at the Marriage Clinic of Utah. 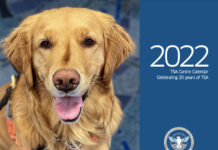