Ahead of a historic trip to the Arctic, President Barack Obama erased a former Republican president’s name from North America’s tallest peak in a move applauded in Alaska and derided more than 3,000 miles away in Ohio.

Stocks remained mostly lower in midday trading Monday, but a spike in oil prices helped energy shares reverse an early decline. Investors continue to focus on the Federal Reserve, which appears to remain on track to raise interest rates as soon as September.

Oil prices, which had been solidly lower earlier in the day, jumped in late-morning trading. U.S. crude surged $2.49, or 6 percent, to $47.80 a barrel after the U.S. Energy Department cut its estimate for the country’s oil production, citing reduced production in Texas.

A World Health Organization spokeswoman says that Ebola experts are in Sierra Leone’s Kambia district investigating a case that emerged less than a week after the country’s last known patient was discharged from hospital.

Dr. Margaret Harris said Monday that once the source of transmission is found and contacts are traced, a vaccination trial will also begin in northern Sierra Leone.

Harris said they are investigating how the woman got the deadly virus, concerned with the possibility of a silent chain of transmission.

The worst Ebola outbreak in history has killed nearly 4,000 people in Sierra Leone and more than 11,300 overall.

Legal experts say Clinton is off the hook 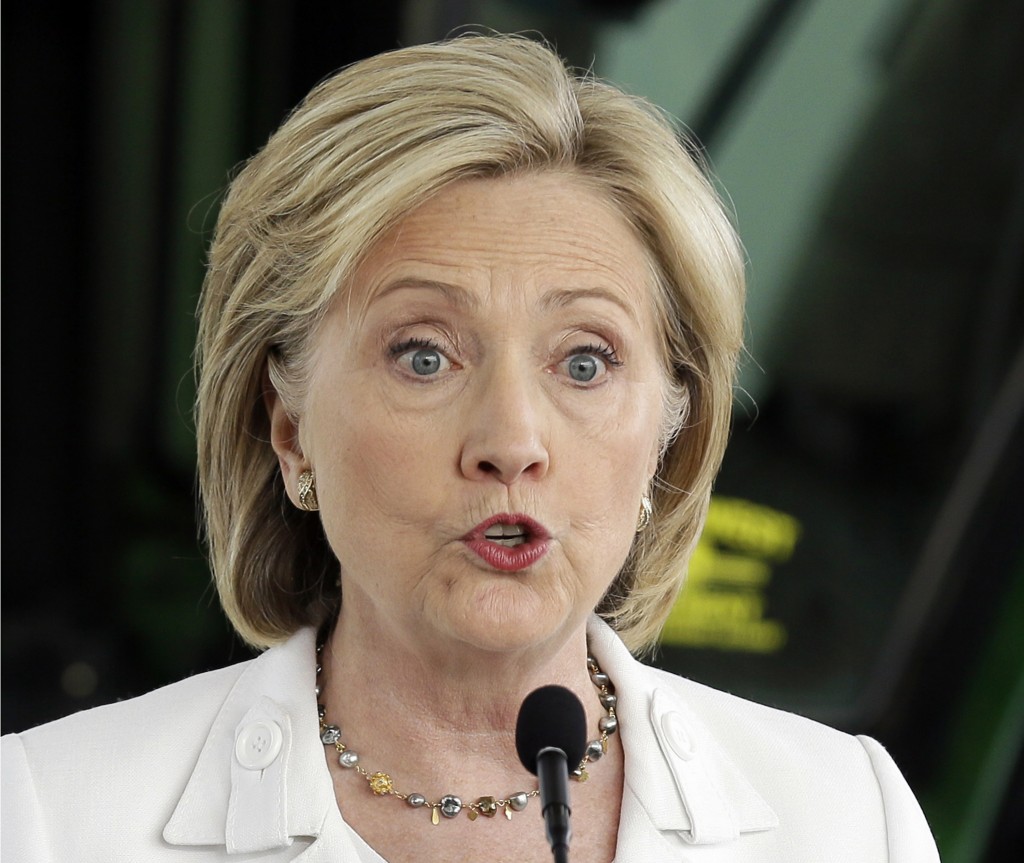 Experts in government secrecy law see almost no possibility of criminal action against Hillary Clinton or her top aides in connection with now-classified information sent over unsecure email while she was secretary of state, based on the public evidence thus far.

Some Republicans, including leading GOP presidential candidate Donald Trump, have called Clinton’s actions criminal and compared her situation to that of David Petraeus, the former CIA director who was prosecuted for giving top secret information to his paramour. Others have cited the case of another past CIA chief, John Deutch, who took highly classified material home.

But there is no evidence of emails stored in Hillary Clinton’s private server bearing classified markings. State Department officials say they don’t believe that emails she sent or received included material classified at the time. And even if other government officials dispute that assertion, it is extremely difficult to prove anyone knowingly mishandled secrets.

Salem High School will open its doors to the community Monday to commemorate the life of an alumnus — Adam Ward, the 27-year-old cameraman for a Roanoke television station who was slain on live TV last week.

The family of Ward, a 2007 graduate of the school, has asked visitors to wear colors of his favorite teams, Virginia Tech and Salem High, where he played football for the Spartans on two state championship teams. His funeral is set for Tuesday at First Baptist Church in Roanoke.

The Ward family has stayed out of the spotlight since Wednesday when he and reporter Alison Parker were gunned down by a former co-worker.