The track and field teams returned from the Sun Angel Classic in Arizona, after a great weekend of competition. The women represented with five new personal records, and the men blasted through with a strong showing from their sprinters. 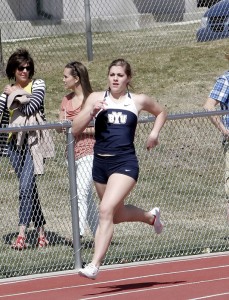 “I said a prayer, I put on my spikes and I ran faster,” Atrice said. “I was happy that I ran fast and that I didn’t injure myself.”

The men’s pole vault also had a great showing with both Victor Weirich and Braydon Bringhurst clearing the 17 foot mark. Bringhurst set a new personal record with 17-01.00, and Weirich took first place in the premiere section with 17-07.00.

In the women’s throws, Deezbaa Whaley finished fifth in the discus and sixth in the hammer throw with throws of 42.62m and 54.75m, respectively.

Next weekend the Cougars head to Sacramento State for the Mid Major Challenge at Hornet Stadium.